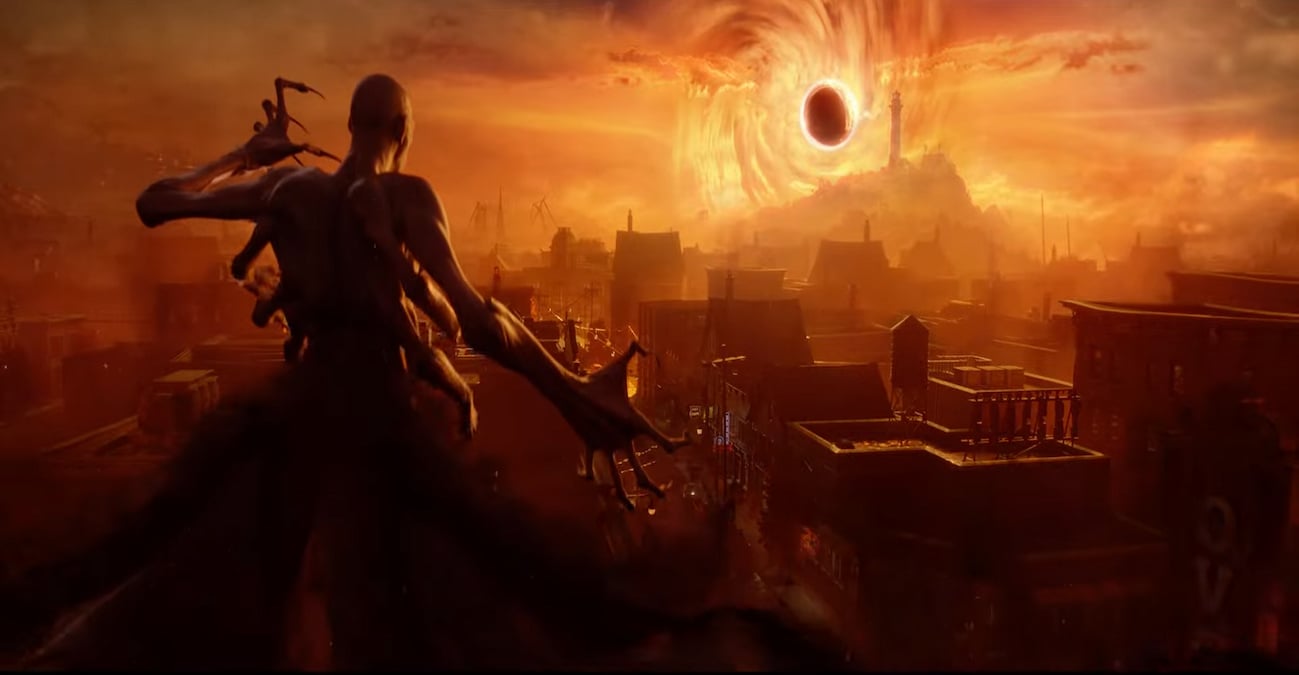 Someone has shared images and gameplay details of Bethesda’s upcoming title Redfall, which is currently being developed by Arkane Studios. The game was announced earlier this year and is currently scheduled to release at some point next summer.

The leaker shared 14 screenshots that are slowly being taken down, presumably by Bethesda. We’ve chosen not to host the images but have included the posts on Twitter where you can find them whilst they are still live.

In addition to these images, several gameplay details were shared about this extremely early alpha build. Gameplay is said to resemble that of Borderlands, with players picking characters from a roster of pre-set heroes, each of which has their own abilities. The abilities allegedly resemble the powers seen in the Dishonored series, but you could also say that about Deathloop, so this doesn’t seem too much of a stretch.

The world will be pocketed with missions and open for co-op or solo play. However, it will be a seamless open world similar to the Appalachian Wasteland in Fallout 76. The key focus with Redfall, unlike most of Arkane Studios’ games, will be on collecting new weapons to murder enemies with. Each character will have three abilities for you to use alongside any weapons you collect, allowing players to cause as much mayhem as they want.

The game pits each hero against an army of vampires. Weapons will all be designed to kill vampires as efficiently as possible. The UV Beam, for example, is the weapon from the trailer which fires a concentrated beam of light at vampires to burn them to death. Meanwhile, the Stake Launcher is a machine gun that fires stakes into the chests of vampires.

If these details are true, then this will be a big departure from Arkane Studios’ normal brand of game. Shifting to a Borderlands-esque feel may detract from what makes the studio’s games unique, but only time will tell if all of these details make it into the final product.