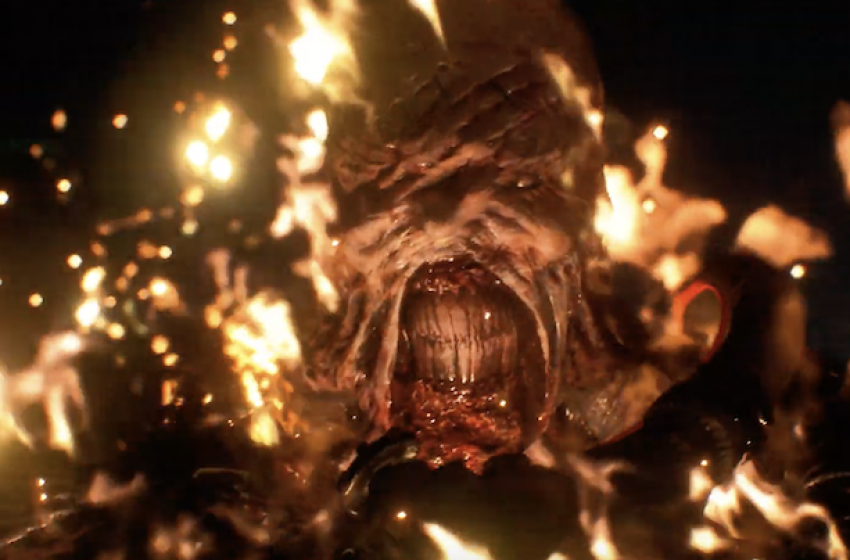 The Nemesis is back, and boy, is he angry.

A new cinematic trailer for Resident Evil 3’s remake has dropped, revealing a very hungry pursuer that will stop at nothing to get his clutches on Jill Valentine.

The trailer features a number of characters included in the upcoming remake. including a closer look at Carlos Oliveira, the Umbrella Biohazard Countermeasure Service (U.B.C.S.) agent who saves Jill and, later, becomes her partner.

We also get to meet other members of his team, who aren’t exactly thrilled to see her joining the ranks. This includes Brad Vickers, who was a survivor from the original mansion incident that was covered in the first Resident Evil.

Mainly, though, the trailer’s focus is on Nemesis, who hunts down Jill with a vengeance. He utilizes a flamethrower to quite good effect, and also brings along his laser-guided rocket launcher. Jill tries to stop it multiple times — at one point, even ramming it with a car — but Nemesis just keeps getting back up for more.

Related: Resident Evil 3 will not have multiple endings or QTE, but Carlos will be playable

The trailer also features a first glimpse at the redesigned Hunter, and, needless to say, it’s highly effective. Capcom notes that it’s “an incredibly fast and powerful adversary.” Though we haven’t seen it do too much just yet, it clearly wouldn’t hurt to save up your ammo.

Resident Evil 3’s newest game footage looks fantastic, as it promises to be just as good-looking a release as last year’s Resident Evil 2. We’ll hold judgment until the final game arrives, but Capcom seems to have something special here.

Resident Evil 3 drops on April 3 for Xbox One, PlayStation 4 and PC, and it brings its new multiplayer game Project Resistance along with it.