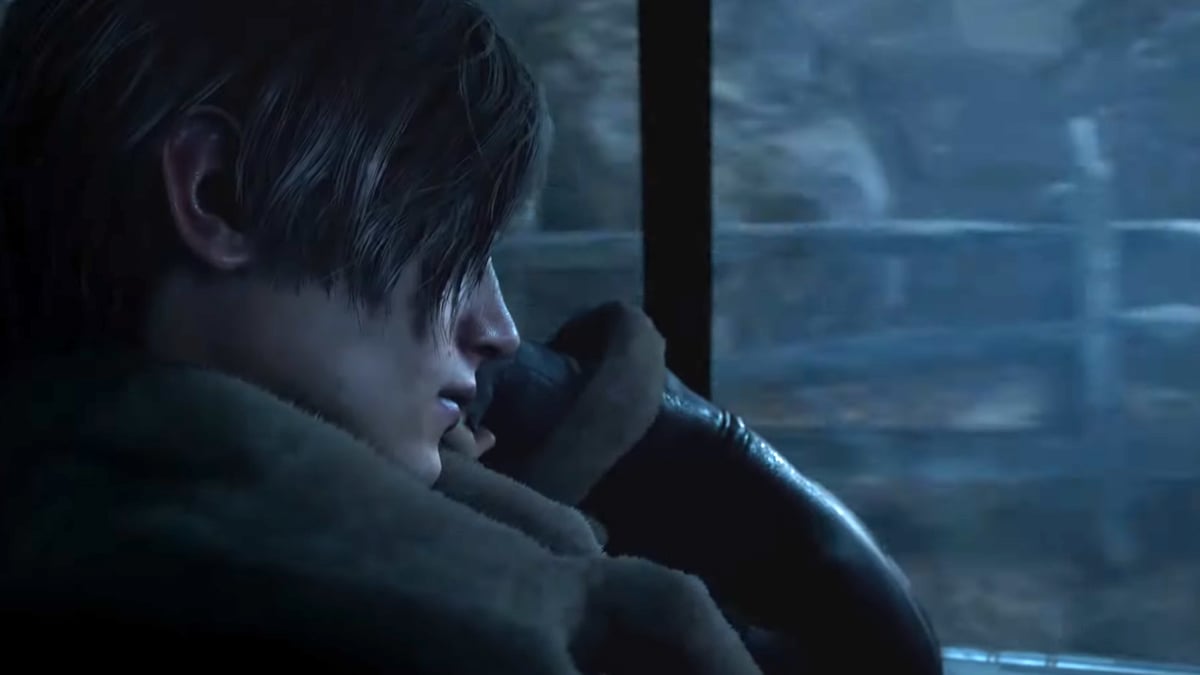 Resident Evil 4 Remake has been officially announced, and Leon Kennedy fans will be able to revisit the village, castle, and island next year. Until then, many of them will be speculating about what could change between this remake and the original game, and about potential connections to other games. Resident Evil Village in particular is getting attention again.

First up, Reddit user kaijumediajames noticed a similarity between a symbol in the announcement trailer and one from Village. As they illustrate with a pair of screenshots, 4 Remake has a blood-stained carving that shows four hands grasping a ring. It does have somewhat of a resemblance to the four houses symbol from Village, with its four wings and ringed design. You can see the carving yourself in the trailer below:

Fellow Reddit user lejitness compiled a few other possible connections in another thread. Resident Evil 4’s overarching villain Saddler is introduced in a similar manner to Village’s Mother Miranda, and lejitness speculates that she could have even been the one to introduce Saddler to the Las Plagas parasites. They do function similarly to the Cadou mold in Village, and in fact, there was much speculation when Village was first announced about its own ties to 4. The Duke, who sells Ethan weapons and other gear in Village, even directly quotes 4’s merchant at one point. That’s the clearest connection we have.

Of course, this is all speculation at this point, so take these theories for what they are — unproven, albeit educated guesses. Yes, Resident Evil 4 and Village are set in a similar part of the world, but their events are nearly 20 years apart. Don’t expect Lady Dimitrescu to show up in Salazar’s castle (or the Netflix series, for that matter). Even so, Capcom could surprise us when the remake arrives next year.

Specifically, its release date is March 24, 2023. Resident Evil 4 Remake is coming to PlayStation 5, Xbox Series X/S, and PC. There will be PSVR 2 content for the game as well.