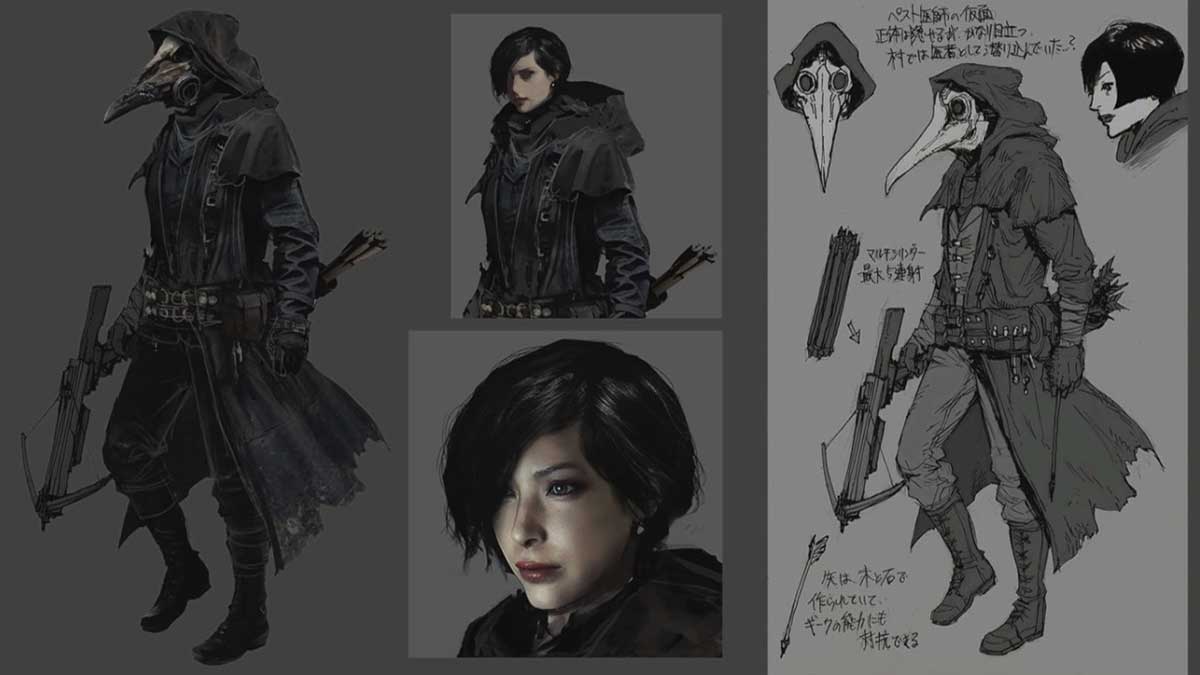 Concept art for Resident Evil Village has revealed that Ada Wong was once meant to star in the game. The concept art is freely available to all players who purchased the Collector’s, Complete, and Deluxe editions of the game as part of the Trauma Pack DLC.

The artwork that specifically reveals Wong as a cut character is titled “The Tragedy of Ethan Winters Artwork.” In stark contrast to her other appearances throughout the series, her red dress is gone. Instead, it looks as if she’d have been disguised as a plague doctor. However, her faithful crossbow did make the transition, at least in art form.

The caption accompanying the art reads, “Early plans had a mysterious masked person that saves Ethan. This was going to be Ada Wong investigating the village, but this was cut due to a number of conflicting scenarios.” In the final game, a throwaway comment at the start tells us that Ethan Winters has had some weapons training since the events of Resident Evil 7. Initially, maybe other characters like Ada Wong would have done most of the shooting.

This gothic variant of a classic Resident Evil character is yet one more reference to Resident Evil 4 to be drawn from Village. With several villains on the scene, it would have made sense canonically for her to be investigating the strange goings on. An Art Director’s note on the concept art adds that Ada Wong would have been helping Ethan escape from his trial. Whether this is a reference to a specific in-game event or the entire ordeal isn’t known.