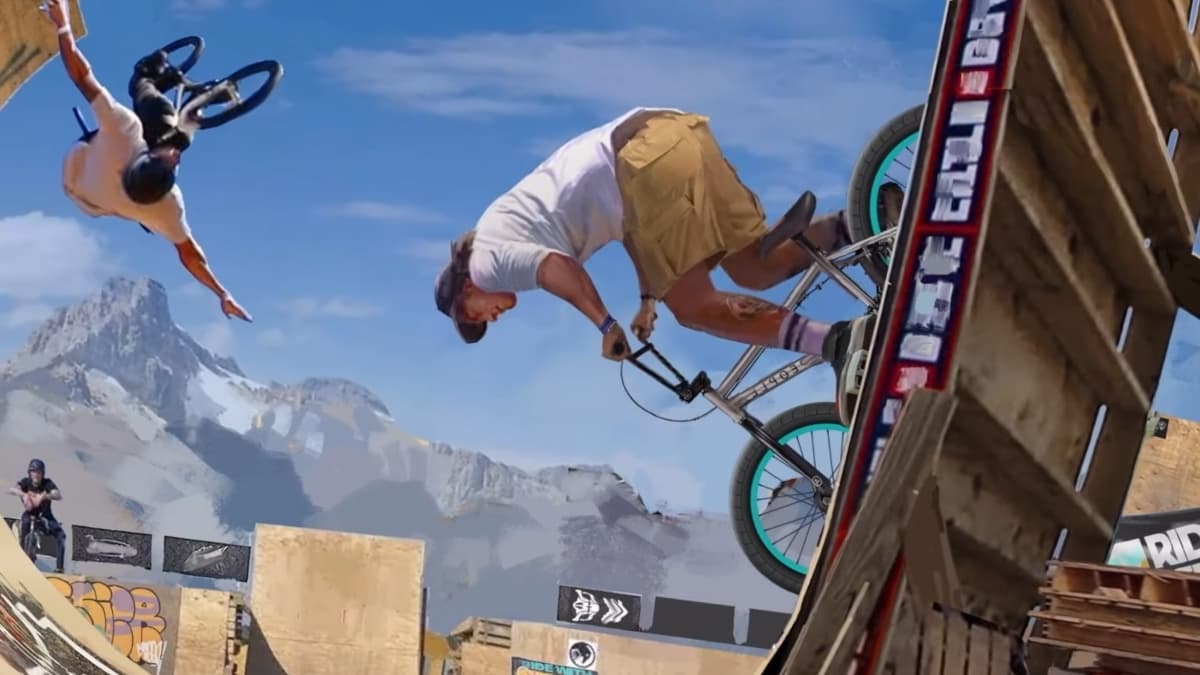 Ubisoft’s Riders Republic might not release until October 28, but that hasn’t stopped the developer from planning ahead. Today, they revealed a host of content that will arrive in the game over the next 12 months, including a purchasable Year One Pass and additional game modes.

At launch, players can enjoy The Grand Opening, a pre-season event where they can compete in Mass Races and Trick Battles. Each week, there will be several challenges to tackle to earn additional rewards. All of this will be free, but players who fork out for the Year One Pass will receive extra goodies during the Grand Opening and beyond.

The pre-season event includes Exotic Kits containing the Rocket Bike and Rocket Skis. An additional six Exotic Kits will then arrive throughout the year. However, players who don’t buy the Year One Pass can apparently try these Exotic Kits out.

The first Season is called Winter Bash and will host several limited-time wintery events and the first season progression for unlocking rewards. During Winter Bash, Year One Pass owners will receive an exclusive Cosmetic Bundle.

After Winter Bash, we have Showdown Mode, which introduces a 6 vs 6 multiplayer mode and a new season progression. There doesn’t seem to be anything exclusive for Year One Pass owners during Showdown Mode, but that could be because of the third season, BMX.

For Year One Pass owners, BMX Season introduces a brand new career with sponsors and events to tackle. On top of that, they can grab another Cosmetic Bundle. For everyone else, the season unsurprisingly adds the BMX to Riders Republic along with several events and arenas designed with the bike in mind. And, of course, there’s another season progression to complete.