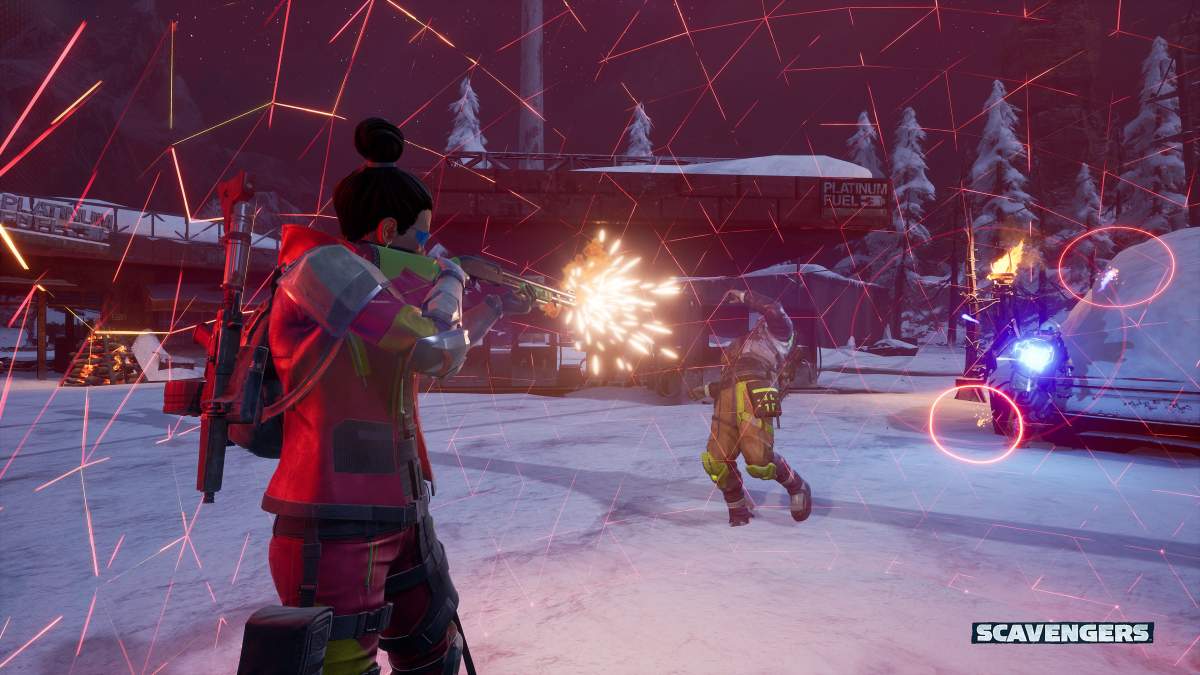 Midwinter Entertainment’s survival royale Scavengers is having a bit of a rocky launch. The most common complaint against the game is that the progression system borders on being pay to win. This sentiment is present in many of the negative Steam reviews for the game, which comprise 46% of all reviews at the time of writing. Players have also frequently voiced this complaint on social media and on the game’s official Discord.

Scavengers’ progression is based around the Research System, which allows players to unlock new character perks and craftable items progressively. The current consensus among players is that many of the items unlocked in the later stages of this system are stronger than the starter items, and that using them amounts to having an advantage over players who haven’t been able to unlock them yet.

The real problem lies with how Research items are unlocked. Each new Research project asks players to invest two different types of resources, and then wait a certain amount of real-life time for the items to become available. Buying and playing Explorers gives players more of both types of resources required, and the wait time can be skipped by paying in-game currency. In effect, the entire Research System can be accelerated for players willing to spend currency on it. Hence the pay to win label.

The only other way to power through the Research System is by consistently winning matches. While in most other competitive shooters, victory rewards players with cosmetics, high leaderboard placement, or other abstract rewards, in Scavengers, winners get more resources to invest in the Research System. Most players believe that having higher tier Research items unlocked makes winning matches easier, further reinforcing the pay-to-win perception.

Some observers have noted that the issue may be blown out of proportion. Scavengers community figure Jake “BagginsTV” Freeman criticized the Research System early on but has since adjusted his opinion somewhat, noting in a recent video that high-tier Research items are much more difficult to craft and use in-game, which makes them situational.

At this point, it’s not clear whether Scavengers is having a problem with an exploitative monetization and progression system or is just grossly misunderstood. It’s also important to note that the game is currently in early access, and there is no way to spend real money on it. Until Scavengers launches in earnest, the question of whether anything in the game will be pay to win is entirely hypothetical.