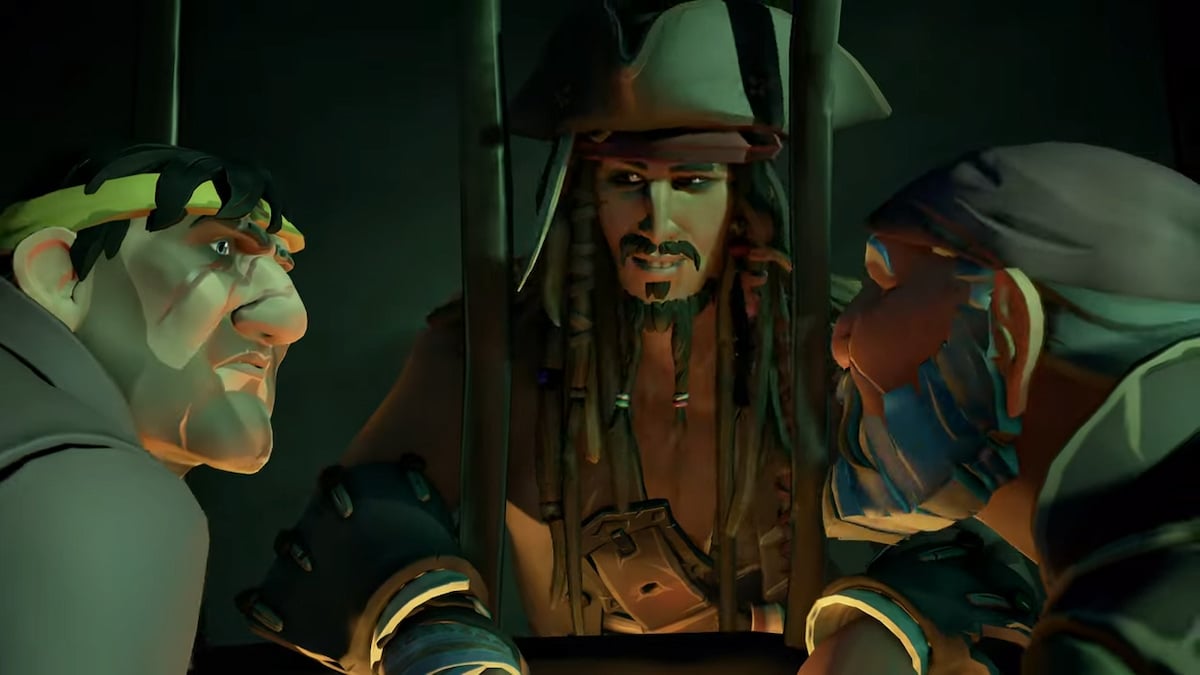 Sea of Thieves is bringing Disney’s most infamous pirate to its rocky shores, Jack Sparrow, alongside his second mate, Mr. Gibbs, and the villainous Davy Jones in an original adventure, A Pirate’s Life on June 22.

Jack Sparrow arrives in the Sea of Thieves after stealing a particular treasure, and he is being chased by a darkness that, if not dealt with, will cause untold destruction. The PvE adventure, playable either single-player or with up to four friends, will be lead by Jack Sparrow, the character originally played by Johnny Depp.

Related: Who voices Captain Jack Sparrow in Sea of Thieves: A Pirate’s Life?

From what we’ve seen in the trailer, Davy Jones will be the primary antagonist alongside this untold darkness. He will be commanding many of the Sea of Thieves’ ghostly ships and new aquatic enemies that we haven’t seen before, likely members of his own crew.

How all of this fits into the current Sea of Thieves narrative is left up in the air, but it’s a lot of fun to see Xbox using the Sea of Thieves IP in a fun, creative way. Hopefully, A Pirate’s Life adventure expands outward and builds into the overarching narrative that the Rare team has been building for the past few years. We wouldn’t mind seeing more tie-ins like this one in the future