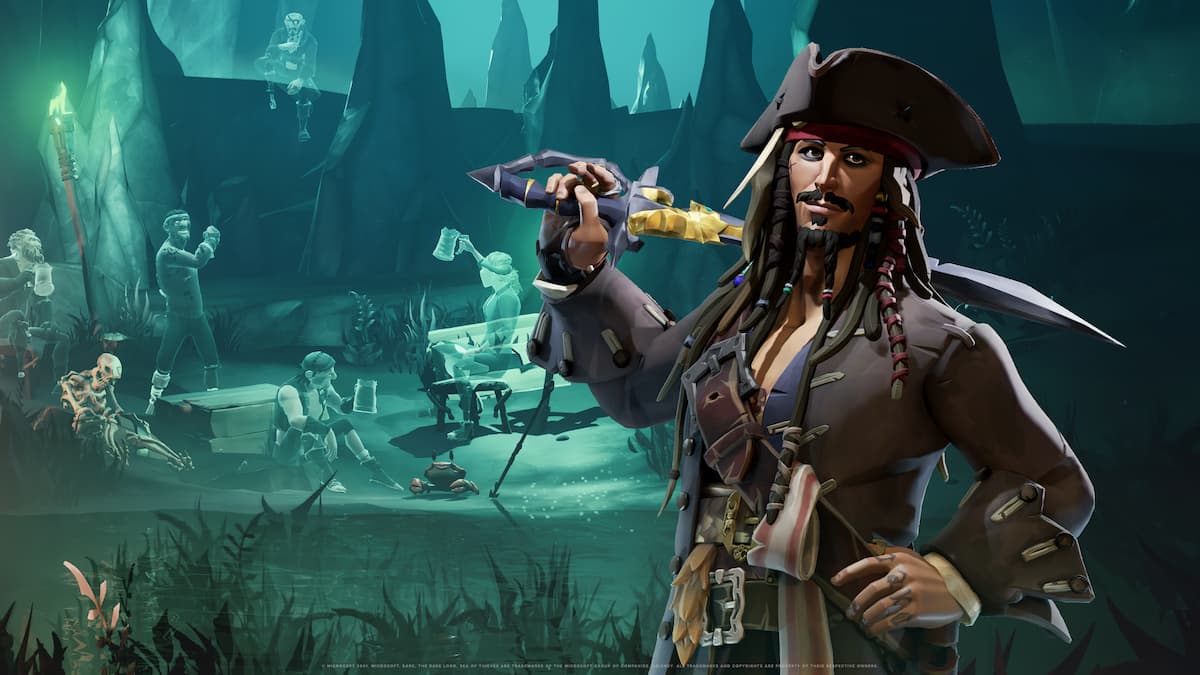 While Captain Jack Sparrow from the Pirate of the Caribbean movies is a familiar face, even fans with sharp ears had a hard time telling who voices the famous Disney character in Sea of Thieves: A Pirate’s Life. Video game players are used to having professional voice actors fill in for Johnny Depp in games like Kingdom Hearts and Disney Infinity, but was this massive collaboration between Rare and Disney able to nab the Hollywood star?

Your mileage may vary whether you like Depp or not, but the original Jack Sparrow actor is not a part of this Sea of Thieves expansion. Instead, voice actor Jared Butler will voice Captain Jack Sparrow in Sea of Thieves: A Pirate’s Life. Butler has experience inheriting Johnny Depp roles for video games in the past — Butler has played the role of Jack Sparrow in Kingdom Hearts III, Disney Infinity, and the video game adaptation of Pirate of the Caribbean: At World’s End. Butler even voiced Rango in the game based on the animated movie.

The developers at Rare also relayed in a showcase video that they enlisted a Jack Sparrow stunt double for visual reference, although the video did not name or credit this stunt performer. Sea of Thieves may not have Johnny Depp, but the voice and verbal swagger are pretty close to help convince players who may not know about this casting. Besides, Depp may not be that important to bringing the character to life anyway — everyone at this point already has their own Jack Sparrow impression.