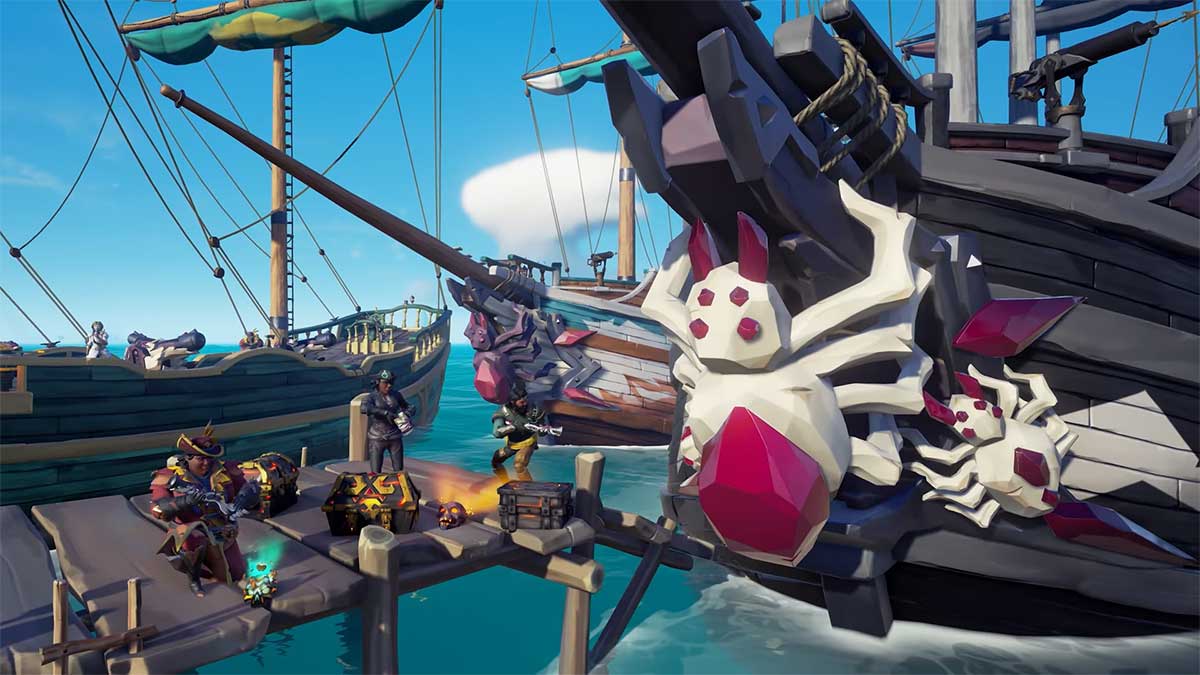 A new event in Sea of Thieves called Fury of the Damned starts today. The event tasks players with angering the undead around the world to earn time-limited cosmetics for their pirates, ships, and more. The event will be live in Sea of Thieves from October 7 to November 4, giving players plenty of time to earn all the new loot possible. While there isn’t a specific sequence of missions to work through, developer Rare has issued some challenges for players to follow.

Players can earn the Bilge Rats’ Favor by completing actions that anger the undead, such as clearing a Skeleton Fort or destroying a Ghostly Armada. In addition, you’ll gain extra Favour for being part of an alliance while completing these actions.

Related: How to get the coral Curse of the Sunken Sorrow in Sea of Thieves

Each week for the duration of the event, a new Mysterious Note will appear. This outlines which activities will earn you even more Favour for that week. When you reach a Favour Threshold, you’ll unlock Wicked Web cosmetic items.

Finally, there is a short qualifying Challenge to complete that will allow you to complete Community Spirit Challenges. You’ll be rewarded for your efforts in these at the end of the event.