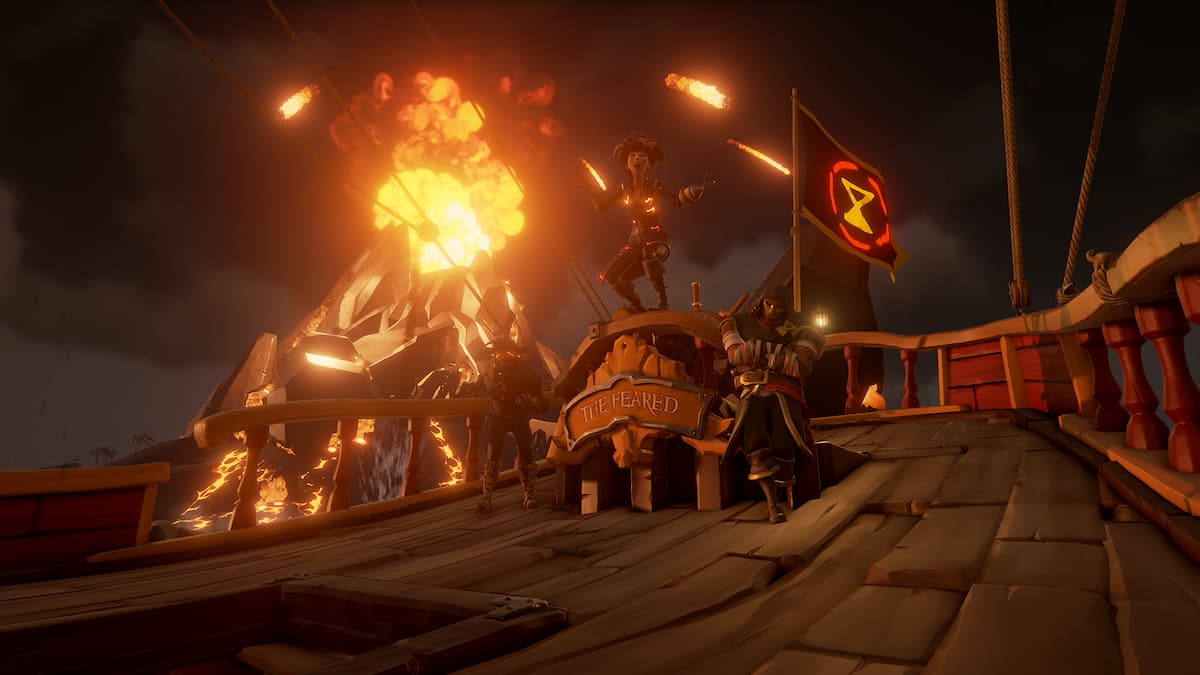 Season 7 has finally arrived in Sea of Thieves, bringing with it all sorts of handy new features. Whether it’s buying and captaining your own ship, customizing the interior, or just basking in the joy of being able to give your ship the perfect name, there’s a lot to get stuck into. There have been quite a few nifty changes made under the hood, too, including a handful of tweaks to PvP that should make the experience a little smoother for sloop players.

Sloops are ships that can be sailed by one or two players, in contrast to the larger brigantine, which requires two to three players, or the mighty galleon, which can handle up to four. Sloops are more maneuverable than their bigger counterparts, but as a result, they’re more fragile, and so require a steady hand on the tiller to navigate safely through any intense battles with larger ships out at sea. The Season 7 update helps out sloop players — particularly those sailing solo — a little bit with this, though, with a few tweaks to some key mechanics.

According to the patch notes released with Sea of Thieves’ 2.6.0 update, solo players will now have a reduced waiting time on the Ferry of the Damned when they die, allowing them to get back into the game more swiftly. Additionally, sloop crews will be less affected by the knockback effects of cannonball splash damage, and the sloop’s mast has been buffed up, now requiring two chainshot strikes or three cannonballs to be toppled. Sloop crews also now have new respawn points around the ship, which should aid against spawn camping.

As another big change, you can no longer revive crewmates while on an enemy ship. With luck, these subtle tweaks will help to balance PvP a bit for sloop players. After all, sometimes you just want to cruise the Sea of Thieves in a one-person ship and take in the sea air in peace.