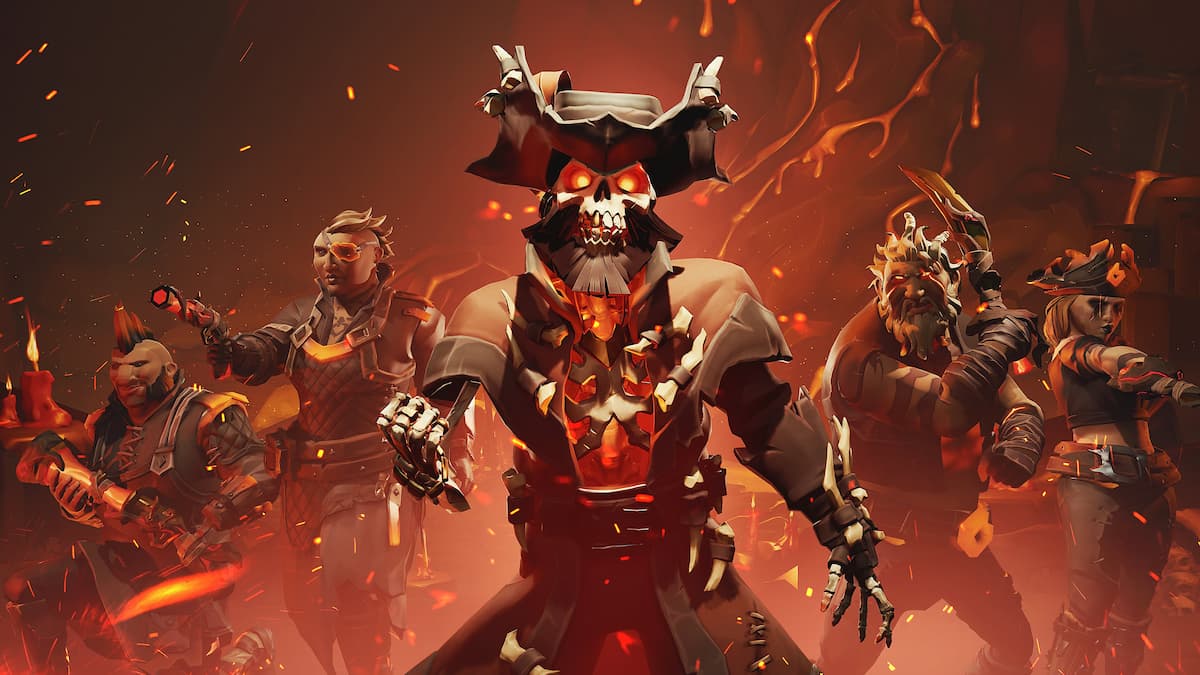 Sea of Thieves Season 8 is just around the corner, and plenty of aspiring pirates are eager to get into the more PvP-focused content that’s coming with it. Of course, that can be a bit of a daunting prospect for some greener sailors who might not have had that many successful fights on the high seas, so many have been wondering how exactly Rare is planning to smooth the edges of PvP in the new season to bring more people aboard. Luckily, the latest Deep Dive from the development team goes some way to answering those lingering questions.

The first step is one that was already shown in the initial Season 8 trailer. The Hourglass of Fate is an object that will appear in the Captain’s Cabin of your ship once the new season commences. Players will be able to flip it round to their faction of choice — namely the Pirate Lord’s Guardians of Fortune or Captain Flameheart’s Servants of the Flame — and then vote to pledge Allegiance to that faction. Aligning yourself with either faction will opt you into the Battle for the Sea of Thieves, and allow you to seek out opposing ships with the War Table if you’re feeling fighty. Of course, this also opens you up to being targeted by other players, too.

As most expected, Rare is using a kind of skill-based matchmaking system to connect opponents in PvP. At the moment, players’ skill level is calculated purely through the win/loss ratio in battles, and a ship’s skill level is simply the average of each player’s level. Theoretically, this means that you should be paired with an opposing crew of similar skill, though if you end up in a crew of pirates who have all just relied on their more-skilled friends to scrape through ship combat you might find yourself in a tight spot.

There are various other elements to the incoming PvP focus in Season 8 too, such as some risk/reward systems that can see talented crews become targets for bigger ships and risky gambits paying big dividends. If PvP isn’t your thing, then the changes made in Season 8 might not be quite enough to light your proverbial fuse, but if you’re looking for an excuse to fire off your cannons, it looks like the Battle for the Sea of Thieves will be just the place.