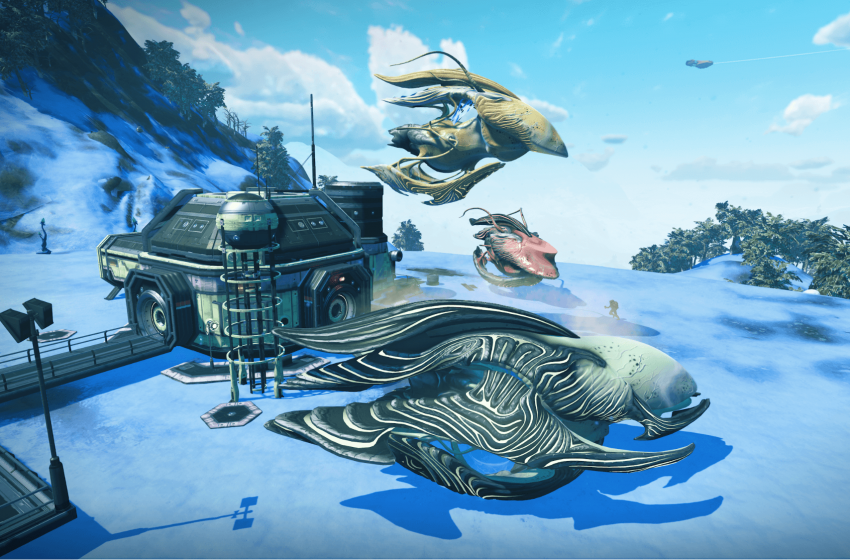 No Man’s Sky’s Living Ship update introduced organic spaceships made out of alien flesh for you to fly around in. If you are new to the game, it might be some time before you can get your hands on one. If you can’t summon an Anomaly yet, you will need to proceed through the game until you have discovered your first one in the vastness of space, and after that, you can get down to the long task of getting your Living Ship.

Your first step is to head to space, summon the Anomaly, and then get yourself a Void Egg. You can purchase a Void Egg there for 3200 Quicksilver. If you don’t have enough Quicksilver, then it is time to knock out some daily and weekly missions at the Nexus.

When you have all 13 messages, it is time to find a Portal. All planets should have one Portal on them. Finding it might take a little time, but just pick a planet and explore until you manage to track it down. All Portals look the same, and consist of a collection of large blocks and stone, with a number of inlaid circles at the center. When you find a Portal, you need to input the Glyphs from the messages in the order they were received.

Step 4 – Through the Portal

Head back to space, and fly around at pulse speed until your ship detects an anomaly. If you drop out of pulse speed, you will meet a Living Ship, and this will begin the Starbirth mission.

The Starbirth mission involves following your Void Egg’s instructions to find certain planets and components that you need for your Living Ship. Because this is all random, just like the Glyph order, we can’t show you where you will need to go. Once you find the right planet, you will be giving coordinates when you enter the atmosphere, so if you don’t get them, you will need to try a different planet.

Follow the coordinates, land, and then search for a relic that will give you the blueprint you need to build a ship component. Build the component, and you will move onto the next part of the quest. Follow the Void Egg’s instructions, find all the parts you need, and build them, and a Living Ship will be yours.