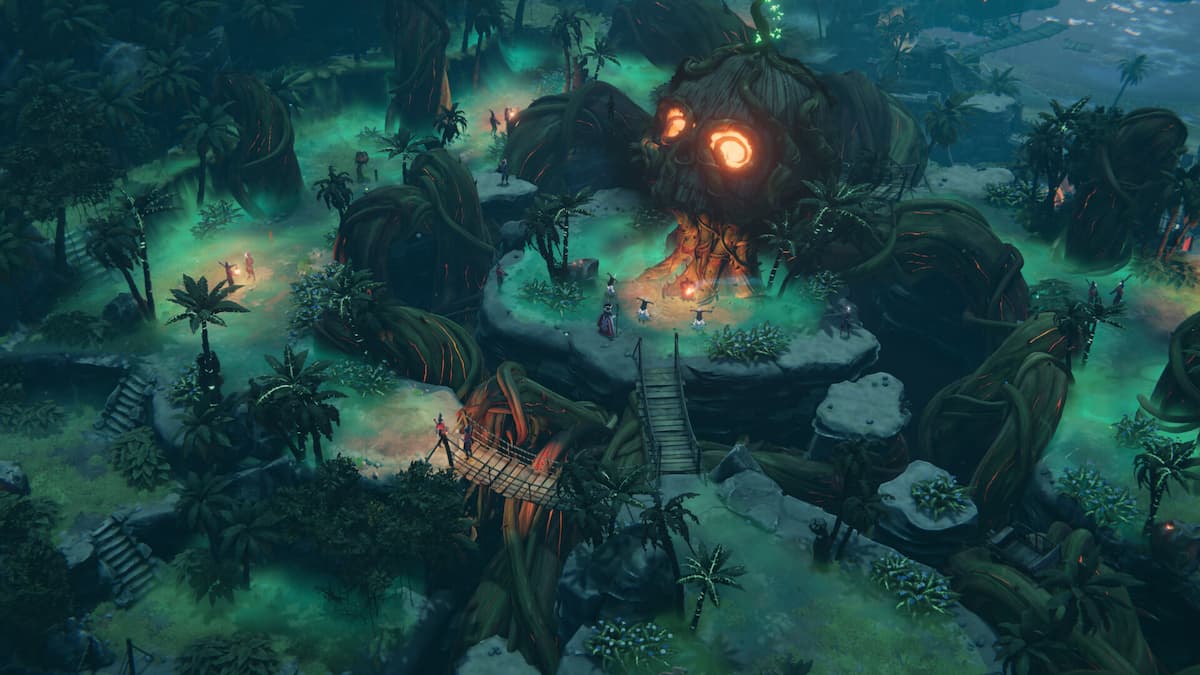 Shadow Gambit: The Cursed Crew is what happens when you blend Pirates of the Caribbean with stealth gameplay. It is set to have all of the humor, charm, and wit of Captain Jack Sparrow alongside the kind of stealth strategy fans have come to expect from Mimimi Productions. As the title suggests, you play a cursed pirate crew as they plan a heist to steal an artifact from the Inquisition.

Set in an alternate Golden Age of Piracy, Shadow Gambit is a stealth strategy game that puts you in charge of eight shipmates. Each one has their own unique abilities and skills to overcome challenges. They’re also each afflicted with a curse, though that’s part of the fun. Each pirate you control uses their curse as a way to benefit the rest of the crew. Your crew of the damned sails fights against the Inquisition of the Burning Maiden and its captain Mordechai all while hiring more crew to their cause.

If the gameplay looks familiar to you, there’s a reason. Shadow Gambit is being developed by Mimimi Games, makers of Shadow Tactics and Desperados III. This time around, Mimimi is self-publishing the game and adding new elements such as magic and supernatural features. The mechanics and pirate crew will work similarly to how the outlaw gang worked in the Desperados. You’ll be able to survey the battlefield with an over-the-top camera view and manage your crew as you see fit.

Shadow Gambit was announced alongside a cinematic trailer and gameplay trailer. While one focused on three specific characters: sword-wielding Afia, cannoneer Gaëlle, and Mr. Mercury and his fish, the gameplay video showed off more than six minutes of the game. As mentioned, if you’ve seen a Mimimi game, this trailer won’t be very surprising.

Shadow Gambit: The Cursed Crew will release in 2023 for Steam, the Epic Games Store, Xbox Series X/S, and PlayStation 5.