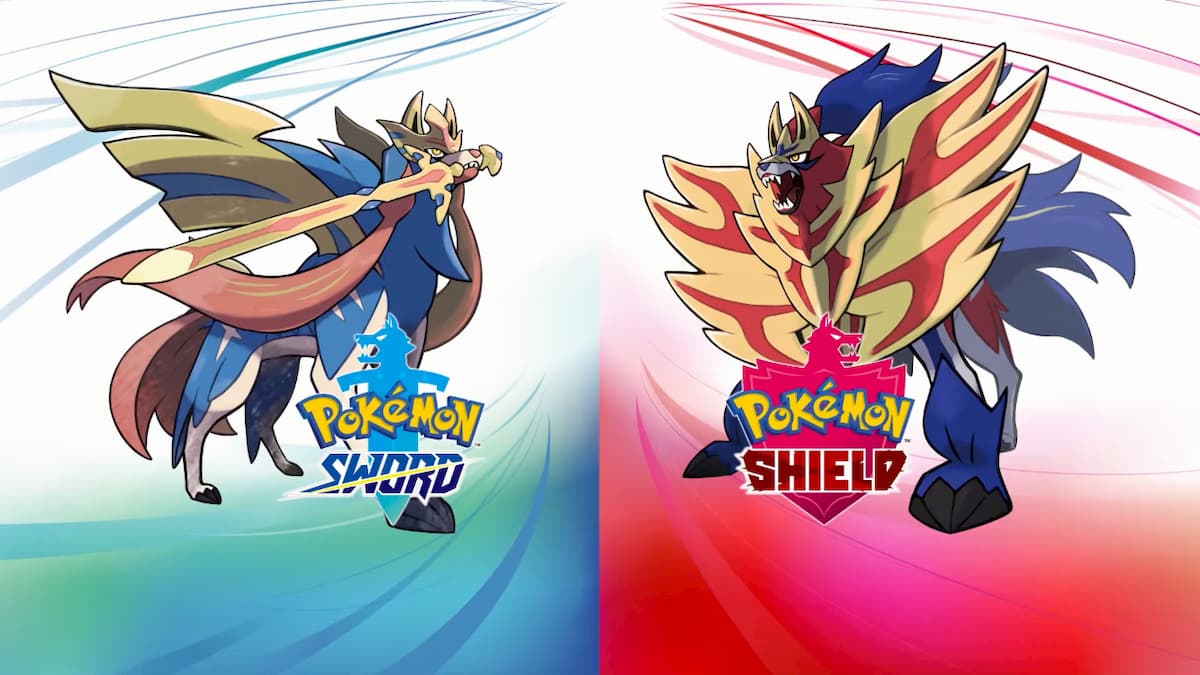 According to a new leak, new shiny Pokémon will be distributed soon in GameStop stores. They’re not just any normal shiny Pokémon either, but shiny versions of the boxed Legendaries of Pokémon Sword and Shield – Zacian and Zamazenta.

Zacian is a giant wolf legendary who carries a sword in its mouth when it’s holding the Rusted Sword item. It’s normally a mono Fairy type, but with the Rusted Sword, it transforms into a Fairy and Steel-type Pokémon. A shiny Zacian has a lighter shade of cyan, closer to a baby blue color.

Zamazenta is another wolf legendary who has a giant shield around its neck. It’s normally a mono Fighting-type, but with the Rusted Shield, it becomes a duel Fighting and Steel-type Pokémon. A Shiny Zamazenta has a darker shade of magenta.

Related: How to get Dada Zarude and Shiny Celebi in Pokémon Sword and Shield

PokeBeach got the information for the upcoming distribution by “Jeff S. from Gamestop.” Signage from GameStop reveals that stores will be distributing shiny Zacian to copies of Pokémon Shield starting on October 22. Zacian will remain available at stores until November 17. Shiny Zamazenta will be distributed exclusively for Pokémon Sword beginning on November 12, and it will remain available until November 27.

Shiny Zacian and Shiny Zamazenta were previously announced to arrive at an event only in Japan. It was only a matter of time before they arrived in the United States in a different event.