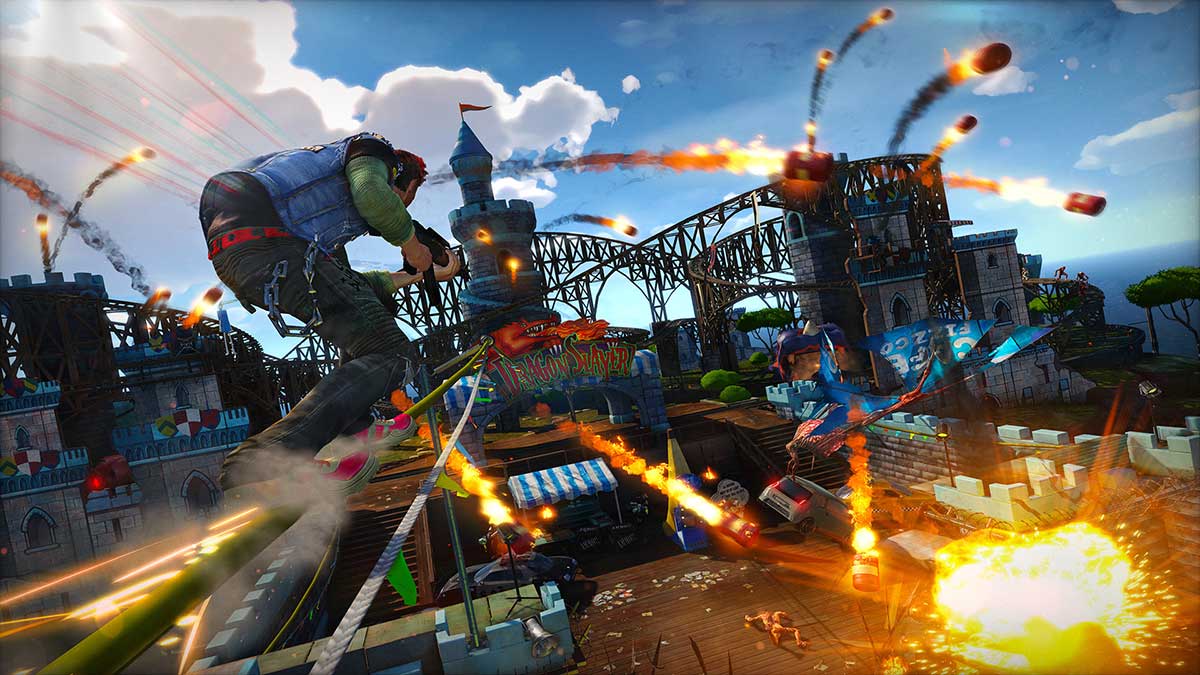 Sony Interactive Entertainment has successfully registered the trademark for Insomniac Games’ title Sunset Overdrive, previously an Xbox exclusive. The trademark was filed with the United States Trademark and Patents Office late last month and has only now been picked up by industry source Nibel on Twitter.

Sunset Overdrive’s Director also recently rejoined Insomniac Games earlier this year following a period of time working as the Senior Designer for Xbox’s Initiative Studio. While this doesn’t confirm that Sony is looking to bring Sunset Overdrive to PlayStation, it’s an interesting connection that can’t be ignored.

Sunset Overdrive launched in 2014. It’s an action shooter packed with crazy enemies and concepts, such as the fact that an energy drink has mutated most of the population into mindless husks. A key mechanic in the game is traversal, and the entire game world was built with this in mind, allowing players to jump, glide, and slide from one end of it to the other. In some ways, it’s possible to see the design prowess that the studio then went on to perfect in Marvel’s Spider-Man.

In the past, it’s been made clear that Insomniac Games owns the Sunset Overdrive IP, but that the game was an Xbox exclusive. However, it did come to Steam in 2018.

Currently, Insomniac Games is working on Ratchet and Clank: Rift Apart. The game launches on June 11, so there are a couple of frantic months of development to come yet. However, once this game is out, the studio will have space for something else. Even just porting Sunset Overdrive to PlayStation consoles would offer something new since this is an IP that’s never touched the platform.