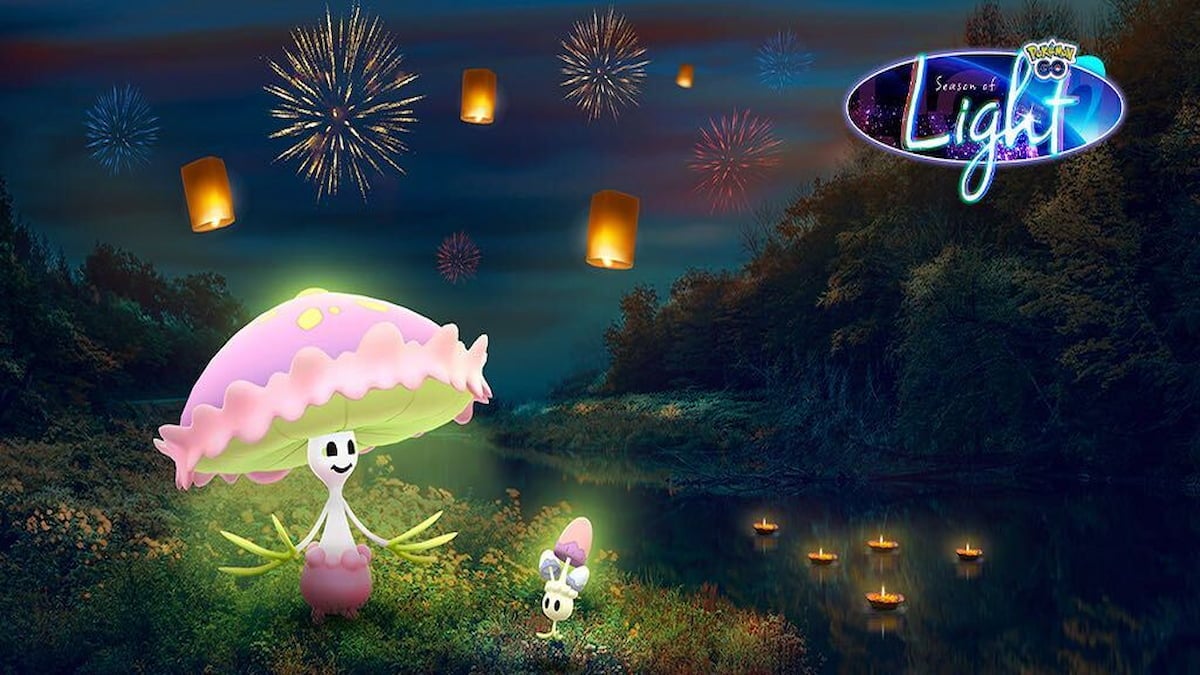 Pokémon Go will hold the Festival of Lights event again, serving as a middle point to October. The celebration will be short, starting on October 14, but there will be plenty of rewards and Pokémon for players to enjoy as we speed towards the end of the month and the main Halloween event. For this year’s Festival of Lights, Morelull and Shiinotic will be making their Pokémon Go debut.

Morelull is the starting form of these two Pokémon and will be the one you can find appearing in the wild throughout the event. If you catch enough Morelull to earn 50 Morelull Candy, you can evolve it into Shiinotic. Both are Grass and Fairy-type Pokémon, giving them plenty of potential use against other players.

Related: A beloved Unova Pokémon could be on the way to Pokémon Go

Alongside Morelull in the wild, we can expect to see Pikachu, Vulpix, Magnemite, Chinchou, Litwick, Litleo, Helioptile, and Dedenne. In addition, if players are lucky, there’s a chance they could encounter a Galarian Ponyta and Togedemaru.

While wandering around using incense, players have a chance to encounter Alolan Geodude, Blitzle, Darumaka, Litwick, Dedenne, or Morelull. There’s a chance that lucky players can find Galarian Ponyta or Galarian Darumaka through this method.

Galarian Ponyta, Darumaka, Dedenne, and Morelull will appear in one-star raids if they spawn in a player’s local area. For three-star raids, we have Alolan Raichu, Galarian Weezing, Mawile, and Hisuian Braviary. Finally, in the featured five-star raids, Xerneas will be available, and there’s a chance you could catch a shiny version of this Pokémon.

The Festival of Lights 2022 event will go from October 14 to 17. On October 15, Litwick will have its Community Day event, which we highly recommend everyone attend to ensure they can catch enough Litwick to evolve it into a Chandelure, and they can teach it upcoming Ghost-type move, Poltergeist.