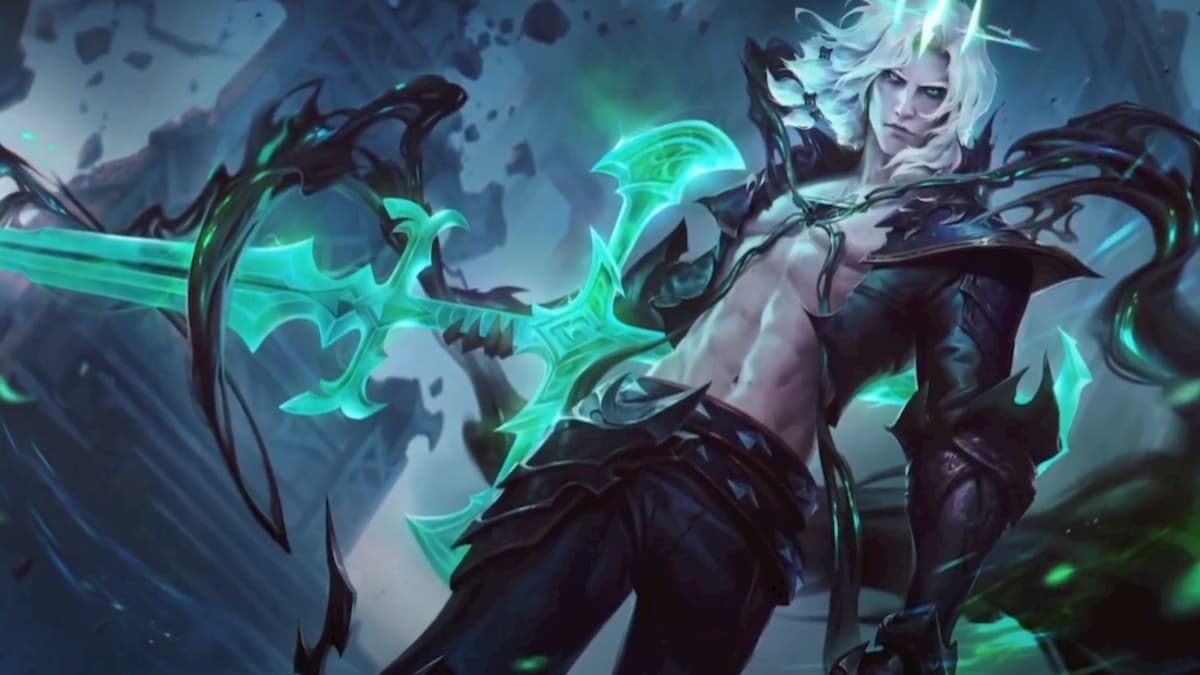 The League of Legends 2021 season livestream brought plenty of announcements, one of the more shocking came in the form of the newest jungler champion, Viego, the Ruined King. Not only will the Ruined King make his way to the Summoner’s Rift, he will also have three other champions intertwined with his lore.

Viego has long been teased in the lore of League of Legends, from his blade in the item shop to the RPG Ruined King: A League of Legends Story. While we don’t know exactly what his abilities are just yet, we have seen in a short clip of gameplay where after finishing off an enemy, he can take the shape of the fallen champion and use their abilities.

The other champions that were teased have not been given names. What we know is that the first champion is a mage fighter who has some connection to sewing. The second is a gloomy Yordle artillery mage who prefers the mists. The last is a marksman who is a Sentinel of Light, however, this champion is not meant to be played in the traditional marksman role.

This is all of the information we have for now. We can expect more details on all of these new champions as the year goes on.