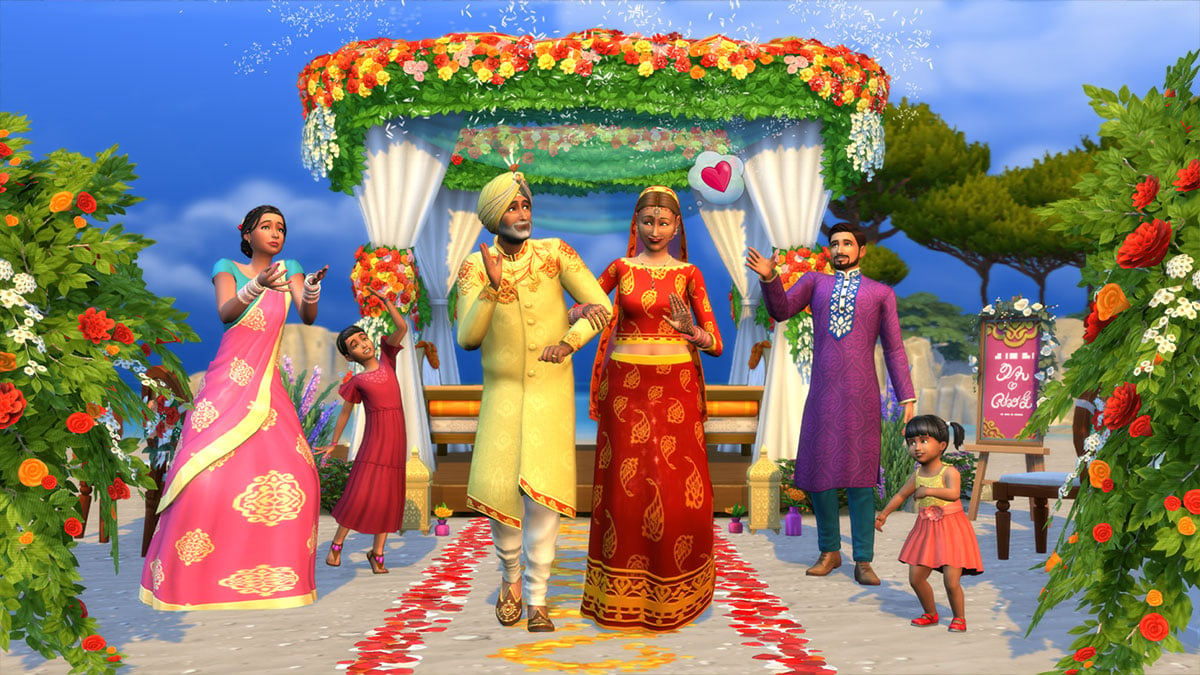 The Sims 4 has been out for nearly eight years now, but EA shows no signs of stopping when it comes to bringing new content to the game. Cottage Living was the last big expansion for The Sims 4, and My Wedding Stories is next.

Just announced via a trailer, My Wedding Stories is the next Game Pack on the docket — Game Packs are The Sims 4’s mid-sized expansions, smaller than Expansion Packs but larger than Stuff Packs. My Wedding Stories does exactly what you’d expect based on the name, letting you plan a wedding from the proposal all the way to the reception, choosing every little detail from wardrobe to meals. There are a variety of venues for the big day, including those that honor various cultures all around the world. While The Sims 4 has always allowed same-sex marriage, the trailer features many combinations of spouses and celebrations.

We already know a lot about My Wedding Stories, but the Game Pack will get a deeper dive in just a few days. The full reveal will be broadcast on YouTube and Twitch on Friday, February 11 at 10 AM PT / 1 PM ET. The pack will release just a few days after that, on February 17. It’ll be available on all platforms that support The Sims 4 — that’s PC, PlayStation 5, PlayStation 4, Xbox Series X/S, and Xbox One.