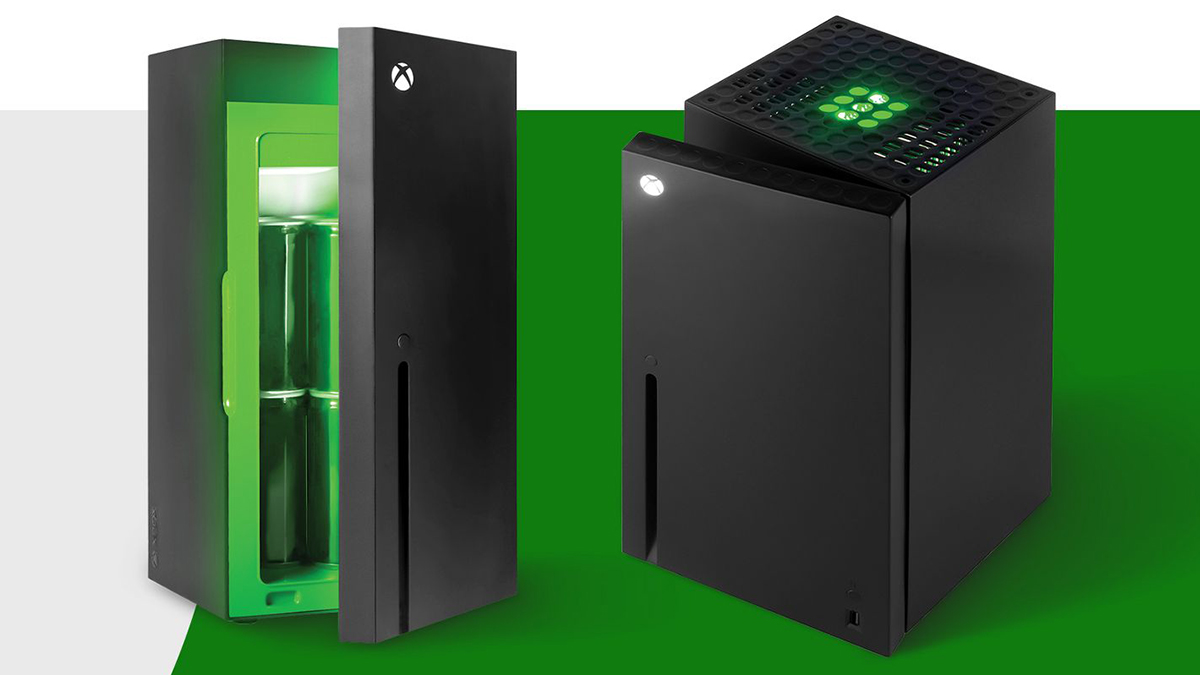 You know the joke: the Xbox Series X looks like a refrigerator. Well, the meme has reached its natural conclusion, and the very real Xbox Series X Replica “Mini Fridge” is coming soon.

Xbox announced that the mini fridge “will arrive in multiple retailers globally in December 2021,” with pre-orders starting on October 19. It’ll be available at select retailers. US Xbox fans will find it exclusively at Target, and Canadians can get it from Target’s website. Retailer GAME will sell it in the UK, while gamers in France, Germany, Italy, Ireland, Spain, Netherlands, and Poland can find it at Game Stop EU, Micromania, or Toynk via Amazon. It’ll cost $99.99 / £89.99 / €99.00.

As for what that money will get you, the mini fridge can hold up to 12 cans, with two door-mounted shelves for additional cold storage. There’s a USB port on the front to keep your devices charged, and a power adapter enables the fridge to chill drinks on the go. If that sounds enticing to you but you don’t live in one of the aforementioned territories, know that Xbox is “working to bring the Xbox Mini Fridge to as many fans as possible and will continue to expand regional availability in 2022, pending regulatory approvals and restrictions by market.”

Of course, the mini fridge isn’t the only big Xbox release in December. Halo Infinite finally launches the same month – it’s headed to Xbox Series X/S, Xbox One, and PC on December 8.