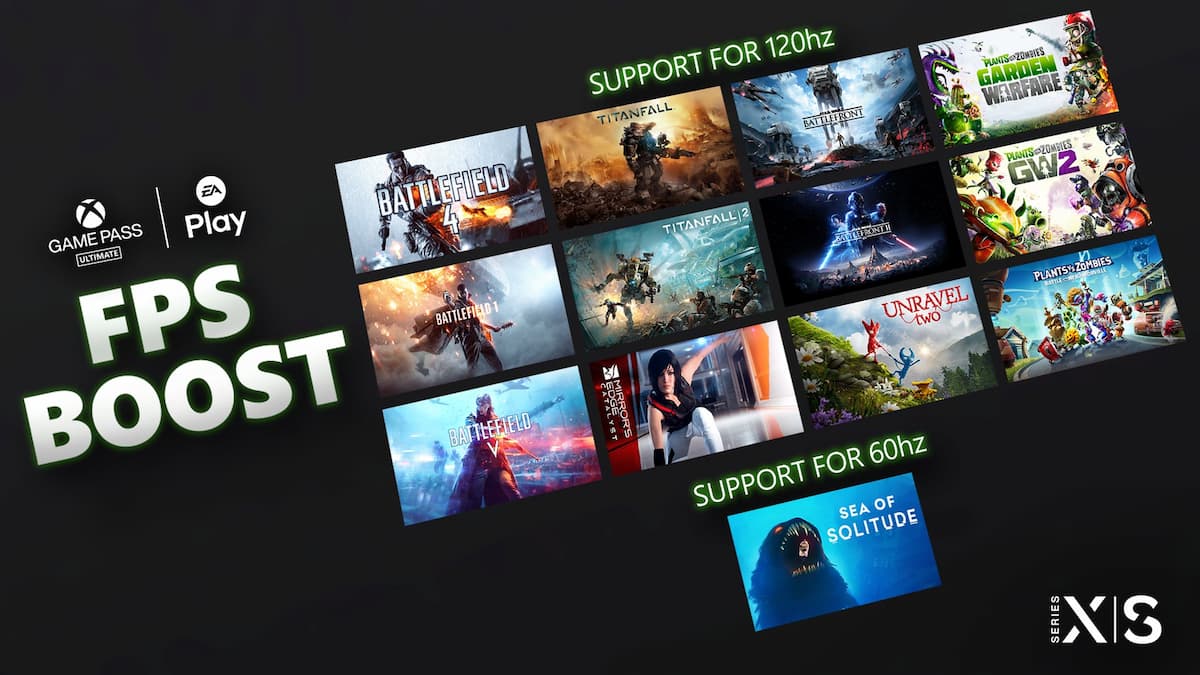 In February, Microsoft announced a new program called FPS Boost on next-gen Xbox consoles, which gave players the ability to play games like Fallout 4, Watch Dogs 2, and others at a higher framerate. At the time, Microsoft announced that more games would be coming to the program soon, and now, they’ve delivered on that promise.

The next slate of games all come courtesy of Electronic Arts, which means they are all available through EA Play via Xbox Game Pass Ultimate. Nearly all of the games support 120hz on Xbox Series X if your monitor has that capability. Sea of Solitude is the one holdout that can only hit 60hz no matter which console you’re using. Below you’ll find the full list of titles with FPS Boost enabled:

As we move forward through the consoles life cycle, expect to see even more games added to the program. Microsoft makes it clear in their blog post that the list “will be updated regularly,” and we’ve already seen them add games in back-to-back months. This will likely be a regular thing in the future, which is great news for players hoping to jump back into older games.