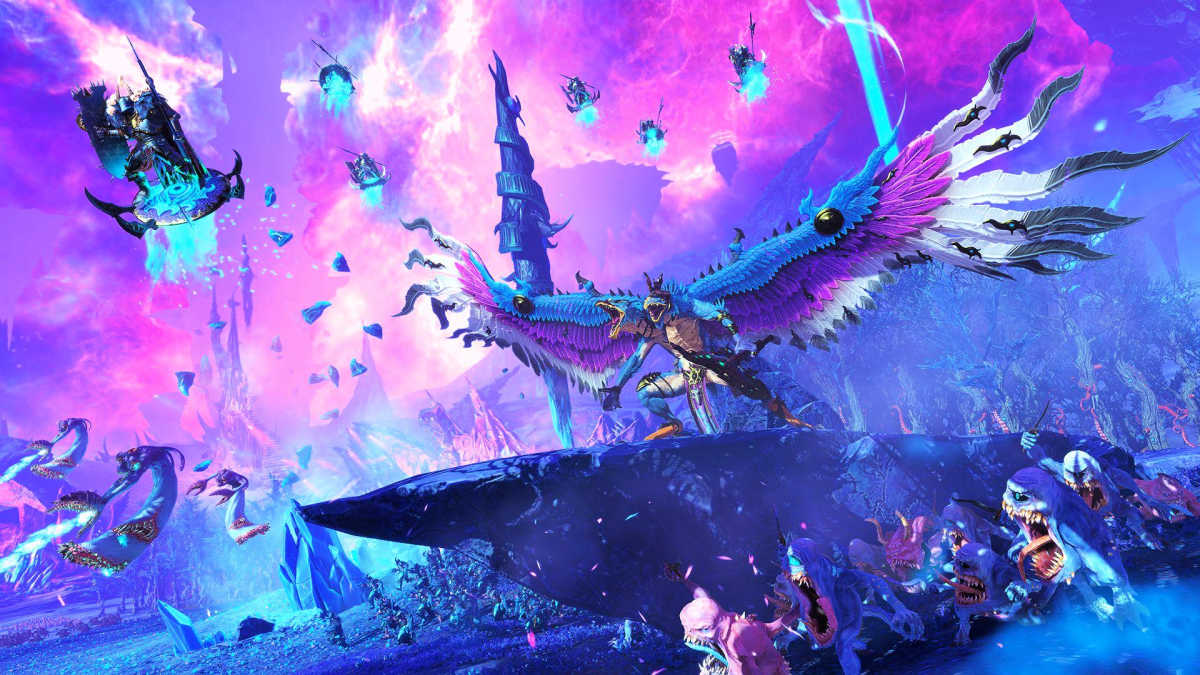 Creative Assembly has delivered the Total War: Warhammer III 2022 roadmap, detailing what we should expect to see added, changed, and fixed in the strategy game by the end of the year. Following the game’s big 1.1.0 update, the development team has a lot more up its sleeves for fans of the game to look forward to.

With so much planned on being fixed, changed, and added to Total War: Warhammer III, the development team has delivered a three-step plan on the official site, with large updates scheduled for Q2, 3, and 4 of this year. You can see the shorthand version of the roadmap in the image below.

It’s all set to start in May with the planned 1.2 update. This update should bring with it plenty of fixes and improvements following community-reported issues. One such fix is bringing the brightness of the snow down so you can actually see it and not damage your eyes. Unit responsiveness is set to improve. Thanks to the changes made, expect a leaderboard refresh in May alongside the 1.2 update. The big addition in Q2 is free Regiments of Renown DLC, which adds new elite units to the game.

Q3 will another batch of Regiments of Renown units and provide an update that will continue the hard work on the game’s balance and bugs. The big news for Q3, though, is update 2.0. The massive new update will bring Immortal Empires to the game, back from Total War: Warhammer II. Essentially, it’s a massive map containing areas from all three Total War: Warhammer titles. The beta should start sometime in Q3.

Q4 is a little hazier with the details, but it should bring with it update 2.1 and potentially version 3.0. More Regiments of Renown will be on the way, along with all the gameplay adjustments and continued work on Immortal Empires that you would expect.