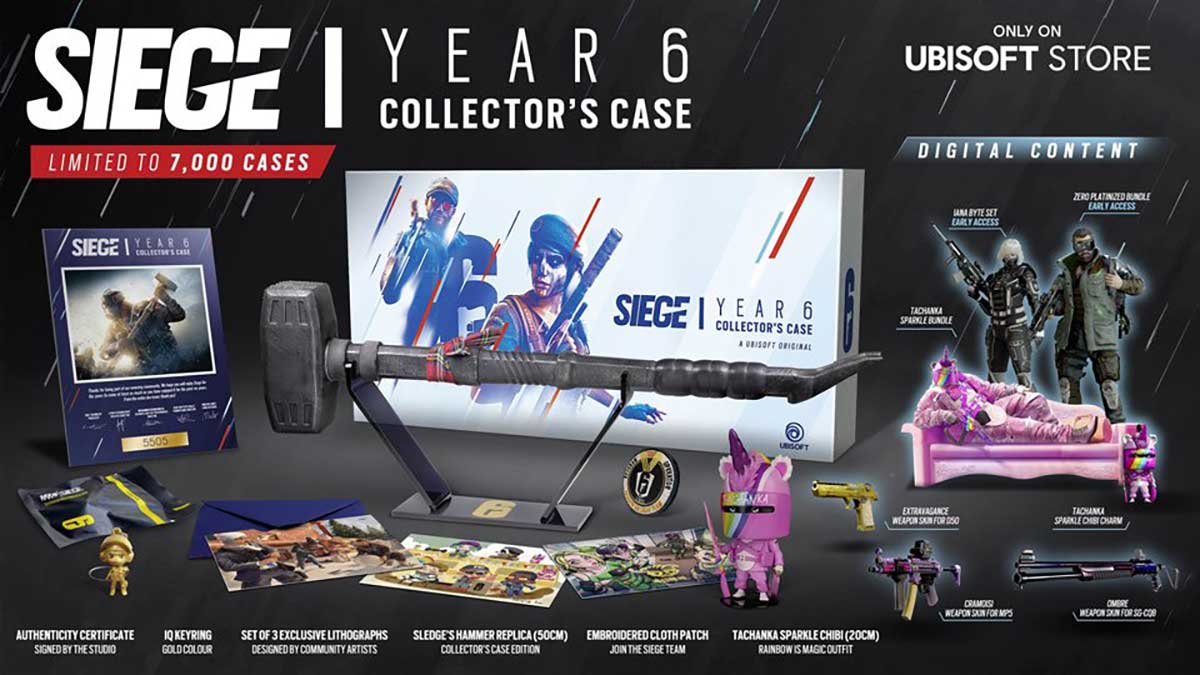 Alongside today’s reveal of Rainbow Six Siege Operation Crystal Guard, Ubisoft has also unveiled the Rainbow Six Siege Year 6 Collector’s Case. This is a special physical collector’s box filled with exclusive items for those fans who want some physical memorabilia based on the Year 6 content to date.

The case also contains the following digital items for use in-game.

With Sledge’s incredible hammer replica aside, this collector’s vase doubles down on what fans have enjoyed the most in Rainbow Six Siege Year 6 so far. The Rainbow is Magic event drew in every player thanks to the outrageous cosmetics. However, the real draw of this collector’s edition is the numbered certificate, showing that it’s part of a limited set that may grow in value over time.

The Rainbow Six Siege Year 6 Collector’s Case is available for preorder on Ubisoft’s store right now. It’s expected to start shipping in Fall this year. With a hammer that big in the box, it’s going to be a package you notice when it arrives.