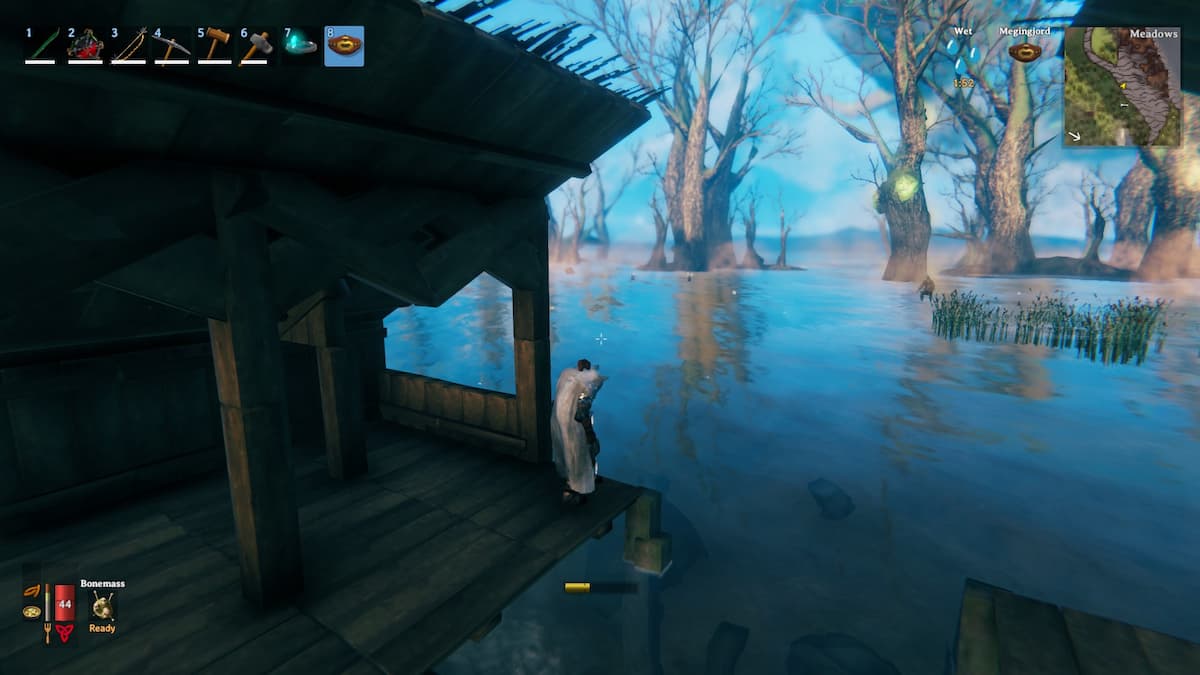 A Valheim player has discovered a workaround to building structures underwater, made possible so long as your feet stay touching the ground. The player in question took to Reddit and posted a two-minute clip on the method.

While playing Valheim and submerging in any form of water body that’s deeper than your Valkyrie character, you automatically begin swimming, feet off the ground, immediately unequipping anything that was previously in your hand — like a building hammer. From this point, all you can do is swim around until returning to land.

Reddit user AcanthisittaAny3260 goes on to showcase a clever workaround to this, explaining that so long as your feet are touching the ground, you can build to your heart’s content.

As depicted in their demonstration, by approaching angled roof tiles or wooden beams in the water, the slope of these objects begin to push your character further down until you’re deep enough that your feet are touching the ocean floor — tricking the game into thinking you’re actually on land. This know-how seems to require some patience and persistence, because the in-game camera hovers above the water, blocking your character’s view considerably.

Nevertheless, this discovery is really cool, adding an additional element of building to an already awe-inspiring sandbox-style game. Given this, players may have their very own underwater fortresses to showoff in the immediate future.