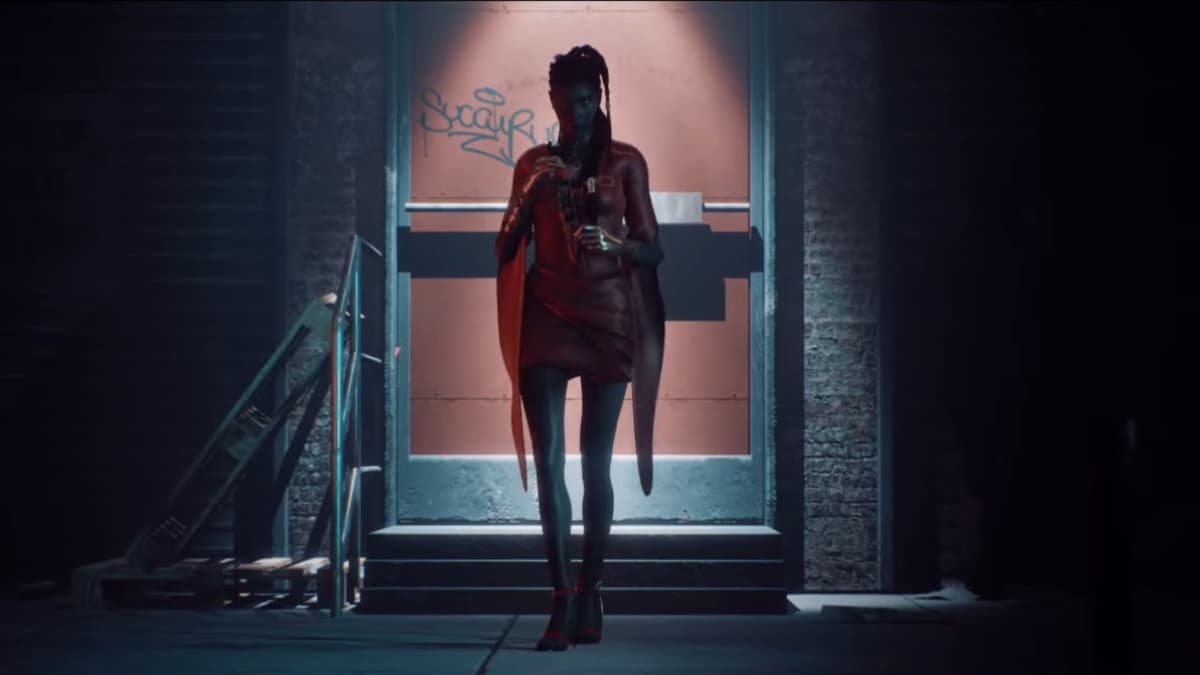 NACON and Big Bad Wolf Studio have released a trailer for their upcoming RPG Vampire: The Masquerade – Swangsong that showcases a new character, Emem. She is the third and final playable hero, joining Galeb and Leysha.

Emem appears to be a young woman, but as is often the case with vampires, she’s actually 100 years old. In her former life, she was a jazz diva. But now, she is part of the Toreador clan. She joined their ranks after being transformed by Hilda, with whom she is deeply in love.

The trailer depicts Emem leaving a club, plucking at the petals of a rose, and generally playing the role of an innocent young woman. Soon, she is approached by an unsavory individual who proceeds to chase her down a back alley. Of course, her fleeing is merely a ruse, and she promptly sinks her teeth into his neck.

It’s a predominately cinematic trailer, with a small smattering of gameplay towards the end. Here, we catch a glimpse of her powers in action. They pull from the Disciplines of Celerity and Presence, meaning she is capable of making herself more or less invisible.

If you’re unfamiliar with Vampire: The Masquerade – Swansong, it’s an upcoming RPG that’s heading to PC and console in early 2022. Players will control three vampires who belong to different clans and experience the varying points of view they all possess whilst unraveling a potential conspiracy.