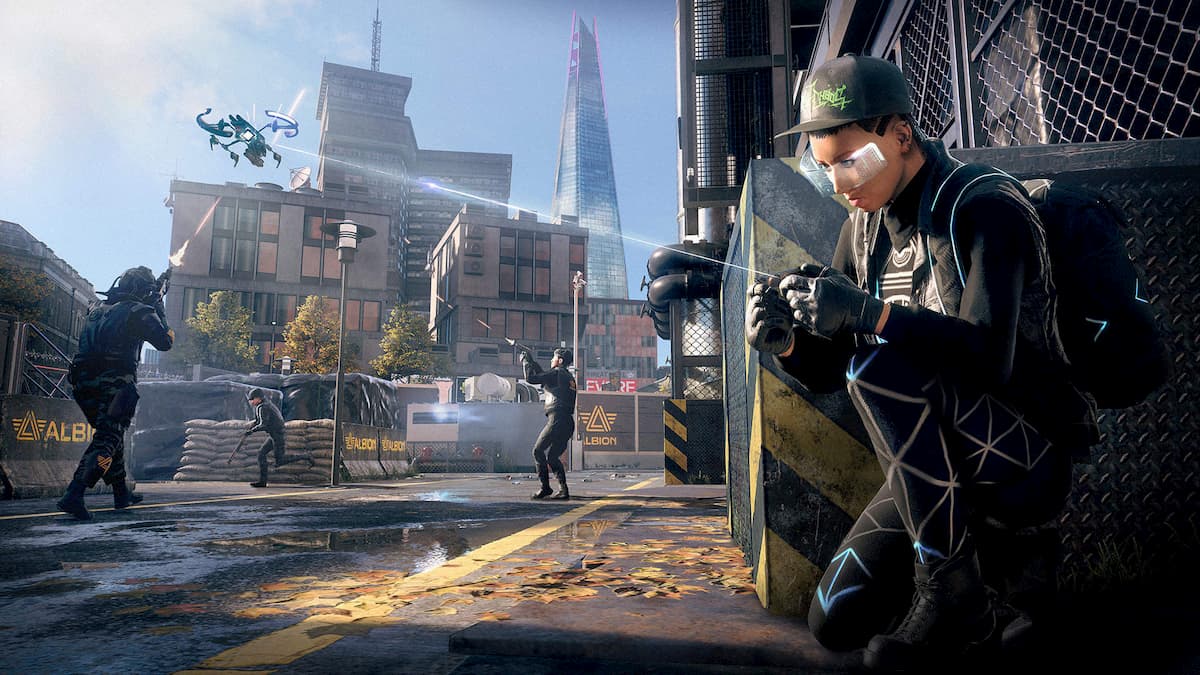 Update – Watch Dogs: Legion online mode is now available on Google Stadia and consoles at no additional cost. The mode will be available for PC players at a later date. Watch the launch trailer.

Original Story – Watch Dogs: Legion’s first wave of multiplayer content lands on consoles and Stadia today at 7 AM PT/10 AM ET/4 PM CET. However, a few elements will be missing until the game is updated on March 23.

The notes for patch 3.20, which brings multiplayer to the dystopian version of London, show that this update’s file size is 10GB on PS4, 2.3 GB on PlayStation 5, and 19 GB for all Xbox consoles. Stadia users won’t need to wait for the update since the latest version of the game will be the version they can stream.

The patch has been delayed for PC and Amazon Luna because an issue has been identified that causes users with certain GPUs to crash to the desktop. No date has been provided for when these platforms will get multiplayer.

Before releasing the patch notes, the official Watch Dogs: Legion Twitter account shared a post detailing some key features that would be missing from the multiplayer element.

First, the game’s Tactical Op, which has been touted as the toughest yet most rewarding multiplayer mission available with this update, has been delayed until March 23. According to the post, the mission causes players across all platforms to crash.

PS4 and PS5 players will only have limited in-game text chat from today. A fix is being worked on for this issue which is also expected to arrive on March 23. Given that missions such as the Tactical Op require communication because players are split up across the map, it could put PlayStation users at a serious disadvantage if not fixed by the time the Tactical Op launches.

Finally, the notes for Patch 3.20 cover several other bug fixes that have been made. For example, a fix for players who saw masks disappear from their inventory with the previous patch, and a fix for buildings becoming temporarily invisible.