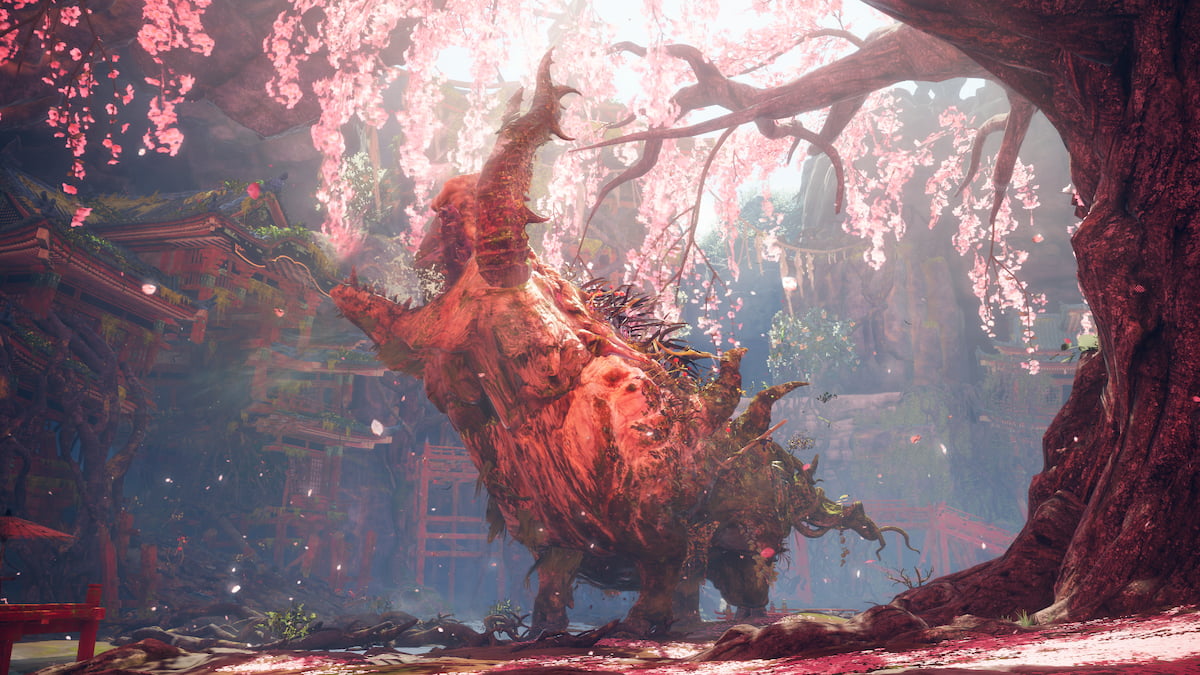 The first gameplay trailer for Wild Hearts, the upcoming hunting game developed by Koei Tecmo and Omega Force, features an explosive encounter against Kingtusk, one of the many rampaging monsters players will be hunting. In addition, the trailer shows off the single-player portion of Wild Hearts and what it’s like working together alongside a small team of hunters to defeat these dangerous foes.

You can check out the full seven-minute trailer below. Wild Hearts takes place in the fantasy landscape of Azuma, a location heavily inspired by feudal Japan. Kemono, nature-infused beasts rampaging across this land, directly alter the landscape around them, making the environment bend in their reflection. Players are among the few hunters skilled enough to take down these monsters, and defeating these monsters yield essential and valuable resources.

Throughout the gameplay trailer, the character hunting the monster uses a device known as a Karakuri. It’s designed to become multiple unique things, giving players a further advantage when taking on these massive creatures or helping them traverse an environment. It’s a diverse tool that can support players or aggressively against the monster they’re hunting.

The Karakuri is the big standout feature that makes Wild Hearts stand out from other hunting games, such as the Monster Hunter franchise. Both of these genres feature gigantic monsters for players to fight, and Wild Hearts will need to have plenty of diverse gameplay to go against the already steadfast team at Capcom, who have been working in the monster hunting genre for nearly twenty years.