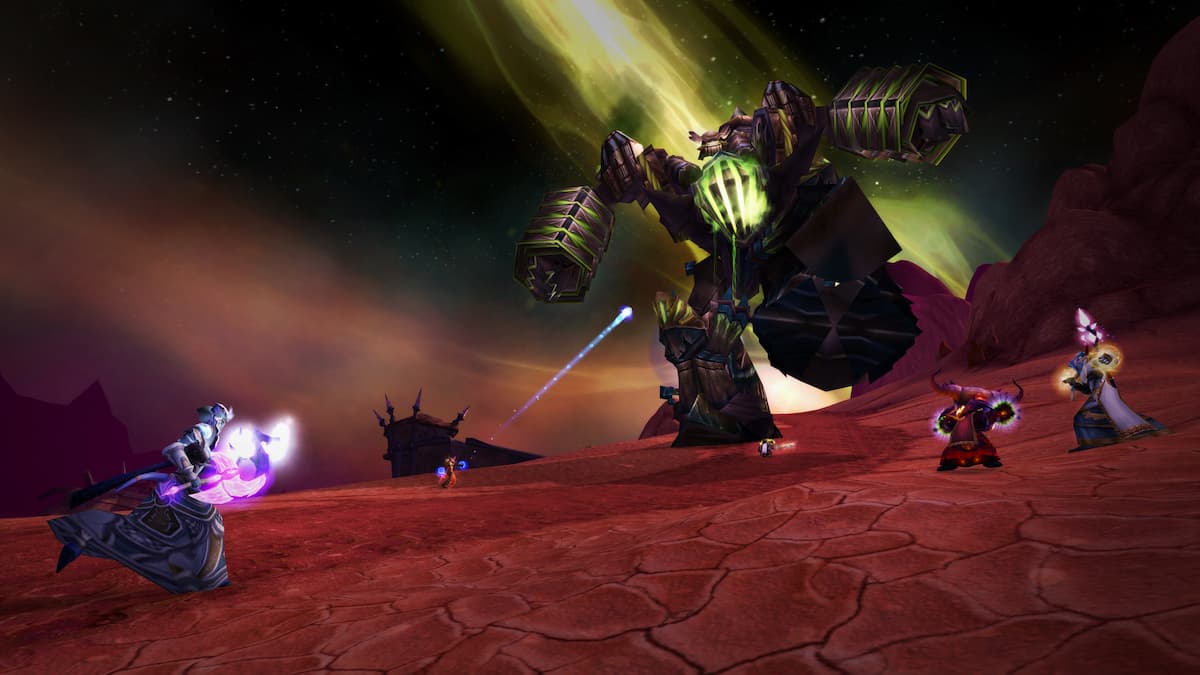 World of Warcraft Burning Crusade Classic has been pushing through its phases at a strong pace, with the Fury of the Sunwell patch launching recently for players to sink their teeth into the Sunwell Plateau raid. But everything is not perfect for all servers. Due to major population declines, Blizzard is shutting down over 20 servers on August 9 and sending their characters to more popular realms.

This news doesn’t come as too much of a surprise, however. When Blizzard started allowing server transfers in Classic, it was only a matter of time before this became the only solution. Over time, players have gravitated to the most active servers to have better options in endgame content, and the servers that didn’t make the cut have slowly starved ever since. The current state of the game is a select group of mega servers and a ton of empty ones. This surplus of servers was originally in response to the popularity of the game when Classic launched three years ago.

Here is a list of the realms currently set for retirement:

Blizzard has stated that all characters remaining on these realms will be automatically transferred to specific servers that they will reveal soon.

Free server transfers are currently in effect for all of these realms, and it is advised that players take advantage of them before the shutdown as the automatic migration comes with a chance that your character will be unavailable for up to two weeks. Blizzard is also removing restrictions in place for transferring between PvP and normal realms during this time.

While things are being scaled back for Burning Crusade, the company is still working on its next Classic release, Wrath of the Lich King, which is expected to launch towards the end of this year.