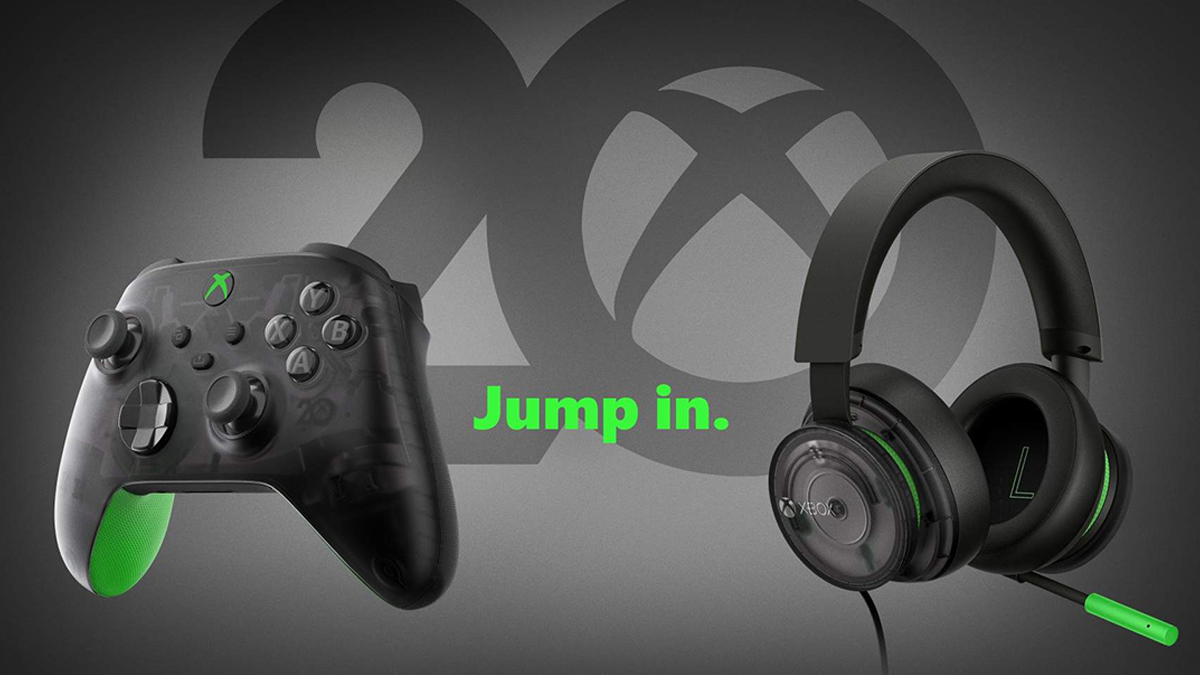 Xbox might be celebrating its 20th birthday, but we’re the ones getting the presents. As part of the festivities, Microsoft is selling some anniversary-themed accessories.

Namely, Xbox announced a 20th anniversary controller and stereo headset. The controller has a translucent black front, solid black back, and green grips, in what the Xbox team calls “a fresh spin on the translucent green of the original Xbox debug kit.” The Xbox home button is also made to look like the original Xbox logo from 2001. Plugging it into a Series X/S will unlock an exclusive 20th-anniversary dynamic background too.

The stereo headset also features a similar opaque black body and green accents, with translucency on the ear cups. As with other Xbox-branded headsets, it supports spatial audio tech like DTS Headphone: X, Dolby Atmos, and Windows Sonic. You can also easily adjust your volume by rotating the right ear cup.

The controller and headset both go on sale on November 15, the very same day that the original Xbox launched. Both accessories will cost you $69.99 / £59.99 apiece, and pre-orders are open now. Xbox is also celebrating the anniversary with an unexpected brand crossover: you can pick up a package of limited-editions gummies from Trolli and get a month of Xbox Game Pass Ultimate with your purchase.