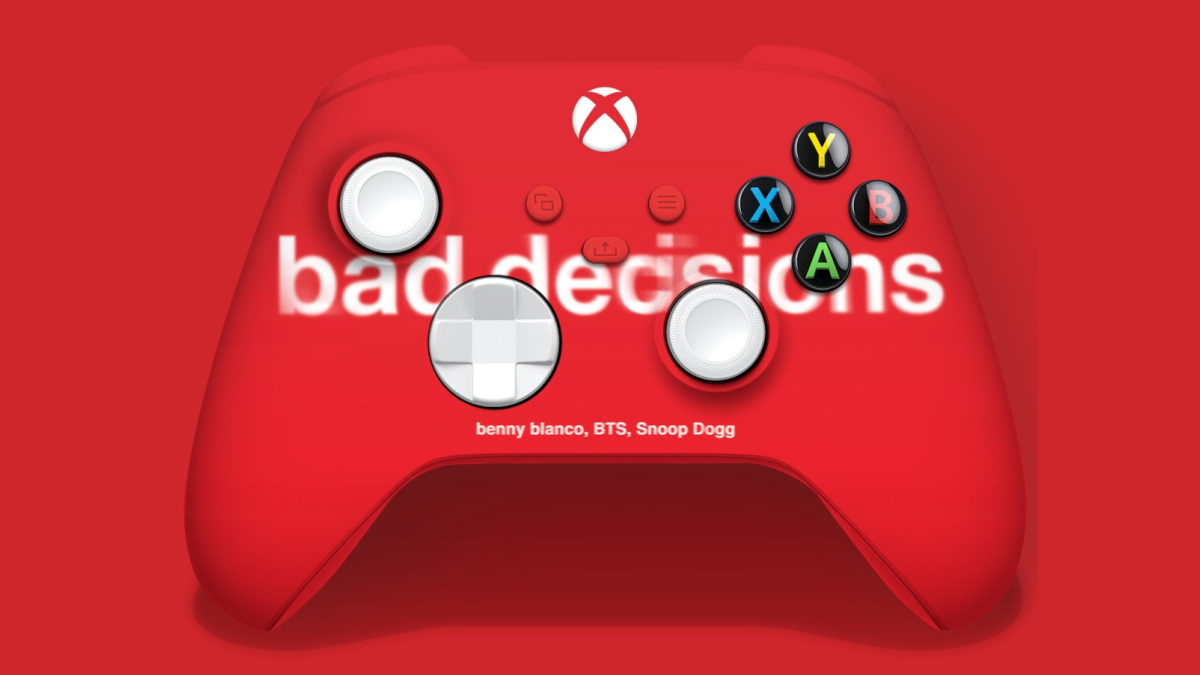 As far as promotional tie-ins go, the gaming industry has probably hit the full spectrum of weirdness over the years. Sometimes it’s a strange TV commercial, other times it’s Pokémon partnering with a popular fast-food chain, and sometimes it’s a bizarre singing Xbox controller. In celebration of the release of the song “Bad Decisions,” featuring Benny Blanco, BTS, and Snoop Dogg, Xbox has taken to Twitter to show off the grand prize in its latest sweepstakes event — a custom-designed, “Bad Decisions” themed controller that sings to you.

The “first ever singing controller” — which is noted as being “for display use only” in the competition rules, raising some questions about its actual use for gaming — will be awarded to thirty lucky participants who follow the Xbox Twitter account and retweet the post with the hashtag #BadDecisionsSongXboxSweepstakes. It’s not clear as yet what the extent of the controller’s ability to “sing” is, but the speaker shown in the back of it suggests that it will at least play the song itself. The novelty of that alone ought to tide over winners in the face of the controller’s otherwise fairly simplistic design. The competition is running until 25 August, and participants must be 18 or over.

The fun and the corporate cross-promotion won’t stop there, though. Forza Horizon 5 players will receive a special custom vehicle for their garage, also inspired by the song. This new vehicle takes some slightly more interesting aesthetic choices at least, with some white patterning on the hood of the car accompanying the artists’ names. This new vehicle and the song itself will be shown off later today on the Xbox Twitch channel, starting at 11 AM PT. Tune in then to decide whether getting involved in this latest promotion will be a bad decision or not.