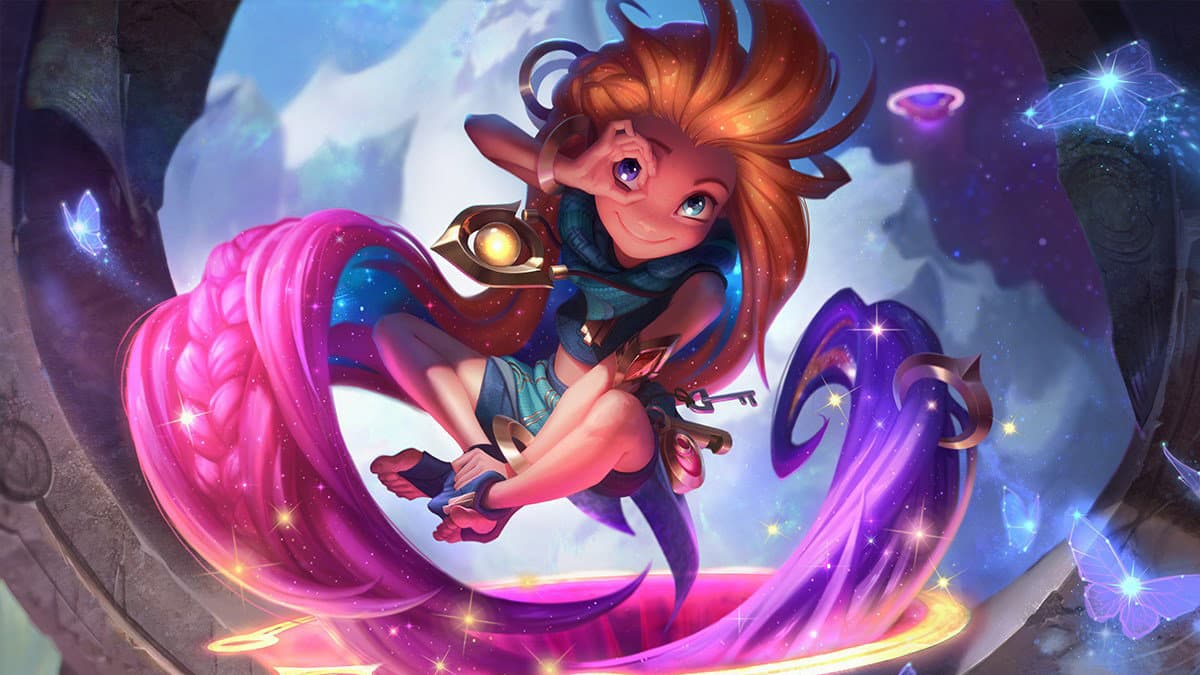 With the upcoming expansion to Legends of Runeterra slated for December 16, a new champion has joined the ranks. Zoe will make her debut in the League of Legends card game as a Celestial type hailing from the region of Targon. With her new low-cost kit, Zoe is the perfect fit to start off any game with a Celestial deck.

Along with Zoe, she is bringing along a ton of spells and two new followers. Here are all of the cards announced along with Zoe.

Abilities: Elusive. Nexus Strike: Create a Supercool Starchart in hand or, if you have one, reduce its cost by 1.

Level Up: Zoe has seen you play 10 cards with different names.

Abilities: Elusive. For the rest of the game, when you summon an ally, grant its keywords to all allies. Nexus Strike: Create a Behold the Infinite that costs 0 in hand.

Effects: Invoke a Celestial card that costs 3 or less.

Effect: Pick 1 of 3 enemy spells played this game and create a copy in hand.

Deal 4 to an enemy that attacked this round or is Stunned.

Other cards announced with Zoe

Abilities: Costs 2 less if you Behold a Celestial