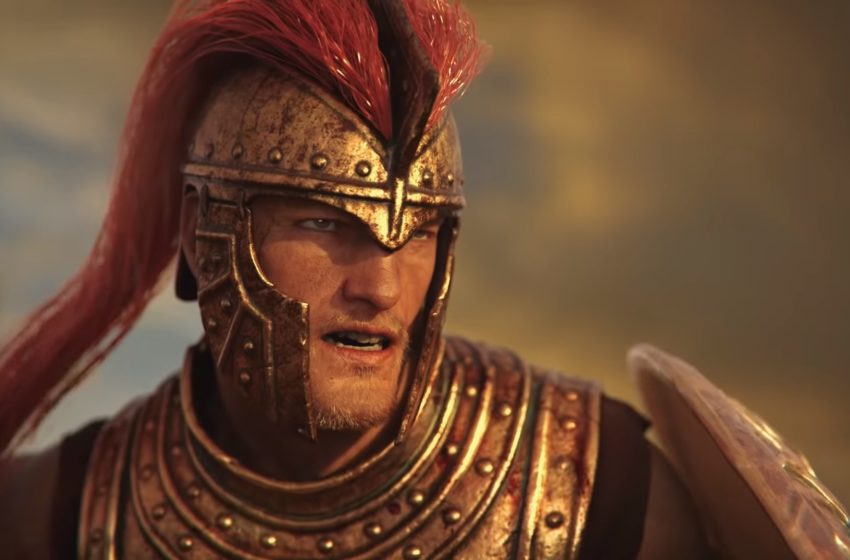 My campaign against two neighboring nations is going well, and I’ve nearly eliminated one of them. I have two armies surrounding one nation’s final stronghold, and they’re just one turn away from being completely besieged. Unfortunately, I haven’t fought the second nation yet, and they’re about to invade my borders, with only the single army I left behind there to defend the homeland.

I have a choice to make: Do I divert my forces away from the embattled enemy capital to assist, or do I ask my defending soldiers to pay the ultimate price? While retreating home now could prevent those units from being obliterated, it delays taking out a rival faction, forcing me to remain in the war longer and wasting precious resources. I pause to ponder the sacrifice and weigh the fate of my empire.

A Total War Saga: Troy, the 14th game in the venerable Total War series from Creative Assembly, allows you to survey your region and plan your expansion at your pace, giving you opportunities to skillfully negotiate or run head-on into war. The diverse leaders are the flagship new feature of this entry in the franchise — and where Troy shines most — and the massive battles are as satisfying as ever.

The leader you choose determines your playstyle, not only by the allies they have when you start the campaign, but also with the bonuses they receive and how you choose to use them. But is there enough here to make this Saga a worthy addition to the long-running series?

The basics of the Total War series remain the same in Troy: You expand your empires, work toward conquering or allying with your neighbors, and build massive forces that you can use to defend yourself or to march across the landscape to fight. The epic battles that occur with these large armies spark as much excitement as ever, and the complex tactics you can use to defy the odds with a single unit make it fun.

For those who have played Total War before, the core gameplay loop will feel very familiar. But the addition of leaders and how they stand out from each other does add something special. When these legendary personalities clash on the battlefield, their armies encircle them so they can display their legendary prowess, much like the historical texts and epic poems want us to believe it actually happened.

An age cast in bronze

Troy takes us back to the earliest point in history the Total War series has ever tackled, highlighting the conflict between the Trojans and the Greeks. Paris of Troy fell in love with the Spartan King Menelaus’ wife, Helen, and since the feeling was mutual, Paris and Helen fled to Troy, where they married. Thus begins the 20-year-long war across the Aegean Sea, where we meet powerful figures such as Paris’ brother Hector and Greek legend Achillies.

This all takes place during the Late Bronze Age, when trade, resources, and technology were simpler, and that shows in parts of the gameplay. Your trade and resource management focuses on the basics, where you oversee your Empire’s supply of food, lumber, bronze, stone, and gold. Of the five, gold is the only finite resource. You must consider your neighbor’s resources to barter trades, and bronze becomes a coveted item used to enhance your overall warfare.

The technology trees are not vast, and could even be called basic, but they reflect the historical setting. As do the Greek gods, who you have to go out of your way to appeal to in order to receive the best bonuses.

Your choice of leader factors greatly into your gameplay style. The leader doesn’t force you to play a certain way, but you will have the best experience by appealing to their unique mechanics. For example, Trojan leader Hector has a mechanic called The Assuwan League, where he builds military and defensive alliances between numerous allies and receives bonuses for each one that joins him. By having more allies, it forces him to remain in his starting province, barely expanding his own territory but gaining control of the map through his allies’ growth.

When you play as Achilles, on the other heel, his mechanic is called the Living Legend, where random events bring about warriors to dispute his greatness. When Achilles accepts the challenge, they may surrender or duel him and his army. The more challengers he defeats, the more bonuses he receives. However, Achilles is vein and governed by his emotions, and his mood changes based on how he performs in a duel. His mood is ever-shifting, giving you advantages and disadvantages, and forcing you to provide him gifts to calm him when he’s feeling particularly foul.

While there are only eight heroes available at launch, they all feel fleshed out and different from each other. After completing a 30-hour campaign with one leader, it’s a welcoming feeling to start over with new tactics and goals with another. And there are already plans to add more leaders: Artemis and the Amazons are a free addition in October; Ajax and Diomedes join in the winter; and Hephaestus, the god of fire and metalworking, will be added as a free addition after that.

A Total War Saga: Troy doesn’t break the formula. It’s not something groundbreaking for the franchise. But there are enough new elements here to keep it fresh, and much of the fun comes from focusing on the finer details of the game. You feel that your negotiations between factions matter, and the time spent developing your units’ meticulous formation pays off. Together, it merits a visit to the breathtaking Trojan seas to see why two nations went to war over a shotgun wedding.

In my earlier warring against the two nations, I chose to sacrifice my third army to weaken the attackers. I then took my auxiliary forces from the capital attack to eliminate the weakened enemy at my gates, which felt good, even having lost many experienced units to them already.

They don’t call this a saga for nothing.