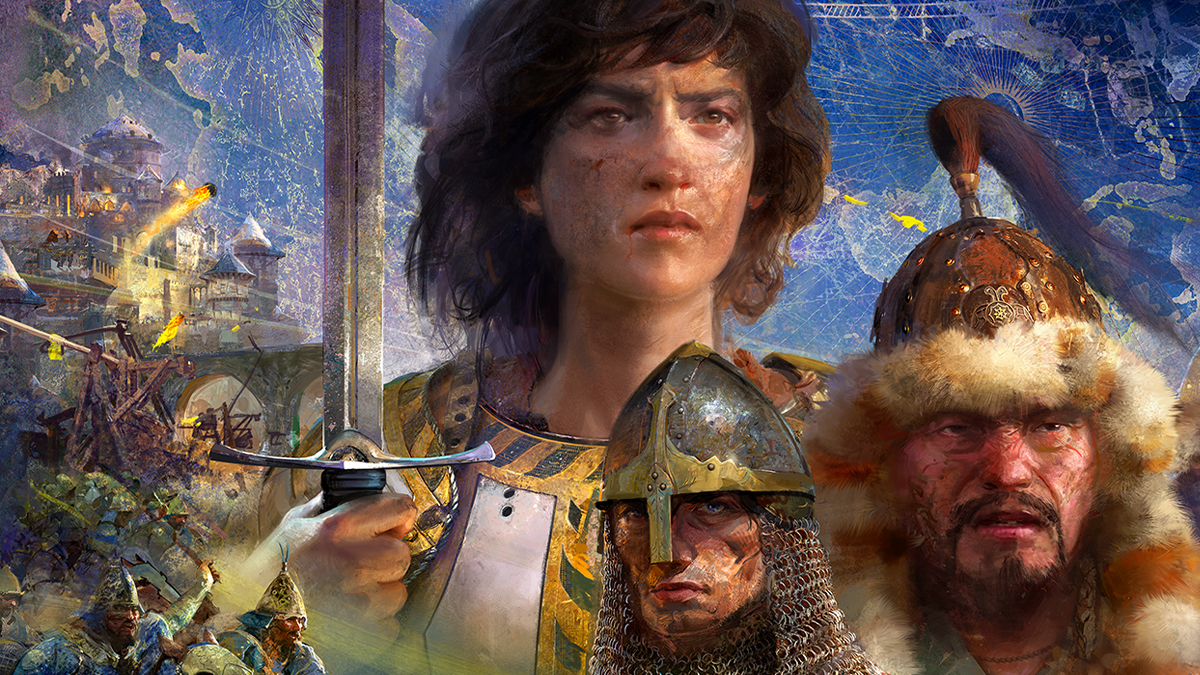 But that’s one of the best things about the game — the formula doesn’t need to shake up or morph into something else. Age of Empire IV is great the way it is. It’s a nostalgia trip that takes everything great about the original games and presents them in a brand new package.

Age of Empires IV makes it easy for both returning players and for those who have never handled a top-down real-time strategy game. The tutorial wraps up nicely to teach the basics before throwing players into the single-player mode where they can run through history through four campaigns featuring the English, French, Mongols, and the Rus. It’s a good way to jump into the game without directly battling against a complicated AI. You can eventually try battling against other players, but their knowledge from previous Age of Empire titles gives them a huge advantage.

After finishing those, you can try your hand at playing against the AI in the skirmish mode in any of the premade encounters or create your own using any of the eight civilizations. While the civilizations share many of the same units, the small differences and unique bonuses of an empire force you to consider your options when playing them.

For example, when playing as the French, you’ll want to lean into the civilization’s cavalry. Whereas the robust English is superb at defending against sieges, using their unique Longbowman unit to defend from afar or relying on the Network of Castles passives to increase the attack speed of units while near specific structures.

While the civilization bonuses and unique units are a huge highlight for Age of Empires IV, they’re also a letdown. A majority of the civilizations feel like they could have been plucked from previous games with a little polish. For returning players, it could easily feel like an expansion for Age of Empires III, except for the addition of the Mongols.

When Relic was creating the Mongols, they were definitely trying to approach this civilization very differently from the other seven. While complicated, they’re extremely satisfying to use. The Mongols feature a mobile playstyle where they can pack their buildings and move them around the map. You’ll want to explore much more of the map and find locations that you can gather as many resources as possible before moving on, potentially eluding the enemy, while also using more hit-and-run tactics.

Many of the other civilizations don’t have the same level of complexity as the Mongols do, and it’s a bit disappointing. But it doesn’t take away from the overall enjoyable experience of creating an empire from almost nothing, defending it, and besieging a powerful enemy.

Not only are the civilizations more of the same, but the graphics don’t offer too many appealing sights. Age of Empires IV is a game you can play on multiple levels of hardware and not feel too much strain, even if you were to maximize the settings. There’s nothing wrong with this, but it feels like a missed opportunity to use a more unique art style to make the game feel like a modern rendition of a franchise that dominated the mid-2000s.

None of the visuals are broken or feel outdated. Still, there could have been a bit more detail added to the evergreens that my villagers were knocking down or to the water as it splashed against the sides of my ships as they fired against enemies. While keeping the gameplay the same felt like a good idea, the art style could have used a few updates.

I was never completely won over by Age of Empires IV. Still, I had a great time playing it, and everything clicked together really well without feeling too overdone. The fact an Age of Empires game could be made in 2021 and not feel like something that’s trying too hard to lean into the nostalgia of the original games is a huge accomplishment.

The game feels like a good addition to the franchise, and the creativity of how the Mongols civilization plays makes me hopeful that Relic will try pushing the envelope to test out more ambitious mechanics moving forward. I’d like to think more risks with the civilizations would be a welcome choice, along with the art style, if Relic wishes to truly go out of the box with the next Age of Empires.