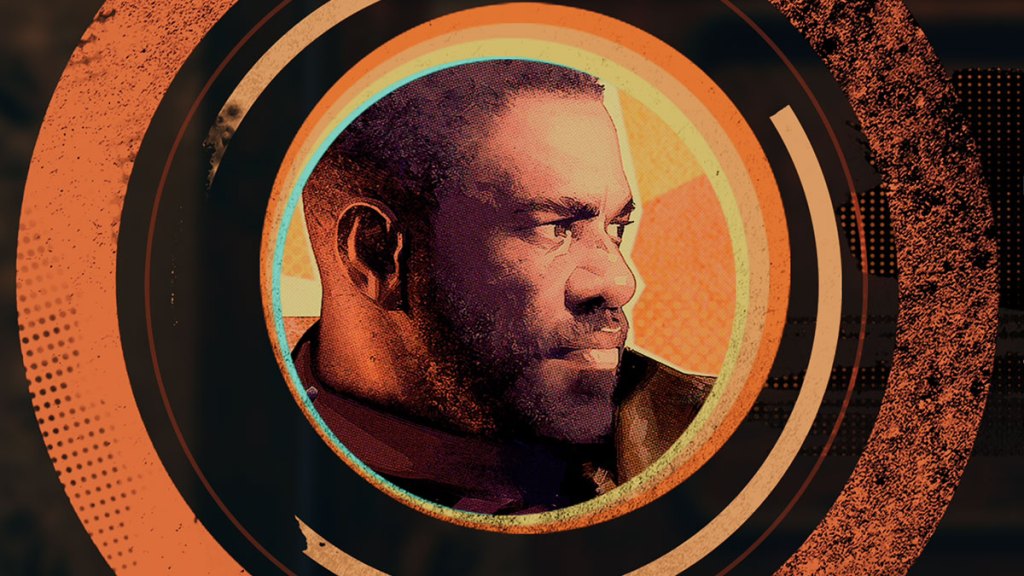 Somewhere in a frozen tundra is a man named Egor who does science experiments. He is a Visionary and is possessed with a strange and terrible power. I would very much like to kill him. The complication is that I need him not to be where he is and instead be somewhere completely different. Where he is just happens to be his lab, looking over information from a successful experiment earlier that day. Where I want him to be is a house party with eight other Visionaries so that I can murder them all at the same time.

This would prove to be a problem in most games, but in Deathloop, I can simply wait for tomorrow, technically a repeat of today, and trash his science experiment in the morning. No interesting result gives him no reason to miss the party, and I can then snap his neck with the rest of the group. Or at least, that is the plan. A lot can go wrong between now and this morning, and I won’t know how tomorrow plays out until later today. It’s all very confusing, to say the least.

A day that ends in die

Deathloop opens with Colt, the protagonist, waking up on a beach. He is confused and somewhat grumpy, which potentially echoes how players will feel early in the game. The opening couple of hours of Deathloop are where players are likely to feel a little put-out and confused, and it is interesting that Arkane has opted to echo this mood with the main character.

Colt is being tormented by a woman called Julianna, who is more intelligent, more informed, more skilled, and generally just better than you. Colt and Julianna have some form of a previous relationship, but Colt has forgotten almost everything about it, her and just about everything else.

You slowly start piecing together information about where you are, what you are doing, and what you need to do. In between mocking you, Julianna lets you know that you are on an island called Blackreef, you are trapped in a loop, and you need to try and break it. Julianna doesn’t want you to but is confident in her ability to stop. Mainly because she has stopped you a thousand times before. Julianna likes the loop and wants to stay here, and has no intention of letting you break it.

The end result of all this is that players need to kill eight different characters on the island on the same day, and Julianna will be trying to stop them. If you reach the end of the day, the day resets, and if you die, the day resets. At reset, anyone you have killed comes back to life. You realize that the aim of the game is to engineer a perfect day for you and a terrible day for everyone else on Blackreef.

You can’t take it with you

Central to the concept of Deathloop is the premise that you cannot take weapons and items that you find with you from one loop to the next. Except, you can. If you can find enough of a resource called Residuum and infuse it into a weapon or item, then it becomes yours to keep from loop to loop. This forces players to explore and find Residuum or farm any of the eight Visionaries that they know they can kill quickly because dead Visionaries drop all manner of valuable things, including Residuum.

You also need to do a lot of exploring, discovering clues and secrets in Blackreef’s surprisingly dense districts. In the loop, knowledge is power, and knowing who will be where, at what time, and how to manipulate or kill them is vital. You also never need to approach a level the same way twice. Especially as experimentation is often rewarded with a more efficient method of doing things.

Deathloop is essentially a huge murder mystery. You know the killer, which is you, and you know the victims, which are the Visionaries. What you don’t know is where, when, and how to kill them to ensure you can take all eight of them out in the four allotted blocks of activity that you will have on the island.

Balancing on a knife-edge

While much of the moment-to-moment gameplay in Deathloop is quite sneaky as you attempt to avoid detection, violence is never far away. Players will have their abilities, guns, and a trusty blade, giving them lots of options to choose from.

Combat in Deathloop is incredibly fun, taking the blueprint established by Dishonored and polishing it to perfection. There is a lot to be said for the introduction of modern-day weapons to the formula, as they allow the game to keep floods of enemies coming. Colt is surprisingly frail, and dying is easy if you get caught out of position against too many enemies.

The game gets truly scary when you get invaded by Julianna, who another player can control if you wish. This turns Deathloop into a proper game of cat and mouse. The other player needs to hunt you down before you can get to them or make your escape. As fun as it is, the opt-in nature is essential and a clever decision from Arkane that many players will be grateful for.

The good news is that you can die a couple of times before your day will reset thanks to a Reprise ability, but you will need to make it back to the frozen moment of your death to recover your Residuum. This adds a dose of tension and forgiveness to your encounters that really amplifies the core tenet of the gameplay design: players should feel free to experiment and explore their abilities.

Quickly shifting around to get a perfect position and chaining multiple enemies together to share the same fate before finally popping one of them with a headshot and watching them all go down feels fluid, exciting, and rewarding. While in the opening hours, it is possible to feel there are too many similarities between Deathloop and Dishonored that soon fades away as it becomes evident that Deathloop is the inevitable evolution of what Dishonored does so well. It is easy to imagine them in a shared universe, with a hundred years between the stories being told.

The easiest way to think about Deathloop is as a puzzle game. It feels almost dismissive to say it, but fans of Dishonored are in for an incredible treat here. I don’t think I have enjoyed my time with a game this much in years. The constant discoveries, challenges, and fun of watching all the pieces fall into place is a wonderful experience.

The relationship that plays out between Colt and Julianna is also incredibly enjoyable, with childish jibes and insults punctuated by brutal moments of violence that slowly unravels into something far more complex.

Performance-wise, while playing on the PlayStation 5, we only experienced a few minor lighting bugs and a single moment of a broken AI. The game ran smoothly and looked beautiful.

Arkane, a studio known for designing extremely engaging and clever games, has elevated its art with Deathloop. Games like this are lightning strike moments, a combination of talent and ambition that is both rare and risky.

Personally, there is still some mulling to be done, but Deathloop will end up somewhere in my Top 10 games of all time. It has been a while since I have felt so drawn into a game. I have felt wholly engaged and obsessed with Deathloop since I first launched it. It’s a reminder to me about everything I love in gaming and the extraordinary vision and ability of the people who make them.

I can think of exactly two things that I feel could be improved about the game, and both of them are related to the menus. It would be handy to be able to see any relevant story or ability-related missions in the districts for each time of day without needing to jump into another menu. Secondly, a FOV option on consoles should be an industry standard at this time. Other than that, I honestly cannot think of a single knock against Deathloop.

Don’t let  Deathloop’s roots in Dishonored’s design philosophy put you off, as the game is a true watershed moment for Arkane. Deathloop is such a strong showing that the only real worry is that this is clearly the result of a team in their prime, and primes cannot last forever. Still, Arkane has also shown us that there is always room for improvement, adding layers of intricacy and new systems and bringing what we already know forward into the unknown.

Any developer who can design a game so perfectly formed yet robust and able to withstand player experimentation surely has a lot more left in the tank.