In the immortal words of Stan Lee, “Hello, True Believers!” Insomniac Games has taken the internet and the gaming industry by storm with the release of Marvel’s Spider-Man. Strap on those web shooters because I believe that Spider-Man 2 has officially been dethroned as being the definitive Spider-Man game.

Simply put, the story is Amazing! In Spider-Man you play as a Spider-Man that is in his early twenties with eight years of wall crawling experience under his webs. This is important because it lays a beautiful foundation for some iconic Spider-Man stories that they could introduce at a later date. But more than that, I think because of how the Marvel Cinematic Universe has been portraying Peter in those films – namely as a newly minted superhero and apprentice to Tony Stark – the departure from the entirely familiar fledgling origins shown in previous incarnations of the character and more recently in the MCU to that of an adult Spider-Man in this video game helped to create separation for the Insomniac Spider-Man its MCU counterpart.

What I love most about this story is that Insomniac Games decided to take inspiration from the “Brand New Day” storyline and use that as their foundation to create their Spider-Man world. The world that they’ve created feels fleshed out and vibrant. Spider-Man has a very fun working relationship with NYPD Captain, Yuri Wantanabe, an engaging scientific life working with Doctor Octavius at Octavius Industries and a remarkably exciting home life as Peter Parker where he balances helping Aunt May at the FEAST homeless shelter while also trying to manage to return some normalcy to his friendship with Mary Jane. The relationship they’ve created with MJ is sweet, awkward as all post break up connections are, a little tragic at times but ultimately it’s hopeful. I have to give props to Insomniac because they were able to masterfully make all three parts of Spider-Man’s life feel complete but more than that they all felt right and they balanced out the wall-crawling, crime-fighting elements of the game by adding genuine sense of humanity to a game and character that could have quickly become one-dimensional.

I love how they added plenty of references throughout the game that made me feel as if they truly understood not only Spider-Man as a character but also the fandom as well. There were some times where I cracked a big smile hearing one of those references. Two of my favorite moment from the story were when Yuri was going to attend a police ball and asked Spider-Man if he had a black suit and Spider-Man says, “uhhhhhhhhhh.” Then, and this is by far my favorite reference, is when we got our Stan Lee cameo (Insomniac knows their audience!) in the diner when he says to himself as Mary Jane was leaving, “You always were my favorites.” It was such a heartwarming reference to Peter and MJ’s venerable romance in the comics.

I will say that I liked the character of Martin Li. If you’re an avid comic book fan, then you would have already known he is Mister Negative. However, if you are either not caught up with comics or don’t read them entirely, then you would have probably made the connection rather quickly from the trailers and E3 footage. Li is a complex character that is one part humanitarian philanthropist, and one part enhanced terrorist. My main gripe is that I wished that Li was a more redeemable character. There were flashes of it toward the end of his story arc but nothing that made me honestly sympathize for the character. Sadly he ended up just being another piece in the “Norman Osborn is bad” story.

Naturally, Mister Negative was not the real villain of this game. That role was filled by Doctor Octopus, and the twist was done so in a somewhat satisfying way. We got to watch as Otto transitioned slowly from an optimistic scientist on the verge of greatness to a man clearly stricken by a degenerative disease and ultimately into a man corrupted by the technology that he created to assist him and others like him with his condition. It’s the classic mad scientist story arc, but it worked so well that I didn’t mind it at all.

The other classic Sinister Six villains in the game—Electro, Vulture, Rhino, Scorpion, and Shocker—were serviceable and they played their parts well within this story. I hope that in future DLC you get to battle some of them as main threats and not just as minor bosses that you have to take down en route to fighting the big bad of the story.

If there was ever a game that made you believe that web-swinging throughout New York City was possible, it’s this game. Insomniac set out to ensure that when Spider-Man swung through the city that his web-lines actually connected to buildings rather than some mystical point in the sky. That level of detail forced the player to think about which style of swing they needed to use to get from point-to-point. For myself, it made me a much better Spider-Man by the end of the game. Beyond the detail within the mechanics of the web-swinging, the ability to swing across the city is just downright fun, and I found myself just cruising around the city trying to find ways to swing faster and faster throughout the city.

While the web-slinging is fun and borderline addictive, the real star of Spider-Man is the combat system. This combat system is entirely too much fun. It’s a gang-up system that pits you against multiple enemies at the same time and for base assaults waves of enemies. This system forces the player to balance their attacks with their parring and dodging to stay alive. What’s great about Spider-Man is his spider-sense because it warns you of impending attacks. While this seems like it would make you virtually untouchable, you’d be wrong. That’s because Insomniac has stacked the deck against Spider-Man in every single encounter as multiple types of enemies attack you at the same time. They also have tiered difficulty with enemy types as well. The easiest criminals to subdue will be the street criminals, followed by the Riker’s escapees, then the Demons and finally the Sable International soldiers are by far the most difficult to defeat. As with any game once you’ve learned how each type of character attacks, their weaknesses, etc. then they get a whole lot easier to manage, but the learning curve is steep at first.

I enjoyed how they incorporated different styles of webbing that Spider-Man can use in this game, and I like how they allowed you to change on the fly in slow-motion. It’s nice because Spider-Man has always used different webbing in the comics, so it made sense for them to bring that into the game. Plus, it shows off his scientist side as well. The great part about them allowing the players to change on the fly is that it not only illustrates how quickly Spider-Man can think on his feet and adapt to a changing combat environment, but it also establishes how fast Spider-Man is as well. I found myself using the trip mine, web bomb, impacting webbing, and the regular web shooters most often.

For me, open world games can be a mixed bag. I have always preferred games with a more linear storyline with less of an emphasis on the open world aspect of the game. Thankfully, Spider-Man does an excellent job of balancing the side missions with the main storyline. Insomniac achieved this symmetry by forcing the player to take small breaks from the narrative at planned intervals. These scheduled breaks allow the player to explore the world while they wait for the next story mission to pop up on the map. While I do love this approach to how players interact with the world, these side missions are not without their problems.

For starters, the side missions are highly repetitive. This is because every single district has at least two side missions with a micro-plot that the player needs to complete, two Harry Osborn science stations to work through, two Taskmaster challenges to complete, at least one base mission (Demon, Fisk or Riker’s base), five quick combat missions involving crimes committed by Thugs, Riker’s, Demons and Sable International and to top it off you need to collect runaway pigeons for a homeless guy and Spider-Man’s old missing backpacks, visit and photograph points of interest and finally there are hidden points of interest to visit and photograph as well. It’s a lot of work, and imagine multiplying that workload by nine separate districts. It all ends up being a little mind-numbing and all too repetitive of an experience when you sit back and think about it. As I’ve said before, thankfully Spider-Man is an addictive game, so it wasn’t too bad playing through them in the moment. Also, because they tied the gadget progression and suit unlocks to this list of side missions, it means that players are incentivized to play them so they can unlock new Spidey suits and upgrade current gadgets or unlock new ones. That still doesn’t excuse the lack of variety with the district side missions. There are only so many times you can stop a car chase before it loses its excitement.

Each of Spider-Man’s suits has four perk slots. There is the suit power perk slot that and four passive perks. The suit power perk slot is a rechargeable power-up that can, based upon the power you pick, grant you more focus to electrifying your punches to calling in a Spider-Bot to help you out in tight combat situations. It’s there so the player can personalize their Spider-Man’s fighting as well as make smart choices about how best to attack a specific scenario. For instance, you might have the challenge to electrify ten enemies, so using the “Electric Punch” suit power might be something the player would want to do to achieve that goal. The passive perks will grant you things such as increased health when you use focus to restore it; web gadgets refill your focus, auto-apply focus to regain health, mini-map shows you hidden photo spots, etc. As with everything in the gaming world, how the player decides to best utilize the perks is wholly based upon that player’s play-style and the requirements of the mission. However, I do feel that each suit should have come with a native perk that could not be used by another outfit.

Spider-Man is one of those beloved characters that has a handful of iconic costumes, and a smattering of other well-liked or well-hated suits. While I’m not going to rank all the outfits best to worst, I am going to list my top 5 favorite suits and my top five least favorite suits.

Last, but certainly not least by any stretch of the imagination, is the photo mode in Spider-Man. The brilliant idea behind the concept is that Peter Parker was a photographer for the Daily Bugle before he became a scientist and was hired by Otto Octavius, so photography and Spider-Man have always gone hand-in-hand in nearly every incarnation of the character. In short, the photo mode is excellent, it’s intuitive and using the filters, frames and stickers you can make some seriously fantastic images. I do also really like the selfie mode because it plays nicely with the social media feed along the right side of the mini-map portion of the menu. I think what would have been even more amazing about photo mode and the social media aspect of the game would be if you could share your photos or selfies via the social media machine in the game and see AI responses to your pictures. 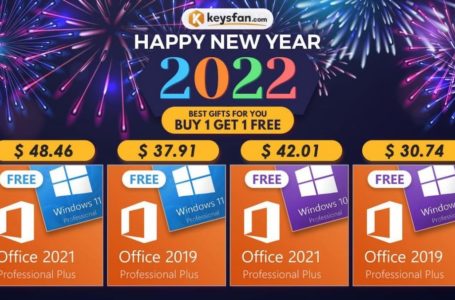 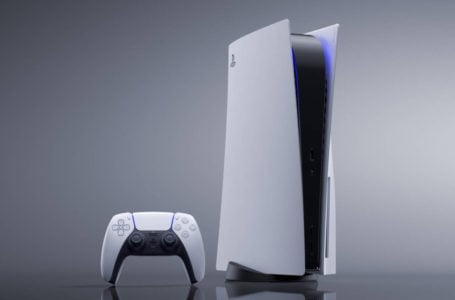 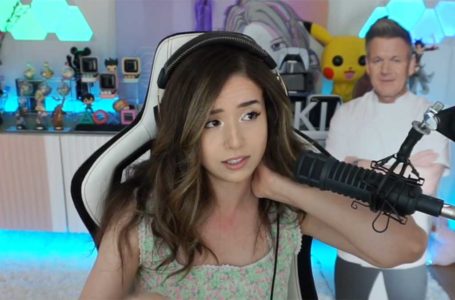