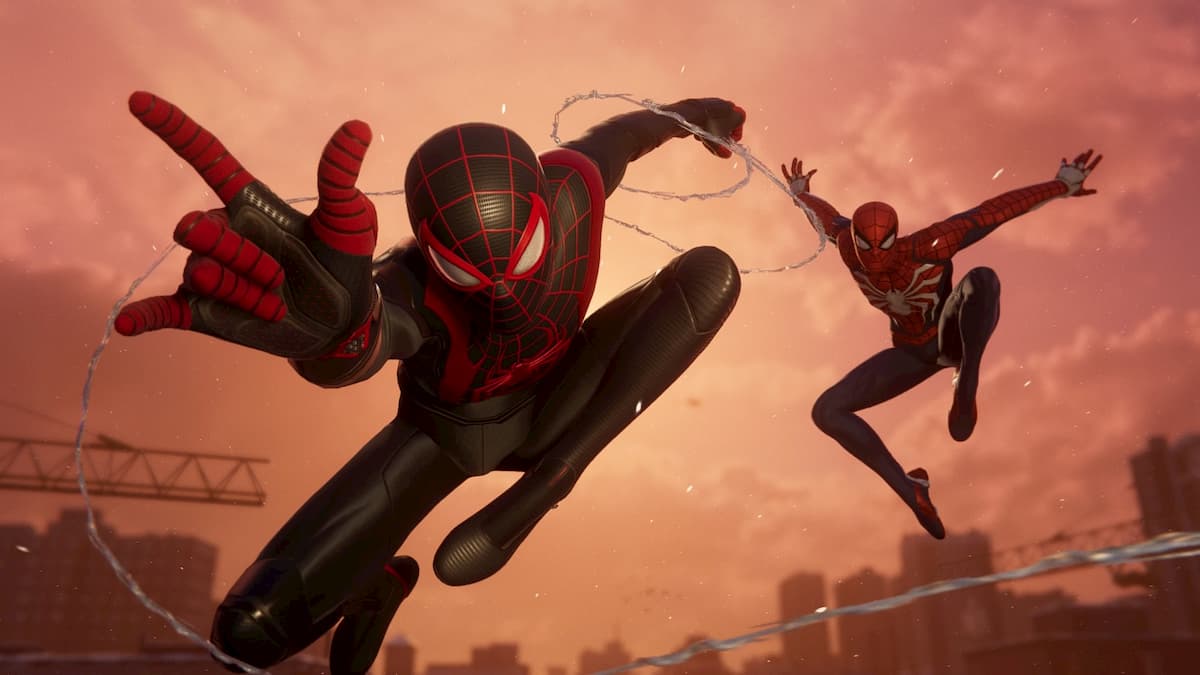 Marvel currently dominates the pop culture landscape. After taking over the box office with the company’s insanely popular Marvel Cinematic Universe films, Marvel Comics has also built an impressive video game resume. Stemming back from Marvel’s initial arcade titles in the 80s and 90s, the Marvel brand encompasses an amazing selection of games. Marvel games are diverse, featuring genres of all types, including action, fighting, and RPGs. With so many great titles, it’s hard to distill the best to only ten games, but that’s why we’re here.

Best Marvel Games of all time

Square Enix’s and Crystal Dynamics Avengers game had a flawed launch. The game was buggy, and the pacing for the main storyline was slow. However, thanks to consistent updates to the game over the years, the title has turned around to become a remarkable game. Marvel’s Avengers still has problems, yet it is now a game worth trying out. The game contains an impressive selection of heroes for fans to play, including Ms. Marvel, Jane Foster’s Mighty Thor, and Black Panther.

Related: All MCU skins in the Marvel’s Avengers game

Similar to Marvel’s Avengers, 2013’s Deadpool video game is flawed. The Deadpool game doesn’t have the tightest controls, and the gameplay is simplistic and repetitive. Despite that, the game is incredibly charming. Deadpool himself acts and looks like how Deadpool should, and the game is chock-full of clever references to the Marvel Comics. The game never takes itself seriously and offers superficial fun for fans of the Marvel Universe.

Capcom released several Marvel games in a partnership with the comics company in the late 80s and 90s. Though the collaboration is most well-known for leading to the creation of the Marvel fighting games, there were also some arcade beat-em-ups that Capcom released starring Marvel Heroes. The original X-Men arcade game was highly successful, which led to the release of the X-Men: Mutant Apocalypse on Super Nintendo. Mutant Apocalypse is a successor to the original X-Men arcade game, featuring more up-to-date pixel graphics and tighter gameplay mechanics.

Movie tie-in games tend to be bad, but the original Spider-Man 2 video game proved to be an exception to the rule. The game is based on the movie of the same name where Spider-Man has to stop Doctor Octopus from unintentionally destroying New York City. The game version of Spider-Man 2 may not hold up in every aspect, the graphics, in particular, don’t look pretty by today’s standards, but the title is best remembered for its swinging mechanic. Players can swing around New York like Spider-Man, which is the mechanic everyone remembers from this game. The swinging would later be a main focal point in Insomniac’s Spider-Man game that was released for the PlayStation 4.

Another movie tie-in game that is pretty good, X-Men Origins: Wolverine may be one of the only instances where the game is better than the movie. The game features Wolverine going berserk throughout time, slashing his way through his enemies as he does in the comics. The game has shockingly good controls, and the graphics at the time were groundbreaking. Wolverine would heal in real-time, and players can see his wounds slowly stitched up. Hopefully, Insomniac’s upcoming Wolverine game can match Origins in terms of quality.

The Lego video games are always a ton of fun and are great games for parents to play with their children. The Lego Marvel Super Heroes feature a great selection of Marvel characters and iconography, starring a mixture of heroes from the Avengers, X-Men, and Fantastic Four. The games are not difficult and won’t take long to finish, making them perfect for casual play. The later Lego Marvel games focus more on the MCU rather than the traditional Marvel Universe, meaning no teams like the X-Men and Fantastic Four. The original Lego Marvel Super Heroes features the entire Marvel Universe in all of its glory.

The Marvel Ultimate Alliance games are action-adventure titles where players take control of four Marvel heroes on each level. The first game in the franchise was well-received by comic book fans for having a large selection of heroes and incorporating storylines directly from the comics. The gameplay for the games is simple yet very addicting. The sequels never improve what the first Ultimate Alliance established; the first game in the series is still the best due to its ambitious campaign.

3) Guardians of the Galaxy

After the initial lukewarm response to the launch of Marvel’s Avengers, many were not expecting much in Square Enix’s second Marvel game. However, Marvel’s Guardians of the Galaxy ended up proving everyone wrong. The game ended up being a critical darling, with people praising the title for its enjoyable gameplay, amusing storyline, and solid graphics. Unfortunately, it didn’t reach sales expectations set out by Square, meaning we may never get a follow-up on this title.

Related: Guardians of the Galaxy’s ‘underperformance’ is indicative of a wider problem

Capcom held the licensing to develop some Marvel games in the 90s, which led to the company making several X-Men games. This, in turn, led to the creation of the Children of Atoms fighting game starring the heroes. It soon dawned on Capcom to re-use assets from its other fighting games to develop a cross-over game between Marvel and Capcom characters. First, Capcom released X-Men vs. Street Fighter, and then Marvel vs. Capcom 1.

It would be Marvel vs. Capcom 2 when the company truly struck gold. The game featured one of the most impressive rosters of characters in all of gaming, and it includes icons like Spider-Man, Ryu, Wolverine, Megaman, and Captain America. The game is unbalanced, but it ultimately doesn’t matter. Marvel vs. Capcom 2 is a fun game and has endured the test of time.