It’s a terrible way to start a review, but I am not exactly a fan of the Metal Gear series. I have played some of the games, and enjoyed them, but Hideo Kojima’s sprawling opus never really became something I felt I had to play. As such, I had no real skin in this game, the pondering as to whether Metal Gear Survive would be good or bad, or whether it even should have happened.

Metal Gear Survive is a spin-off from Metal Gear V, but released by Konami without the input or expertise of the series creator Hideo Kojima. I enjoyed my time with Metal Gear V, and truthfully I wanted this game to be fun simply because I want all games to be fun. And it was fun, for a short while, but eventually the endless grinding of my desire to play against the abrasive design decisions that make up Metal Gear Survive wore me down.

The basic story of Metal Gear Survive is as follows: During the events of Metal Gear V, when Mother Base is attacked, we all know that Big Boss escapes in a chopper. As a guy whose name is also his job description, this is his right. What we didn’t know was that shortly after he left, a wormhole opened up in space and dragged what was left of Mother Base off to another dimension. This new place is called Dite, and Dite is dull. It’s an empty desert filled with stuff pulled in from our own world. Enemies swarm across it’s surface, or rather, they slowly shuffle. Wreckage is everywhere. From trashed cars, broken down outposts, large chunks of Mother Base, and more. The world is filled with crafting materials for you to pick up, enemies for you to poke, and more crafting materials for you to pick up. There are animals for you to hunt and water for you to put in bottles, and both of these activities are absolutely essential because you can only walk a few feet without needing to eat, and a few more before you need to drink.

At first, the punishing need for food and drink feels refreshing. I thought, like an idiot, that finally someone had created a game that was punishing on the survival front. Sadly, it goes from feeling punishing, to just feeling stupid. It also does this very fast. When you first arrive, you have access to a small amount of fresh water, and a whole lot of dirty water. Drinking dirty water will make you ill, so you need to try and avoid it if you can. In my first hours playing the game all I ever found was dirty water. I would become ill and my character would puke. Normally, he would wait until I was fighting some Wanderers, then enter the puke animation and be quickly beaten to death. You do eventually get a pot to boil water, but not until well into the game. Despite being a game based around crafting, collecting materials, and general salvage, you cannot make a pot. You have an endless supply of metal. You can fashion weapons, ammo, medical supplies, but you cannot make a pot. Instead, you drink the dirty water and you puke until the game tells you that you have a pot. It doesn’t sound like much, but it is indicative of the way that Metal Gear Survive seeks to interfere with its own attempts to get you to have fun, almost every step of the way.

The thing that made Metal Gear V stand out was all the ways you could have some fun. You could sneak or you could shoot. Maybe you did hilarious things with the various gadgets in the game. In Metal Gear Survive, fun walked out into the middle of this brown, dull, desert and it curled up and died. Menus are obtuse at best. Endless systems intertwine with each other in an attempt to apply depth, but in actuality it just leads to everything being awkward. A fine example of this are the menus. There is no mouse support on PC, instead you use a combination of arrow keys, numbers, Q, and E to navigate. You jump between tiles, and tabs in tiles, just to do simple things. Sometimes, for no reason, you can use your mouse, but only to do one specific thing in that particular menu.

Combat is awkward. The early reliance on hand to hand was a terrible decision, because hand to hand combat feels awful. Enemies, no matter the level, can pretty much two shot you. Normally you will be trying to fight them while puking. Eventually I got sick of this and just started bringing fences with me everywhere, putting them down and sticking a large spear into anything on the other side. Wanderers are not smart creatures, and will try and fight their way through a fence rather than walk around it. So the first few hours boiled down to me placing fence, stabbing stuff, round up more stuff and lead it to the fence, and then stab them as well. After these fights, I would need to go back to the base, make up some more food, and then do it all again.

Even movement is terrible. I despise stamina systems in general, but I despise this game’s stamina system in particular. It should just be called a fatigue system. You get tired so fast in the early game that I eventually just decided to slow walk everywhere. If I happened upon a threat in the desert, I would need all my stamina to sprint for the five seconds it would allow. When something as basic as moving around the game world is boring, you know it has has struggled to figure out where the fun is. You can open up teleporters, so at least you only need to struggle to most places on the map once. Even this is oddly inconvenient, though, often pitting you in a fight against a horde of enemies just to avoid having to walk home.

In time, you can upgrade your base and make nicer things. You can create better traps and weapons. An animal pen will become an option, meaning finding the endless supply of food you need will be less of an issue. You get the pot to boil water. Still, by then it is too late. The game will have exposed itself as something that is just too laden down with bad decisions to be enjoyable. Mild glimpses of the inherent silliness of Metal Gear games just won’t be enough to lift your spirits. Probably the most egregious of all the sins committed by is the ten dollar charge for a save slot. I actually had to get up from my computer and walk away when I realized this was a thing.

To be fair, the game is technically sound, or at least it was for me. I had no issues with frame rates or crashes while playing, and utilizing the Fox Engine, it looks nice from a technical sense, even if the art direction has made Dite into a boring, brown ball. When I did finally get to the point of shooting things, the combat felt enjoyable until I had to make more ammo. It really did make me sit down and wonder why Konami didn’t go for a faster paced game. Survival can be fun, but only if it doesn’t reduce things to a constant grind of crafting basic items, punishing systems, and unfair deaths.

A spin-off Metal Gear game, under the circumstances that this one released, needed to be fun and exciting. Instead, it merely got lost in the shadow of the more fun, far superior title that proceeded it. It’s impossible to see Metal Gear Survive as anything other than a cold, hard, cash in on the name of Metal Gear. Sadder still, is that it could have been good. If Konami had done a better job of transplanting what was fun about Metal Gear V into a new world, it might have been a different story. Instead, we have a game that, slowly but surely, will grind you down until all you do is shamble around a desert, a mirror image of the Wanderers you fight. 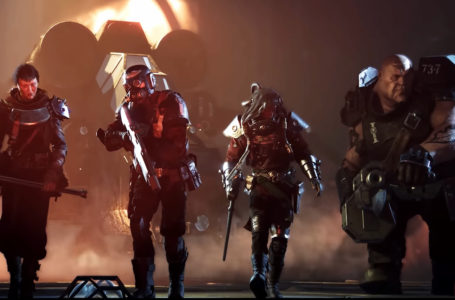 How to change your appearance in Warhammer 40k: Darktide 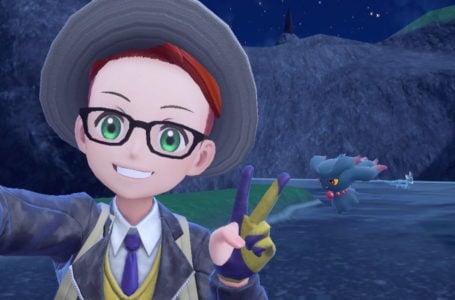 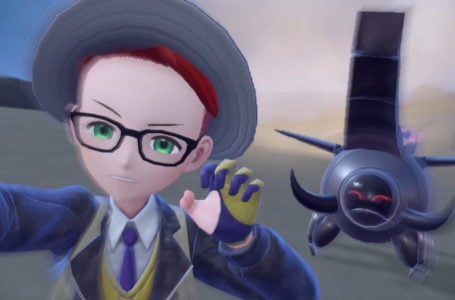 Where to find Iron Treads in Pokémon Scarlet and Violet 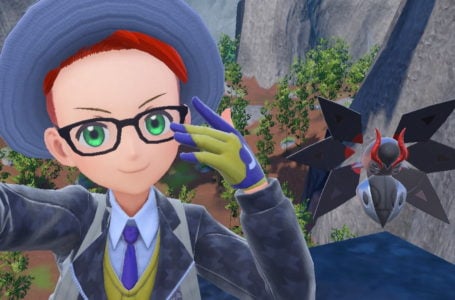 Where to find Iron Moth in Pokémon Scarlet and Violet