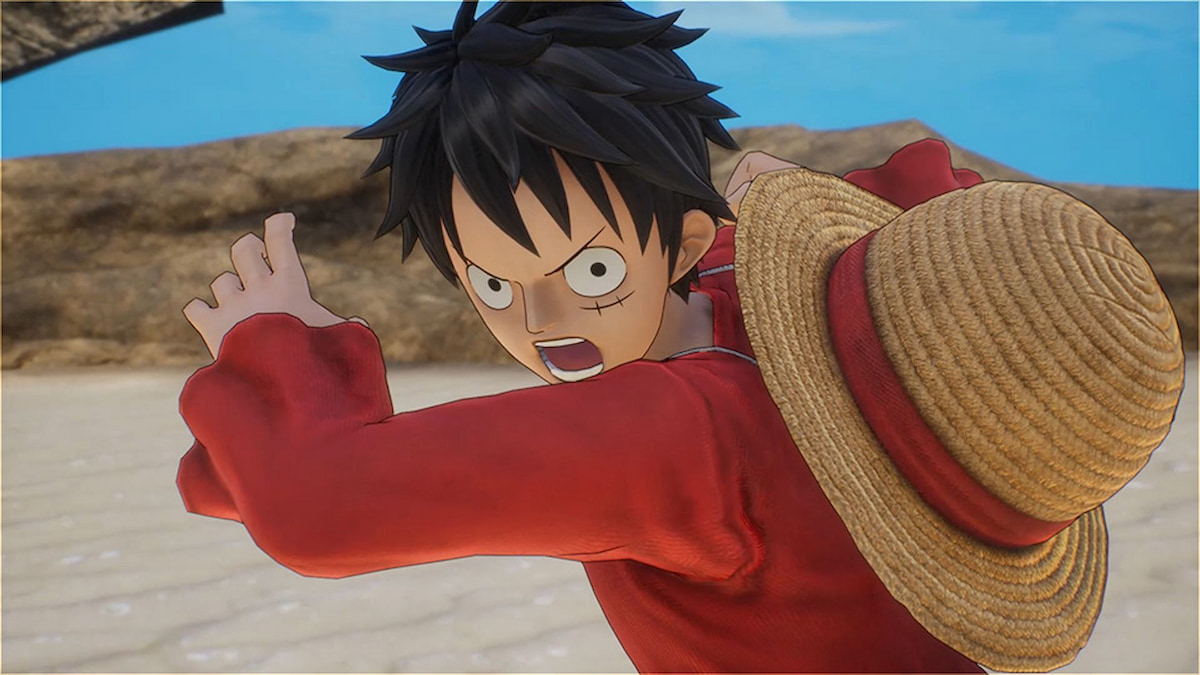 I will admit right up front I have never watched a single episode of One Piece, nor have I had the opportunity to read the manga. It has always existed on the periphery, and I know of it and most of its characters, but nothing beyond previous games featuring its characters. I am, however, extremely familiar with turn-based RPGs. The team at Bandai Namco and ILCA have taken the almost impenetrable world of One Piece and created a well-made but ultimately dull role-playing experience that’s almost impossible to recommend to anybody outside of diehard fans of the series.

When I first booted this up, I honestly wasn’t sure what to expect. Anime-turned-RPG has been a growth within the industry as of late, and more often than not, these games attempt to onboard players who may not have any knowledge of the anime itself. Dragon Ball Kakarot, for example, was also published by Bandai Namco. It did a decent job of ensuring that the game and story were easy to follow for players who had never watched an episode of Dragon Ball. The opening of One Piece Odyssey tosses you in the middle of an adventure with protagonist Luffy and a level 40 party consisting of his Straw Hat Pirates Crew members. After an hour or so of tutorials, you lose your powers while exploring a mysterious island chock full of bizarre-looking enemies and mysterious Colossi. What follows next is 20 hours of linear exploration, turn-based battles, and fan service that will only appeal to hardcore One Piece fans.

The core plot is essentially designed as a “lost episode” of One Piece. It takes place late into the series, as the Straw Hat Crew begins the game in full force, and the dialogue is packed full of references that flew right over my head. The crew finds themselves stranded on the mysterious Waford Island. The team runs into new characters named Aido and Lim, designed by One Piece creator Eiichiro Oda.

After a short sequence of events and extensive but simple combat tutorials, the crew loses their powers and must ally with these new characters to regain their lost skills. The island is comprised of several elemental Colossi. Each time you defeat a Colossus, you must revisit events from the group’s past to reach your full potential and solve the mystery of Waford Island and its strange inhabitants.

One Piece Odyssey is part of the 25th anniversary of the manga, and the entire thrust of the plot is designed to celebrate the series’ history. While this idea is probably great for those in the know, it leaves people without intimate knowledge of the franchise in the wind.

Each time you revisit a memory, you relive what the crew did before, but some differences crop up, to the dismay of Luffy and his team. As interesting as this concept is, without any first-hand knowledge of the show or books, I had no idea what was happening most of the time. Specific set-piece battles and big moments fall flat, as these beats are designed to cash in on nostalgia rather than stand on their own merits.

Since the story and setup for One Piece Odyssey relies so much on the amount of love you carry for the franchise, I was hoping the gameplay would pick up the slack and provide some fun over-the-top anime antics. Odyssey offers nothing remotely close to matching the bombastic art style and action that made One Piece famous.

Each combat encounter lets you use four party members at a time, and you can swap them out with allies waiting on the sidelines. Your crew and enemies are divided into three groups: Strength, Speed, and Technique. This simple rock, paper, and scissors system only truly matters during a handful of bosses and unique bounty hunt challenges. The only novel idea One Piece Odyssey features are the concept of Zones. In combat, each ally and enemy will be grouped in different areas. You can only perform attacks on enemies in your Zone before you can attack an enemy situated somewhere else.

Combining these ideas and concepts should elevate the gameplay to a degree, but the low difficulty never requires you to learn, use, and take advantage of its mechanics to progress through the game. In fact, after the opening prologue, Odyssey lets you enable auto combat and fast forward for the combat animations. Now, these features aren’t new to RPGs, but what is new is the fact I was able to leave these features on and cruise through the vast majority of the game, including end-game content, without having to strategize in the slightest.

The auto-combat option doesn’t take advantage of zone placement, enemy weaknesses, or swap party members out, so using it should leave you at a disadvantage. “Should” is the keyword because leaving it on was still viable during late-game sequences.  The game even lets you automatically equip gear as well. It all adds up to a game devoid of challenge or player agency. One Piece Odyssey doesn’t feature any difficulty selection, so there isn’t any way to bump up the challenge on that front either.

Bend but not break

The lack of difficulty goes hand in hand with the straightforward level design. Much of One Piece Odyssey is a series of corridors and hallways, with little exploration off the beaten path. Each new location will place story NPCs at opposite ends of every area. The linear level design leads to a ho-hum back-and-forth slog through each environment multiple times to progress to the next battle or dungeon. Each character in the group can wield special skills that allow them to interact with the world differently.

Luffy can use his stretched limbs to reach new areas and grab items from afar. Chopper is small and can squeeze into narrow crawlspaces, while the rest have ways to smash doors or find hidden items. Throughout the nine chapters, various crafting systems and a Bounty Board will let you tackle secondary objectives. Some of these sidequests will unlock Grand Logs. These short vignettes will give players some basic backstory related to the recent memory you’re revisiting.

The rest of One Piece Odyssey holds up well enough on the presentation front. It doesn’t feature a dub voice track, so the original Japanese voice cast is all you can use. Visually, Odyssey looks just fine. The character models do a fair job of translating the unique art style of the manga, but it lacks visual flair to help the graphics pop. Subtle cell shading would have bridged the gap between the anime and the game’s visual identity. Many of the character’s special attacks have flair, but you will see them hundreds of times before you reach the end of the game. It isn’t great looking by any means, but it runs well and doesn’t suffer from any technical issues.

One Piece Odyssey is a slice of fan service that is easy to recommend for die-hard fans. As a game detached from its brand, it doesn’t bring anything new or exciting to turn-based combat. From the story’s perspective, the plot was straightforward to predict and quickly left my mind as soon as it entered. One Piece Odyssey is a very safe, bland celebration of the beloved series worthy of something more ambitious.