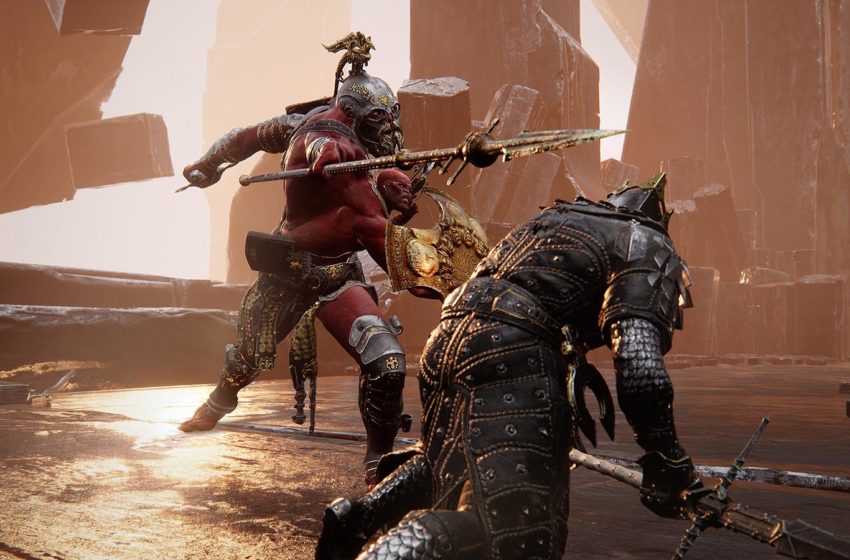 With innovation comes imitation, and there have been a few game developers this generation who have taken aim and produced a game in their own vision, often with mixed results. German developer Deck13 created Lords of the Fallen and The Surge, both competent but flawed adventures, while Team Ninja’s Nioh is an excellent game but lags in its lore and storytelling. Even FromSoftware experimented with its own formula in Sekiro, to great results.

Now there’s a new contender in the form of Cold Symmetry’s Mortal Shell. And while it doesn’t reach the same level as Team Ninja and From’s offerings, there’s a lot to like here.

A world of possibility

After a short tutorial, you are thrown into Fallgrim, a desolate swamp infested with living husks and polearm-welding butchers, and it’s up to you to discover the secrets of this abject nightmare. Mortal Shell demonstrates some interesting points of lore early on but leaves it to you to discover more about its world and the bodies you inhabit on your adventure, called shells.

Shells are deceased warriors of the past, and you can take control of their form. Four are scattered around Fallgrim, and each has its own specialities. Tiel, for example, is a rogue who sacrifices vitality for agility, while Eredrím is slow but tanky. There are also four sacred weapons to find and use, each of which can be upgraded to power up its strength and abilities.

Combat is very enjoyable and has a nice fluidity to it. Attacking enemies’ feels heavy enough to make every engagement a calculated risk while rewarding you for playing patiently. Even grunts can devastate you if you approach them casually, and there’s no Estus Flask here for swift healing — if you want a health top-up, you need to find items for it.

The harden mechanic, where you can petrify your skin to deflect a hit once every six seconds, makes the game’s otherwise devilish difficulty more forgivable. You will be ejected from a shell upon first death, but you can re-enter it to give yourself another chance — provided you can make it to the shell.

Visually, Mortal Shell looks great too. Marsh growth and wildlife inhabit Fallgrim’s dank bog, while dungeon instances range from icy caves to bright vistas to dingy chambers harboring deadly, poisonous ghouls. It’s not as intricately designed as FromSoftware’s worlds, but it does present a more linear, compact approach to world and dungeon exploration. The crestfallen atmosphere is built on a foundation of detailed environments and supported by smart sound design that subtly alludes to dangers nearby outside of combat while providing valuable proximity information when in combat.

However, the game is not without issues. While you will encounter ranged and magical enemies during dungeon instances, there are very few ranged weapons or magic attacks you can use, so those looking for combat variety outside of melee will be disappointed.

The same is true for the shells, where your choice of combat style is limited to quick and vulnerable, tanky and slow, or somewhere in between. Meanwhile, the effectiveness of shell’s combat upgrades, which come in the form of perks instead of traditional RPG stat points, varies wildly, and meaning creating personalized character builds is not really a viable option.

There is also a lack of enemy variety, with too many humanoids that act as simple meat shields for the more imposing enemies, especially around Fallgrim. Dungeon areas have more variance, but for a game that builds such an interesting vision of dystopia, it’s a shame that enemy design is lacking. Bosses present fun fights and are well balanced, but they’re also fairly basic mechanically.

With that said, Mortal Shell still presents a grand journey that’s tough, but not punishingly so when compared to its Souls-like counterparts. The lack of character and combat flexibility is likely to discourage those looking for a deeper Dark Souls alternative, but by offering thrills aplenty and a story of intrigue, Mortal Shell is anything but hollow.