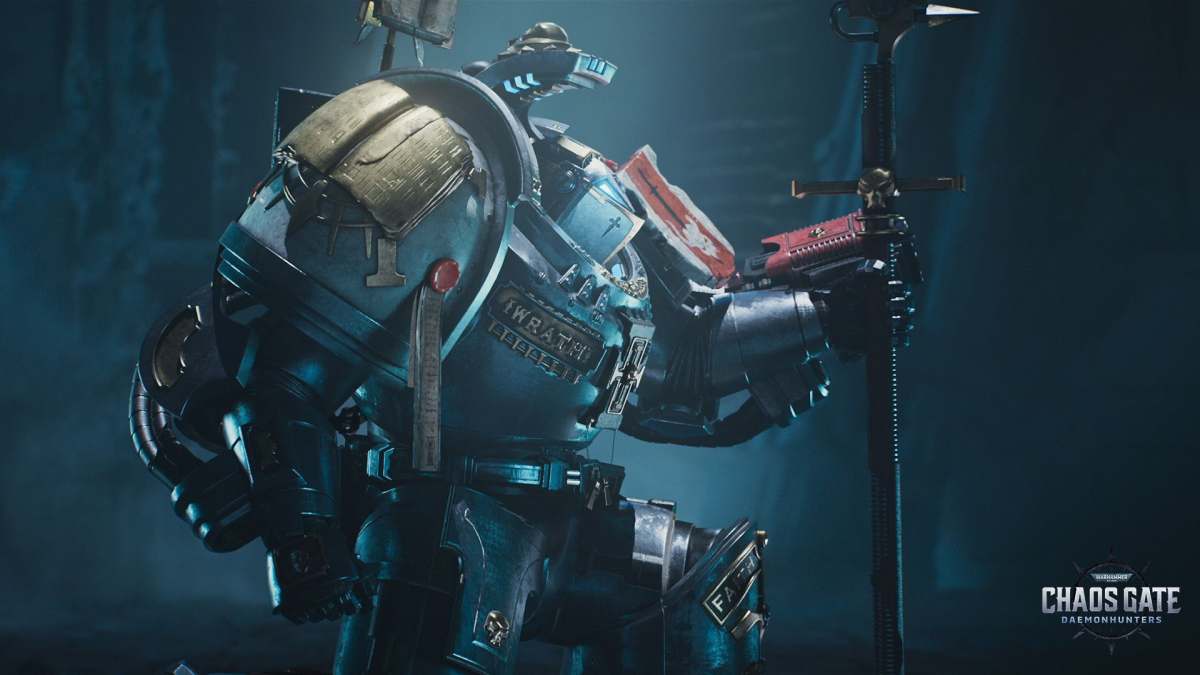 Games Workshop titles have always been challenging to translate into video games. The crux of a product like Warhammer 40,000 is lining up across the table from another person and testing both your understanding of army lists and rulesets. While the lore and setting are certainly a draw, the Warhammer universe has never really had those massive mainstream moments that other nerdy-bastions like Dungeons and Dragons or World of Warcraft have had.

There is also an issue where Games Workshop has a history of being free and easy with the licensing. Despite this, quite a few top-tier titles set in Warhammer 40,000 have been released. Space Marine, Mechanicus, Dawn of War, and Space Hulk Tactics all provide fantastic experiences in the grim darkness of the far future. All these games tend to excel because they perfectly portray at least one aspect of what is perceived to be the reality of life in the year 40,000.

Warhammer 40,000: Chaos Gate – Daemonhunters, developed by Complex Games and published by Frontier Developments, narrows focus onto the Grey Knights. The Grey Knights are a specialist chapter of Space Marines, the 8-foot tall, genetically modified, and heavily armored super-soldiers of the future. The Grey Knights draw their members exclusively from those who are gifted or cursed with some psychic powers. They specialize in putting paid to the terrible demonic forces that are intent on poking holes in the fabric of reality.

It is an interesting choice because Grey Knights vs. horrible demonic creatures allows for a relatively simple “good versus evil” narrative where much of the world of 40K is far more complicated than that. After all, there are no good guys when the entire universe attempts to devour itself in a cataclysmic war.

The good news is that Complex Games have developed a game that rises above both the license it is based on and the overt XCOM inspirations that drive the gameplay. The result is another of the rarest things in gaming: an engaging and enjoyable Warhammer 40,000 experience.

A turn-based, tactical strategy game, Chaos Gate – Daemonhunters draws deep from the well of XCOM while also adding unique touches that make it an experience that is clearly rooted in the 40K universe. While psychic powers provide many tactical options to your troops, they also come with a cost. Using such powers in the world of Warhammer 40,000 is akin to playing ding-dong-ditch with demonic forces, and repeated use can lead to the real possibility of more demonic forces arriving.

The most impressive and welcome change to the XCOM formula is the shooting. Hits are guaranteed. As long as you can fire at an enemy, you will be sure to hit them. This makes sense and cuts out some of the more painful randomness common in the tactical strategy genre.

It also enforces a careful and considered style that makes a lot of sense for the Grey Knights. This military order possesses a religious fervor for their work and will always take great pains to ensure they achieve success when carrying out the will of the Emperor. This is great because Chaos Gate – Daemonhunters is a challenging game. You need to balance all your movement and tactical options, as well as deciding when psychic powers will trump good old fashion rounds downrange. The icing on the cake is that the enemy AI is also smart, and will try to outwork you.

Pincher moves, forcing you from cover, setting up traps, I found the demonic forces that sought to thwart me were capable of doing a damn good job. While it didn’t quite have the vindictiveness of another human player, it certainly meant that if I got sloppy, the AI was happy to punish me.

While the gameplay and general tone are both on point and arguably the most critical aspects, the game’s overall presentation can be lacking. The HUD and UI can be somewhat overbearing and a little muddled, and the music is a little samey. It’s a shame because just a bit more polish would bring it to the level of clinical execution that has made Firaxis’ XCOM the pinnacle of the genre.

The good news is that so much of the game is just good old-fashioned fun. Your Grey Knights are precisely what you want Space Marines to be: Walking tanks that can also do space magic. They start out strong and only get stronger as time goes on. The game punishes you enough to keep you honest while never feeling unfair.

There are also more than enough upgrade and progression options in the game that you can explore tactical differences. One of my favorite aspects of the game, and perhaps the best way that Chaos Gate – Daemonhunters separates itself from the pack, is how you interact with the environments. Being able to drop rubble or hurl items at your enemies is a lot of fun and once again adds to the 40K feel. Smashing your way through walls also adds to the whole vibe of being a badass.

There is something funny about Grey Knights being created with the gene-seed of the Emperor himself when Chaos Gate Daemonhunters have essentially been created with the gene-seed of the ultimate tactical strategy title, the mighty XCOM. Fans of the latter can be guaranteed a good time, but they will need to overlook some areas of clunkiness that they will not be used to from the market leader.

For fans of the Games Workshop product, Warhammer 40,000: Chaos Gate – Daemonhunters can be added to the list of great games based on their futuristic hell simulator. There is a massive amount of fun to be had in stepping into the armored booties of the Grey Knights and trying to solve the many tactical challenges that await you.