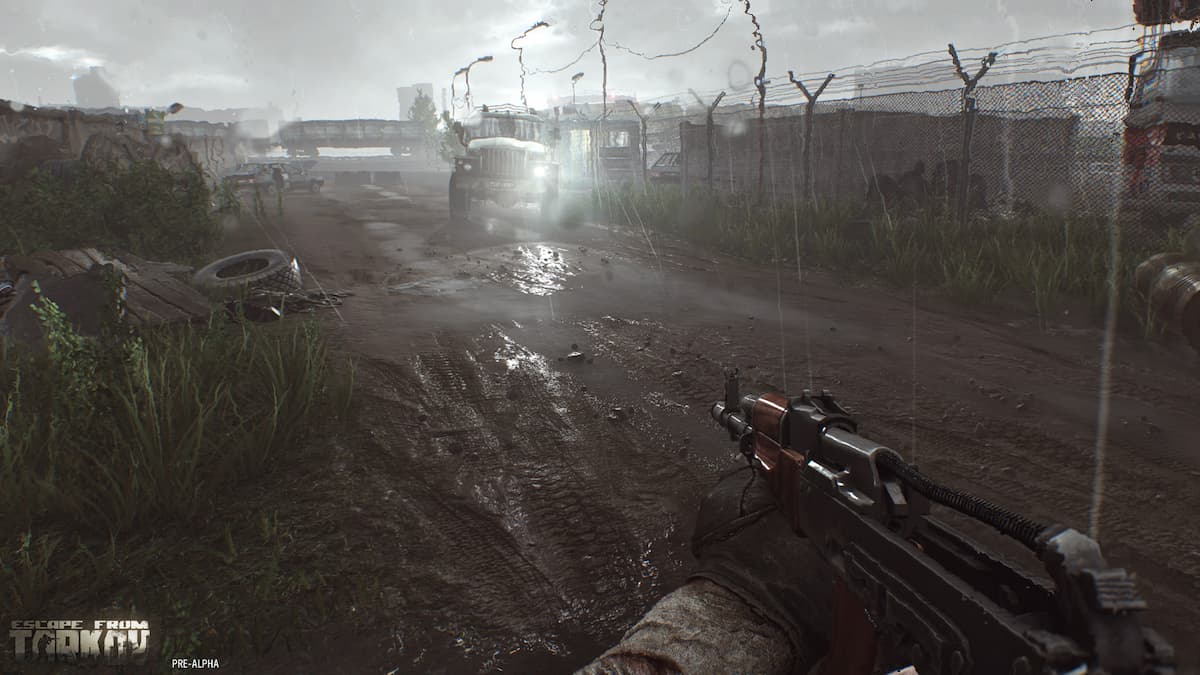 Survival isn’t easy in Tarkov. Between scav bosses and other players, it is very easy to fall victim to any number of tragedies. Having a good weapon is absolutely essential. Luckily, the game has plenty to choose from along with tons of mods and ammo for you to use. Weapons are incredibly customizable, but there are a few guns that really shine no matter the situation. Here is our list of the best weapons in Escape From Tarkov. All of these guns can be modified to handle any situation you come across.

This is arguably the best gun in the game overall. The AK-74N is a jack of all trades — it is a fully automatic assault rifle with a semi-auto option. It does higher than average damage for an assault rifle and is fairly accurate regardless of range. The ergonomics and recoil aren’t great, but they can be managed with some basic mods. It also has a very high muzzle velocity and can easily blast through most enemies fairly easily. The best part about this rifle though is that it can use a wide range of ammo that is cheap and easy to find throughout the game.

Like the AK-74N, the M4A1 is a good general-purpose rifle. It is very well balanced all around with decent range, damage, ergonomics, and manageable recoil. This assault rifle can be modified to fit just about any role you can think of. With the proper mods and a large magazine, you can turn it into a heavy SMG to can chew up entire enemy squads without having to reload. Or you can use it as an excellent DMR, or just a standard assault rifle. The sky is the limit with this weapon and you can use it to fill just about any need. The gun is also able to use a large variety of ammo that is cheap and easy to come by.

The HK 416A5 has a lot of the same features we love about the M4A1, but with a higher rate of fire and a slightly higher recoil. Like the M4A1, it can be used to fill just about any role you can think of with proper mods. The biggest advantage this weapon has though is that it has access to some of the best ammo available in the game. While it can be used in a variety of roles, the rifle is best when used in mid-range firefights. The high rate of fire and large magazine when combined with better ammo makes this weapon one of the most dangerous in the entire game. There isn’t anything this rifle can’t handle.

This is a mid-range semi-automatic rifle that is great for general use as well as handling tougher opponents at longer ranges. It can be used for basic sniping, but at longer ranges, we would recommend trying an SVDS or M1A instead. What we love about the Hunter carbine is that it is really well-balanced. It has excellent accuracy along with good ergonomics and a decent rate of fire. The high rate of fire and decent damage can make this an invaluable rifle. Combine it with stronger ammo types and it is capable of one-shotting just about any opponent you come across.

The FN P90 is an iconic SMG that is perfect for a close-quarters playstyle. The gun has excellent ergonomics and a very high rate of fire. Vertical recoil is lower than you would expect, but horizontal recoil can be a problem if you do not mod the weapon or are just getting used to playing with it. The biggest drawbacks to this weapon are accuracy and ammo conservation. Like most SMGs, you need to be fairly close to your enemy for the P90 to be effective. The high rate of fire will also eat through your ammo pretty quickly, though it isn’t as much of a problem if you are just needing to get a lot of fire downrange.

This is the gun you will want if you like close quarters and fast-paced gameplay. The weapon is fairly similar to the P90 without some of the more glaring drawbacks. It has an excellent ergonomic rating and a high rate of fire. It also has lower recoil and a better effective range than the P90. Adding a new sight and using more high-powered ammo can make this weapon one of the most dangerous in the entire game. The biggest drawback though is that the magazine is fairly small. If you are not careful you will burn through your ammo before you know it.

Like the VEPR Hunter, the MK-18 is an excellent DMR. It is powerful and accurate at mid to long range. It is limited to .338 LM rounds, but those can be found and purchased fairly easily throughout the game. The weapon can do ridiculous amounts of damage to opponents regardless of armor and can one shot the most common enemies you run will run into. This is the weapon of choice for players that prefer to fight at long range or just need a decent sniper rifle or DMR. The rifle has decent ergonomics and weight, manageable recoil, and a large variety of mods.

The Vector is comparable to the MP7. It has the same excellent ergonomics and recoil. What makes the weapon stand out is the range and ammo. The Vector has a much better range than most of the other SMGs available in the game. It also has lower recoil and a larger magazine than the average SMG. The large selection of mods and 9×19 ammo make it easy to customize to fit your needs. You can use this weapon comfortably in any short to mid-range firefight and still have enough ammo for when you get into a pinch.

Also known as the FAL, this weapon is a jack of all trades much like the AK-74N. The weapon has horrible recoil, but this can be countered with some mods. It can be a bit of an investment, but the weapon will pay for itself. The rifle is one of the few guns in the game that can use the powerful 7.62×51 NATO rounds in full auto. It is more accurate than the average assault rifle and can easily tear through any enemy you come across. It is a good weapon to have if you are going up against a boss or if you just get into a pinch and need to mow down as many enemies as you can as quickly as possible.