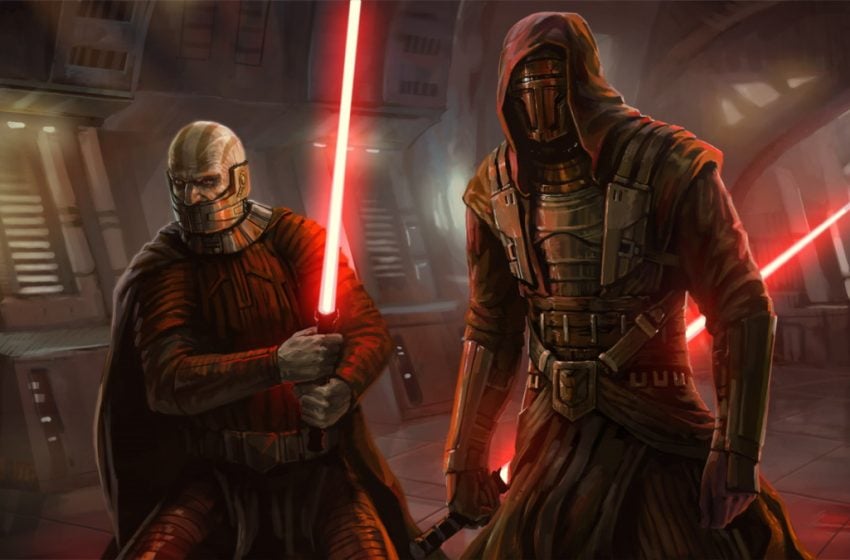 There’s a rumor going around that Electronic Arts (EA) may revisit the original Star Wars game Star Wars: Knights of the Old Republic, which first released in 2003, developed by Bioware. The rumor focuses on EA revisiting the RPG adventure with it being a “remake,” while other sources of the rumor hint at it being a sequel to what happened in the game. Nevertheless, EA’s recent success of Star Wars Jedi: Fallen Order hints at that if they find the correct developer for the project, they can do great things with the title and bring players back to the classic game.

With Knights of the Old Republic on the table for making a gallant return, there are additional rumors of more Star Wars projects happening at Disney. We don’t know the details of those projects at this time, but we made a list of the five top Star Wars story events we’d like to see depicted in video games.

The Mandalorian Wars takes place right before the events of Star Wars: Knights of the Old Republic. It’s the war where Revan and Malek disobeyed the council to fight the growing Mandalorian threat that was sweeping the galaxy as they were conquering systems, defeating the Republic left and right. It’d be a great time to explore this piece from the perspective of a Jedi going off to join Revan and Malek or a Republic soldier. It’d be enjoyable to see it from the side of the Mandalorians to gain their perspective on how the war went from there from near-victory to being pushed back by the Jedi.

Well before the Mandalorian Wars, there was a time when Jedi were everywhere, and they were the sole force users. There was no understanding of the light side or the dark side. This particular conflict sees the rise of a Dark Jedi who believed the real power of the force not from remaining calm and passive, but from raw aggression and hate, tapping into the dark side. They were able to gain followers for the events, splitting the faction in two where they fought amongst each other for nearly one hundred years. Following the end of the crisis, the Dark Jedi were cast out of the Republic, thought to be dead. However, they remained alive and flourished on several worlds where they began to develop their powers in the dark side and formally became the Sith.

The Great Hyperspace war happens after the Hundred-Year Darkness events, where the Sith Empire had time to establish itself and built up a sizeable force to face the Republic and the Jedi protecting it. Both sides met each other, developing superweapons utilizing kyber crystals, which was the main crystal used when creating a lightsaber. The current Disney canon of Star Wars has only briefly touched on this war, but the Legends canon went into much more detail about what transpired during this time. It’d be an excellent opportunity to dive deeper into what drives the Sith and Jedi conflict, beyond the traditional opposing sides using different aspects of the force.

Clone Wars into the rise of the Empire

The Clone Wars focuses on the conflict between the Republic and Confederacy of Independent Systems, also known as the Separatists. The Republic gained a massive clone army, whereas the Separatists had an enormous army of droids fighting against one another, with the Jedi acting as generals for the Republic. In the background, a Sith Lord, Darth Sidious, was orchestrating the entire affair and manipulating both sides. The story has the potential to allow players to see how things work from a clone trooper’s perspective, that of a Jedi attempting the survive the effects of Order 66 (where the clone troopers turned on the Jedi), or even an outsider watching the conflict and the development of the Empire. There’s plenty of unknown ground of the early days of the Empire with plenty for a developer to highlight with EA.

Rise of the First Order

The first three Star Wars movies show how the Rebellion fought against the Galactic Empire and toppled them against overwhelming odds. While it didn’t end there, they steadily grew into power and became the New Republic. However, in the background, the Galactic Empire had the precaution to devote some of their resources to the Unknown Regions, a portion of space that was uncharted, making it dangerous territory to navigate. The rise of the First Order took over thirty years from the original three Star Wars movies ot the new sequel trilogy Disney recently released with the start of Star Wars: The Force Awakens. There’s a lot of available and open time in-between these gaps, and exploring them would be a great way to connect the two trilogies and fill in gaps for any Star Wars fan.