Split-screen gameplay was dead long back, and in recent years we had barely seen games that intensively focused on side-by-side screen gameplay. It looks the developer at Hazelight Studios (the team that brought us Brothers: A Tale of Two Sons) have something different in their mind when they were working on A Way Out.

Co-op, in general, is where more than one player plays together on a common objective. In case there is no friend available to play, gamers can go with the game AI characters who handle the situation. A Way Out on the differing side is touting for pure co-op which looks something challenging and impressive. It is purely a Co-op split screen game with the complete absence of single-player mode.

This is not the only interesting fact about A Way Out, there’s a lot more and so we have decided to come up with a List of 10 Amazing Facts of A Way Out That You needs to know before buying. Let’s get started without wasting any time.

A Way Out has an emotional story of Leo and Vincent. So there is a lot to see, driven by the story players can go through the life and struggles of both the characters.

A Way Out is a pure co-op game, two friends can play local or online. The split co-op screen guides the players to tackle different in-game situation for escaping a maximum facility prison. There is no single player mode, neither you can get an AI to take the role of the second player. To play you will need a helping hand, the action between the player will be interchanged as the story progress. You can pick between aggressive mode like using the bullet and fist or go stealth mode by finding alternative escape points/distractions without raising an alert.

EA has announced A Way Out’s Friends Pass Trial. Through this service, only one has to buy the game, and another partner can play it for free. Player one can send an invite to his/her friend and through the invite, the second player can unlock the Free Trail. This is a huge step by EA.

If you had online plans to play it no PS4 then the other partner must be on the same platform. The same goes for PC and Xbox One. A Way Out does not support cross-platform. PS4 Plus and Xbox Live Gold membership are also required with a stable internet connection.

5. Not Just A Prison Break Game

A Way Out is not just a prison break game, it demands a teamwork and strategy both to plan a safe route out of the prison. Vincent and Leo are the protagonists in A Way Out. Two convicts plotting to escape from a prison. There are NPC’s, traps, and various other elements you for your escape.

Two players will be playing this game simultaneously and so their progress may not be sync with each other. At some point, one player could be watching a cutscene while the other one is in between an objective. To stay on the same progress players have to co-operate with each other.

In A Way Out two players controlling different character will have separate task and roles. For example, if one player is assigned to distract a guard then another one will need to find a tool in assistance. There are no fixed role for the players, players can swap their activities during the gameplay.

A Way Out has different types of gameplay sequences, for example, stealth levels where players will have to complete a task without raising an alert. There are more sequences like action, driving, etc. After escaping from the prison the lead characters will always on run or else they will be hunted by the authorities. This generates the necessity of different sequences that makes A Way Out a bit unique co-op game.

The game has a lot of NPC’s which means there is a dialog option where players can talk with them. Some of them will be helpful in some areas, while in some cases you will have to ensure that your plan is not ruined by them. There will be many NPC’s you can talk with, interact and progress in A Way Out.

10. Game Over If Any Player Exit

While playing A Way Out both players will have to be present in the game together. Anyone among the two if logs out its game over. This makes A Way Out a different co-op game that focuses exclusively on the co-op part. 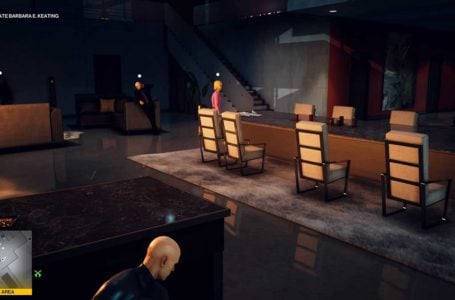 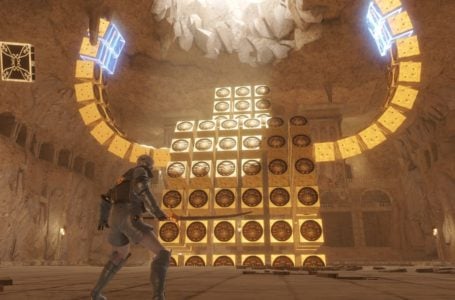 Where to get the Broken Lens in Nier Replicant