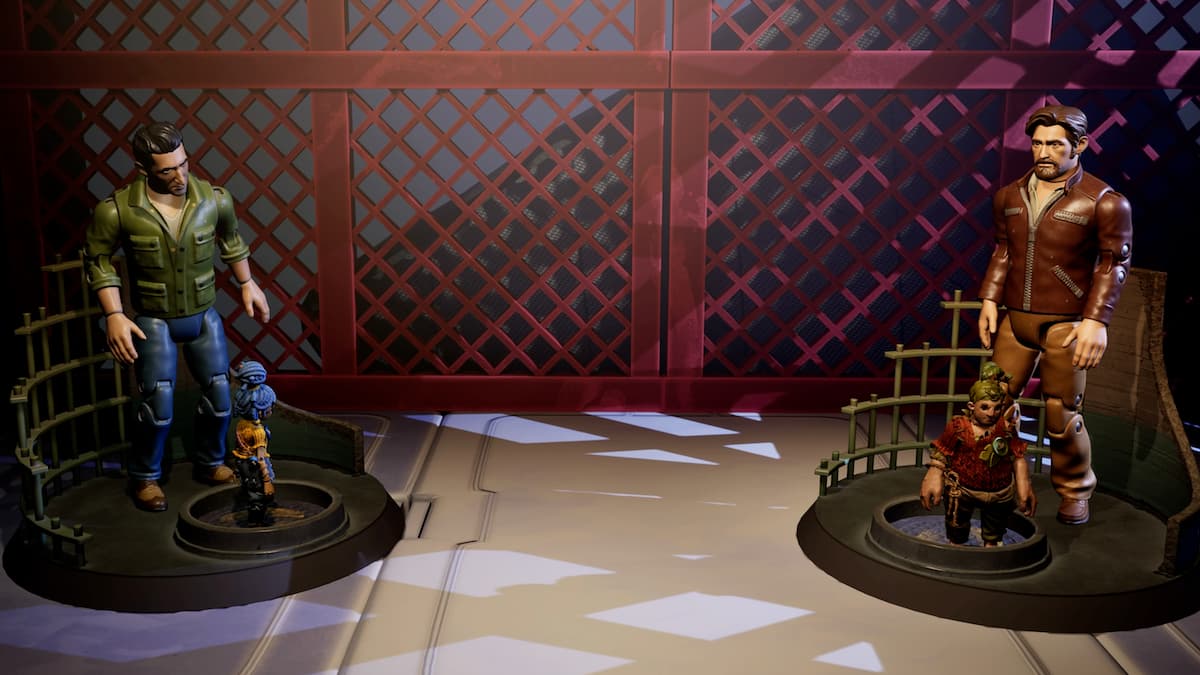 If you’re playing It Takes Two, it’s likely that you’re doing so after playing A Way Out. The latter title is also from studio Hazelight Studios and game director Josef Fares, and if you enjoyed that co-op game, you may find yourself charmed by a little Easter egg homage to it in It Takes Two. And it’s worth going off the beaten path to find it, as it nabs you the Plastic Prison Breakers secret achievement or trophy. As the description reads: “They had no way out.”

In the opening section of the chapter titled Rose’s Room, you’ll be exploring a pillow fort. As you move forward, and before getting into any major puzzling, you’ll find minigames and a few widgets and trinkets to play around with. If you keep veering to the left, you’ll eventually find some pillow platforms that will lead to a hidden tunnel. Look for a red and white polka dot cushion, across the path from a mission control toy that’s on the right.

Go into the tunnel and you’ll encounter two interactive figurines based on Leo and Vincent, the two protagonists from A Way Out. They will both have a button in front of them — ground pound a button to hear a line from one of them, with their original voice actors and all. However, the achievement you want will result from both May and Cody ground pounding both buttons at about the same time.

Doing so will trigger a cutscene, featuring back-and-forth dialogue from the Leo and Vincent toys. Not to spoil the scene, but it should be refreshing and nostalgic for anyone who experienced the entire game with a friend. It is a little questionable that Cody would gift his young daughter some toys based on a violent prison break video game, however.