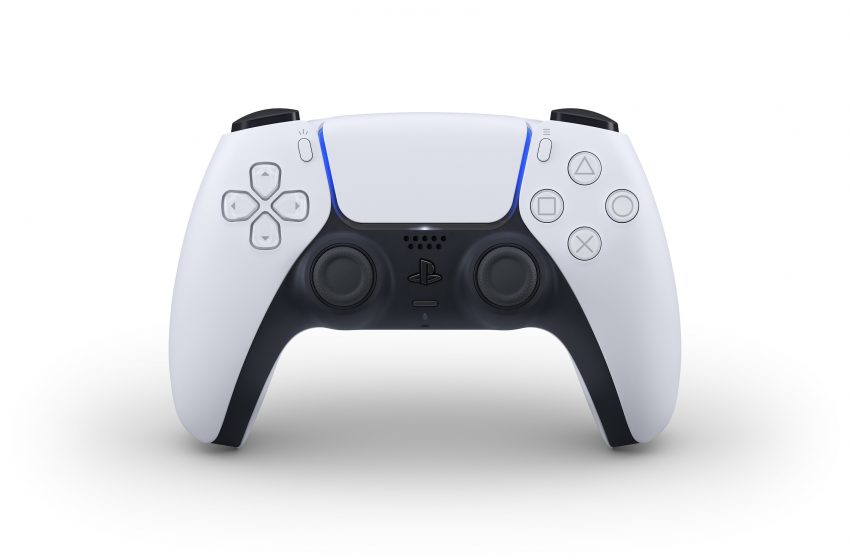 DualSense is the name of the PlayStation 5 controller, releasing alongside the console by the Holiday 2020, Sony has announced. The controller is coming with a disruptive design that applies several changes to the current DualShock 4, some of which have only been hinted at.

DualSense is white because it’s different

Firstly, the color. The Japanese platform owner has chosen to go for white as the main color with black finishes, a radical departure from the previous two generations of PlayStation controller, which had gone for single, black color at launch.

Fans are already toying with the idea of having limited editions and multiple colors added after launch, and Sony will go that way possibly a few months after the release of the PlayStation 5, like how it did for PS4 (and PlayStation consoles before of it).

However, those fanmade renders are a further hint at why the console maker went with a black and white color scheme for DualSense – it needs to make it clear from the moment you were going to look at it that it was supposed to be different from DualShock 4. It needed to surprise fans to remark the extent of the change it is going to apply to the way we play.

The PS5 controller is set to introduce many new functionalities, some of which had already been disclosed, some others are still waiting to be confirmed as we get to learn more about the operating system of the console.

The DualSense name itself is due to the introduction of haptic feedback, which is expected to convey a new feeling to the players – they’re not supposed only to be providing inputs but also to be receiving those.

Haptic feedback allows the controller to give you a peculiar response to each action you’re doing on screen, whether it’s that you’re kicking a ball on a football pitch or crashing against a wall in a racing game.

On top of that, part of the same vision we have the adaptive triggers, which are opposing more or less resistance based on the action you’re going to do: when drawing a bow to shoot an arrow, you’ll notice it’ll act differently from taking a sprint in a sports game.

While this is something we had already been given a sneak peek, new features have also been revealed in the latest PlayStation Blog post.

The controller is coming with an integrated microphone that will allow you to have quick chats with your friends without using an external mic. It boasts a button to shut it down in case you’re worried about your privacy.

Sony itself suggests you use this solution only for chats on the fly, which means it doesn’t come with a Blue Yeti-quality level. Still, it’s a quiet confirmation that rumors about PlayStation Assist – a vocal assistant that will drive you through your games and OS menus – is a reality and could be revealed shortly.

Another feature that was just revealed is the Create button. It’s replacing the Share button, but it’s designed to be an expansion of that concept: through this button, we’re going to share not merely screenshots and videos, but “epic gameplay content.”

More on this will be revealed soon as part, again, of the PlayStation 5’s OS, but it looks like a hint at the rumored Google Stadia-like feature that could allow you to share the state of your game with a friend and have them in right away to help, and even more.

More nuanced changes have been applied to the design of already existing features and the controller itself. DualSense form is more curved compared to DualShock 4 as it is slightly bigger, but Sony put a lot of effort in trying and not making it feel like that.

Front buttons such as triangle, cross, square, and circle don’t have their iconic colors on them for the first time, and that’s another little departure from the past. The lightbar is no more. The touchpad has been inclined on the sides and equipped with side lights instead of one on the top as it is on DualShock 4 – that is likely going to be used with PlayStation VR so it can detect the controller.

The front buttons are not a separated part from the body of the controller and that, together with the Create and Options buttons being inclined themselves, should make it easier to reach them. The overall form factor and more curved design should also help with R1 and L1.

Finally, the PlayStation button is no longer included in a sphere as it happens with DualShock 4. The logo itself is serving as a button of the same grey color of the joypad’s inferior part. At the time being, we don’t know if it’s equipped with some light to remark the controller is on.

PlayStation 5 has been confirmed to be releasing during Holiday 2020, once again, and that is somewhat useful considering the most recent Last of Us Part II delay.

The controller itself might give us an idea of how different the design of the console could ultimately be, with white now possibly being its color (or its primary color, accompanied with black finishes).

Its lower part could, however, be used as a “hook” for Sony to keep black as the primary color for PlayStation 5, even though that would be rather bold – perhaps even more than the new controller’s design itself.

Something similar to PS4 could be considered a step back in this aggressive design strategy. At the same time, it’s clear that, after this gen’s success, the platform owner wasn’t forced to make such a significant departure as Xbox Series X.

Looking at how disruptive the DualSense’s design and even its name is, Sony has set high expectations when it comes to the look of its next-gen console. Whether it’s good or bad, it’s up to you to decide.