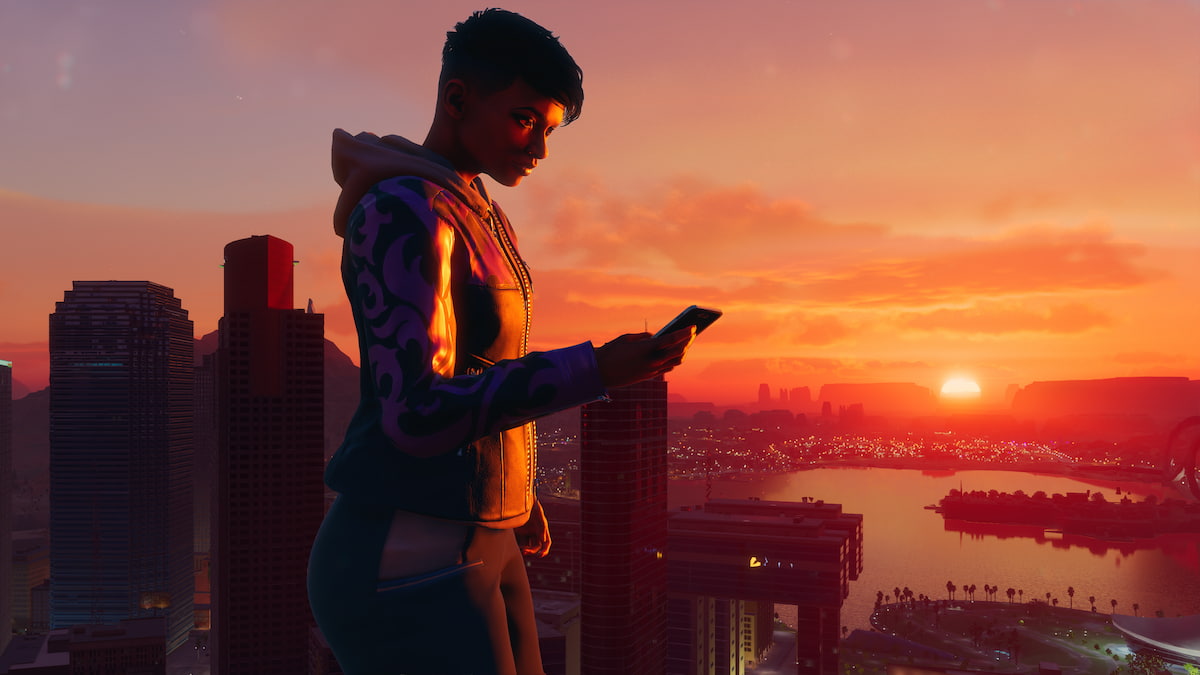 Saints Row is a series with two very different takes on the open-world crime genre. With the original Saints Row and its sequel, it was Volition’s take on Grand Theft Auto. It took place in a city named Stillwater, and it was grounded with a dose of grandiose flair sprinkled throughout. Then came Saints Row: The Third and IV. It became a different style of game, set in a metropolis named Steelport, run by over-the-top crime syndicates, and the Saints were criminal superstars that were more violent superheroes than lowly gang members.

As we saw in a hands-off preview, the new Saints Row aims to bridge the gap between the two diverging styles.

A tale of three cities

With the upcoming reboot, the developers at Volition are aiming to strike a balance between the two cities. Enter Santa Illeso, a sprawling Southwestern influenced region hoping to provide new grounds for the Saints to flourish. From my hands-off experience, the city’s design tries its best to represent that balance in numerous ways. The outskirts of this city are home to desert, trailer parks, and run-down shopping strips that have seen better days. The deeper you venture into the heart of Santa Illeso, this changes. Skyscrapers, neon lights, and the glamor of a bustling nightlife provide a stark juxtaposition to the run-down nature outside its borders.

The design of Santa Illeso is key to the creative approach that director Brian Traficante spoke of during the presentation. The developers wanted to create a feel nestled between Saints Row 2 and Saints Row: The Third and then have some wiggle room to establish its place in the pantheon. My experience with this franchise dates back to the original. I loved all four games, but something was lost when they evolved into criminal superheroes fighting a comic book-style war in Steelport. The grounded environmental storytelling and grit Stilwater provided was lost. Santa Illeso’s core look and design look like a much better location to tell a story of growth and ground some of the absurdity the series became known for near its end.

With the open world’s design aiming to strike a visual balance, it’s ultimately up to the gameplay to deliver on that design choice. In our extended off-hands gameplay demo, we witnessed a look at the gameplay loop. Saints Row is a complete reboot, and what we saw displayed that fact prominently.

The story missions I watched felt like a stark contrast to the end of the previous four games. Our new Boss is starting from the very bottom — no genuine funds, gang, or reputation to speak off. These changes were evident in the entire demo, but the story mission, titled Making Rent, emphasized the approach as the whole of this reboot. In this mission, the Saints need money to pay for a place to lay their heads, plot out their future criminal plans and resort to robbing a loan shark business.

This mission was a microcosm for all the changes the developers promised during the reveal for Saints Row. The Boss and this new crew of characters need a place to stay and decide to rob a loan shark to fund their burgeoning criminal enterprise. They engage in a small shootout and ultimately escape via dirtbike chase through the desert. The Boss and new friends Eli, Neenah, and Kevin banter and assist in pulling off this small-scale heist.

The crew then meet up to discuss everything that went down and realize they are building the foundation for something more significant. A simple heist may seem like a common mission in the open world genre, but the writing elevates it to new heights. The grounded nature of Volition’s approach showed through from story to gameplay in one short mission.

Simple aspects such as a car chase demonstrated a renewed focus on vehicle physics and handling. Cars have new abilities that can lead to takedowns resembling Burnout. When the Boss engages in a shootout, the sound design of the weapons pops with a resounding thud and bass-infused staccato of heavy automatic gunfire. New action skills and finishing attacks allow for some flexibility in close-quarters combat. One such skill called Pineapple Express was the highlight of the presentation. It will enable you to strap a grenade to a combatant and throw them into a crowd before exploding into a bloody mist.

These changes were numerous and smartly designed. Funneling XP and mission rewards allow for a fun character build, but are far from the superhero antics the series ended. Before, during, and after missions, the group dynamic was missing in Saints Row IV. A vulnerable Boss can lead to exciting gameplay and narrative moments. Watching this cast have conversations with each other is key to this balance.

Focusing on a small group of friends and a new Boss is at the heart of this new chapter of the long-running series. The Boss’s story of rising through the ranks and the bonds that form along the way was the heart of what made Saints Row special. The later games and spin-offs focused more on spectacle over story, so finding a way to build a bridge between old and new was key to everything I witnessed.

The visual design of Santa Illeso and overhauling of core open-world gameplay mechanics reinforce that concept. Time will ultimately tell if Volition is successful in achieving this goal, and I can’t know whether they will without having my own time to grow alongside this promising cast of characters. However, like the customization event, this hands-off demonstration of world design, story, and gameplay emphasizes a clear understanding of what worked and didn’t near the end of this series.