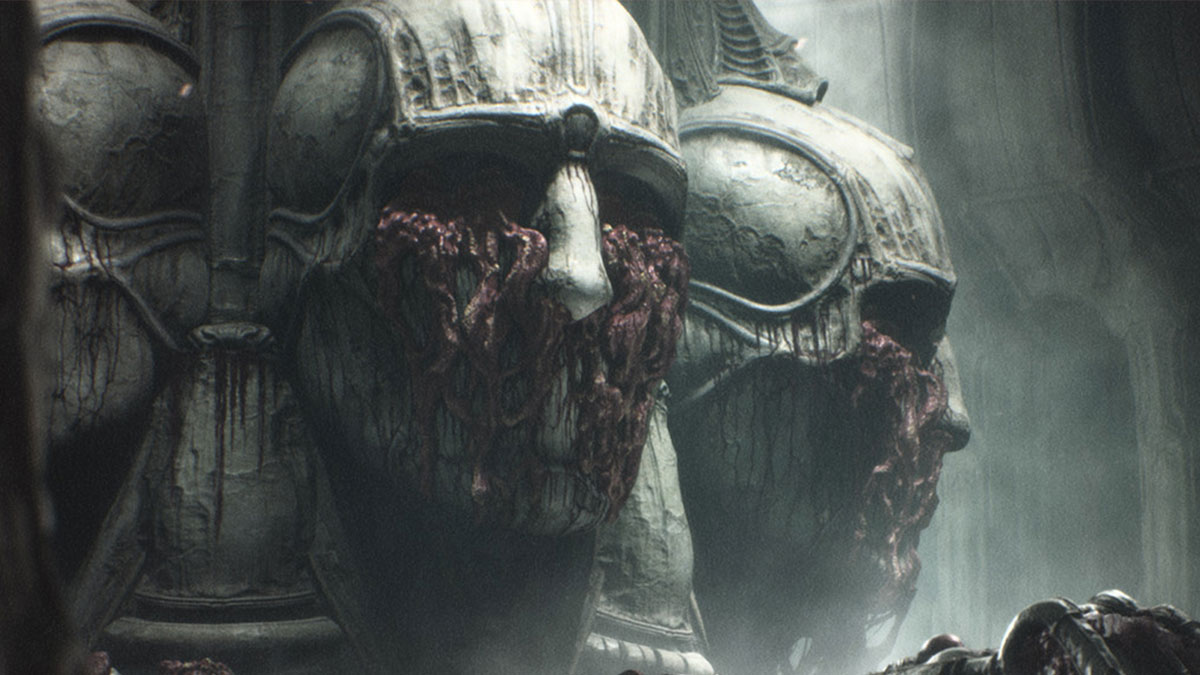 From its first appearance, Scorn has been a game worth keeping an eye on. Ebb Software’s survival horror game is heavily inspired by the works of H.R. Giger and Zdzislaw Beksinski, which gives it an otherworldly, futuristic look that is probably best described as grotesque. Sure, many horror games make you feel uncomfortable with their environments, but Scorn is something that feels completely alien. Recently, I went hands-on with Scorn for a short, 45-minute section to get a better understanding of exactly what Scorn is going to be.

Why is everything so sticky?

In the demo, you wake up as a skinless person stuck in a bizarre, sticky world. It’s not immediately apparent what you’re supposed to do, and, frankly, Scorn’s developers aren’t really interested in giving you any hints of what to expect or even do. Instead, you’re left to explore its world and try to solve its puzzles.

On one hand, this helps immerse you in the experience. You don’t know what’s happening in the world, which often bleeds over into the puzzles. Not only are you constantly stressed out about what could be around the next corner of this unfamiliar world, but you’re also constantly puzzled over your next step. Because Ebb Software doesn’t baby you (or even give you a nudge in the right direction), you can quickly start to feel lost, which is where that other hand comes into play.

When you’re working your way through Scorn’s world, it can be difficult even to tell exactly what you can interact with. The game does highlight it lightly, but on the first puzzle, I overlooked one interaction point and was left to wander the area for much longer than I should’ve. Of course, part of that is my fault for seemingly being blind; I would’ve liked to have a little more steering toward the actual objective. This became even more frustrating when I finished the puzzle, and half of the area I was exploring wasn’t even used in the puzzle.

We have to go back

The short demo also didn’t give me a good sense of the game’s combat. While that element doesn’t really seem to be the focus of Scorn, the demo only lets you play with one gun, and you don’t fight anything that actually fights back. Without more, it’s hard to say how satisfying this aspect of the game will be. There were also a few technical issues (most notably with audio not playing in certain scenes), but there’s still plenty of time for the devs to iron those out before release.

What I can speak to is that Scorn absolutely nails the vibe it’s going for. Scorn is much more interested in building a tense environment that frightens players with something they might never fully understand. It’s not about jump scares or cheap tricks. It’s a mysterious, organic world that will never let you feel at home. While I definitely have some misgivings about how little the game tells you about how to interact with its world, that sense of dread permeates just about every second of the game.

If the team at Ebb Software can continue to build on that with encounters that put you on the backfoot through both challenging combat and brain-teasing puzzles, Scorn will be worth checking out. I was already very excited to see what Scorn brings to the horror genre, given its stunning visual style. After playing it, I’m even more intrigued. The world Ebb Software has built is brimming with possibilities, and I have to see what’s going on in this strange, terrifying world.