We’re starting to see more evidence that Sony’s official PlayStation 5 reveal is imminent. With it, we’ll probably get confirmation about the first games slated for it, including a possible Horizon: Zero Dawn sequel among others.

In the past, we talked about sequels we wanted to see on the system, including Sly Cooper, God of War and Jak and Daxter. But then we thought, “There are a lot of franchises that haven’t seen the light of day in several years. Wouldn’t it be great if Sony brought them back for PlayStation 5?”

So here are seven potential game series that could use a fresh new start on Sony’s latest hardware, and bring in a mixture of older and newer players that would appreciate them completely. Pay close attention to this list, Sony.

The return of MotorStorm might be hard to consider since the series’ original developer, Evolution Studios, isn’t around anymore. But if Sony could find the right team to work on the franchise, this off-road racer would be a thrill. Introduce photo-realistic terrain to race upon, along with vehicles that can fall apart in several ways and networked online play, and you could have a follow-up that could easily outperform the last game in the series, the under-appreciated MotorStorm Apocalypse.

While the first two Dark Cloud games got the re-release treatment (in PlayStation 2 form) on PS4, it’s been an eternity since we’ve seen a new game. Granted, Level-5 has been awful busy with other projects as of late, like Nintendo’s Professor Layton entries. That said, Sony could pull off some genuinely magical role-playing goodness if it persuaded the team to make a new adventure in the series, complete with colorful visuals, intricate gameplay, and several other plays. A new Dark Cloud would brighten up someone’s day.

No, it won’t eclipse Super Smash Bros. Ultimate’s popularity anytime soon. But a new entry in the PlayStation All-Stars Battle Royale series would be a welcome sight on the PlayStation 5. With a vast roster of first and third-party stars from the PlayStation era, combined with easy-to-grasp but hard-to-master gameplay and exciting multiplayer options, there’s no reason this series couldn’t create a stir again on the PS5 front. Plus, where else are you going to see Parappa the Rapper knock Kratos from God of War senseless?

Sony did release WipEout Omega Collection for PlayStation 4 in 2017, which we’re quite grateful for. However, we haven’t seen a truly new entry in the futuristic racing series in what feels like forever. XDev, the team that made Omega the spectacular ride that it is, could quickly put its heads together with the original series programmers and create a stunning sequel with unbelievable futuristic landscapes, fast-speed action, and VR options, for those that can stomach them. Plus, the gameplay could easily be integrated into the potential DualShock 5 controller to make it rise to new heights. The future is now, so why don’t we get a future racer now?

This humorous and engaging little series might be one of Sony’s most underappreciated gems. And yet, there’s something about it that’s become insanely popular over the years. So an Ape Escape 4 isn’t entirely out of the question, especially when it comes to new gameplay features and innovative visuals. SCE Japan Studio could easily throw in co-op support so that players could go after rogue apes together. Now that’s sure to make a few fans go…bananas?

If you picked up the original PlayStation back in the ’90s, you might recall a quirky—yet incredible — first-person platforming series called Jumping Flash! In it, you control a robotic rabbit as he fries enemies, makes his way to higher platforms, and explores innovative worlds. A third entry in the series would be most welcome, with massive visual upgrades and more weapons than you could shake a robotic frog at. There could even be support for those speedrunners out there that think they can beat the game in record time. Hop to it, Sony.

Sony did attempt to bring back Twisted Metal in 2012 with a new game, featuring online support for multiplayer. It was pretty good, though it didn’t quite compare to the brilliant Twisted Metal Black. Alas, it’s eight years later, and we feel the need to destroy stuff with Sweet Tooth and his heavily armed ice cream truck again. With more online modes, customization, sizzling visuals, and exciting gameplay, Twisted Metal could easily hit the road again and pick up several interested parties. 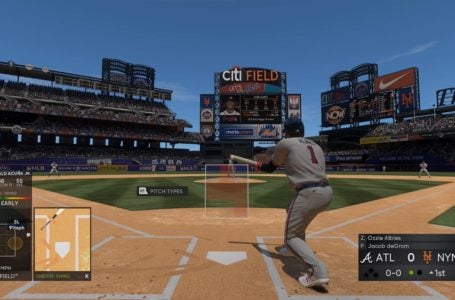 How to bunt in MLB The Show 21

How to become a psychiatrist in BitLife