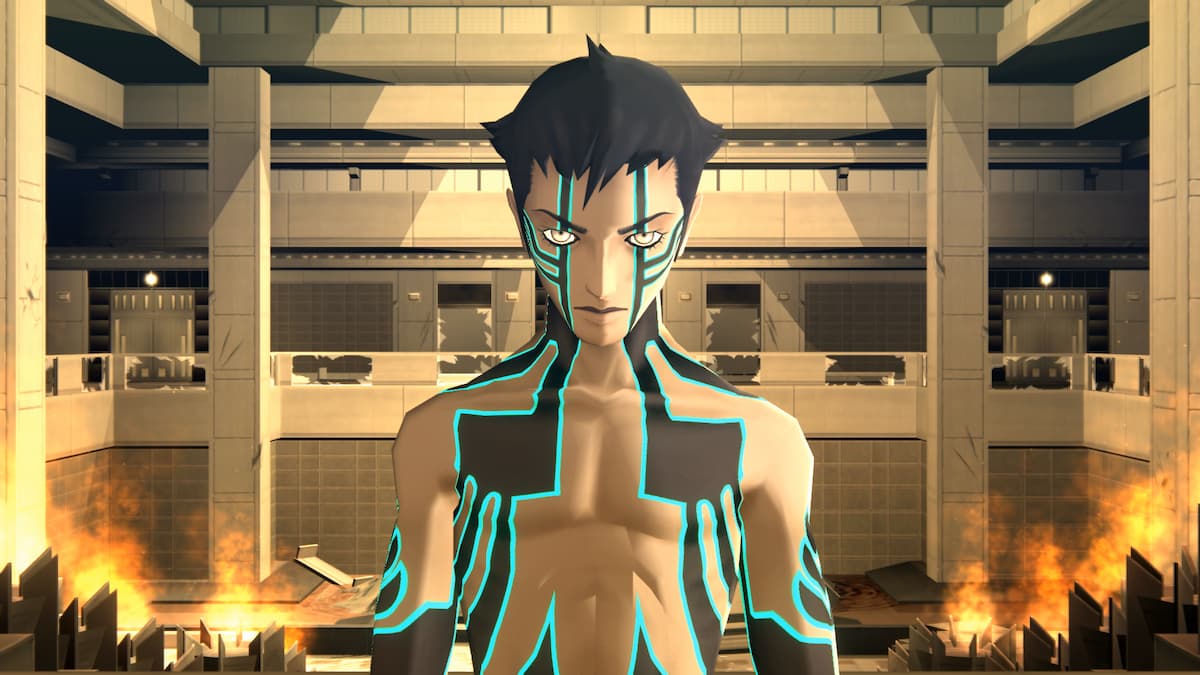 It’s been nearly 20 years since Atlus Japan released the third main entry in the Shin Megami Tensei series, Shin Megami Tensei III Nocturne, for PlayStation 2 in 2003. The flagship JRPG franchise follows each game’s protagonist as they navigate an apocalyptic Tokyo, teaming up with the demons that infest the ruined world and try to bring about law, chaos, or something in between. Other than the diverse demon recruiting and fusion mechanics, the series is best known for its alignment system, which changes the ending depending on your actions and dialogue choices throughout the game.

Unlike previous titles, Atlus sought to change up the SMT formula with Nocturne by featuring a more contemporary setting, a half-demon protagonist, dungeon crawling in third-person view, and cell-shaded graphics. The initial version was so popular in Japan that Atlus released several new versions featuring more content and guest characters. In 2004, it went on to be the first SMT game released in the West, introducing a new wave of JRPG fans to this unique franchise.

Now Atlus is hoping to recapture that magic and bring in a brand new audience to the core franchise with Shin Megami Tensei III Nocturne HD Remaster. This brand new remastered version is coming to PlayStation 4, Nintendo Switch, and PC with two versions: the Standard edition for both physical and digital, and the Digital Deluxe Edition, which comes with all DLC.

I was able to get my hands on the game in an early preview, capping off once the protagonist arrives at the underground shopping center in Shibuya. And judging from what I’ve played so far, Nocturne HD Remaster is the best way to experience this classic title.

The visuals — both character models and environments — have been upgraded to a much crisper high definition. This goes an incredibly long way to making the game more accessible to newcomers who are used to the HD look from Persona 5 and Royal, and it’s a much-needed improvement to the original’s muddy graphics.

Other than the apparent upgrades, the cell-shaded art style and stark, almost simplistic lighting hold up well, despite Nocturne’s age. The battle animations are still charming, fluid, and surprisingly well suited to the personalities and abilities of each demon.

Nocturne’s overworld map is easy to navigate, with each of Tokyo’s explorable prefectures recreated with impressive accuracy and detail. The contrast between pre- and post-Conception Tokyo is staggering, with the former a lively and crowded metropolitan jungle while the latter is filled with bleak and empty desert, occasionally broken up by tiny pieces of city scraps.

You play as the protagonist who witnesses the destruction of Tokyo in an event called the Conception. Afterward, a strange young boy infuses him with a Magatama, which turns him into the half-demon known as Demi-fiend. From there, he explores the newly made spherical version of Tokyo, known as the Vortex World, along with his ally Hijiri.

Nocturne is a profound story of intrigue and tragedy as you witness those who struggle to make their mark on a ruined world. The minimalist storytelling pairs with the dark color palette, which perfectly represents how oppressive and bleak the Vortex World is. It’s full of complex characters and well-laid twists, coupled with the weight of your choices throughout the game that ultimately decide the fate of everyone involved.

Nocturne was the title that first introduced the now-iconic Press Turn system. You have a set number of turns based on how many demons are in your party, and with each critical hit or attack that exploits a weakness, you gain an additional half turn. If you miss an attack or target an enemy’s strength instead, you lose turns. It’s a simple premise, but it offers unmatched strategic depth as you work to maximize your turns while minimizing your foes.

The mainstays of the franchise, demon negotiations and demon fusion, make their return here. Demon negotiations are battle commands that allow Demi-fiend (or possibly a party member) to negotiate with a demon in battle for money, items, or to join your side. Not only is the practice itself vital to gaining new allies, but it’s a deep mechanic that takes serious effort to master. Demon personalities fall under several archetypes, as well as possessing individual characteristics that must be taken into account when choosing dialogue options and answering their questions. There’s still an element of surprise in the process, even after mastery, since some demons may bail on you regardless, while others may join you with no effort.

Meanwhile, the Cathedral of Shadows is the home of demon fusion, in which you combine two or more demons to create an entirely new one. Fusions are a smorgasbord of complex rules that are both broad in approach yet precise and consistent in each outcome. Mastering each rule isn’t necessary to beat the game but will reward you with more powerful demons than normally possible. For instance, using an Elemental demon increases the rank of the result within that demonic race, while using a Mitama demon in a fusion significantly boosts the resulting demon’s stats.

There’s also the Magatama system, which are parasites that grant the protagonist demonic power and teach him a variety of skills. Combined with the ability to allocate stat points as you level up, you can completely customize Demi-fiend’s build to what best suits your playstyle. The Magatama system is decently balanced, with both physical and magic-based builds being equally viable. However, the main caveat is that Demi-fiend can only possess eight skills at a time, and once you forget a skill, it’s gone forever. Creating a build with the proper synergy between stat growth and a complementary skillset requires quite a bit of foresight and planning, which many newcomers may not realize until it’s too late. And considering the difficulty of Nocturne in the first place, messing up on the protagonist’s build could render a game nearly unplayable.

The Merciful difficulty tier makes its debut through the DLC, which is Nocturne HD Remaster’s easy mode meant for those who just prefer enjoying the story. The ability to suspend save is also new, making dungeon runs much more forgiving since players won’t be stuck relying on the sparsely distributed terminals. Despite one of the game’s selling points being its infamously brutal gameplay, these two features will do wonders in making Nocturne more accessible to the new playerbase migrating from the more forgiving Persona series.

The title now features English and Japanese voice work for the first time, and both are exceptional, perfectly complementing the reworked localization and breathing new life into already compelling characters. As someone who played through the original version, the voice work fits surprisingly well.

There are three other DLC packs that players can purchase: the Maniax pack that replaces the default guest character Raidou with Dante, the Mercy and Expectation map packs, and the Shin Megami Tensei BGM packs that replaces certain battle and background themes with the corresponding music from SMT I through IV/IV: Apocalypse. They’re optional but offer some customization options for those who are willing to spend the money.

Other than quality-of-life changes such as suspend saves, a reworked localization script, and English and Japanese voice work, Shin Megami Tensei III Nocturne HD Remaster holds up substantially well through the strength of both its story and gameplay. It’s a well-paced and engaging JRPG with a dark and intense atmosphere that’s enhanced by the minimalistic storytelling and morally complex cast. And thanks to the patches carried over from the Japanese version that have been implemented for its Western release, the port is much smoother and more functional. That said, we still noticed the rare instance of slowdown during gameplay, made even more noticeable since the game normally runs at 30 FPS.

Veterans of the franchise will find just enough new features and content, both paid and free, to make this Remaster worth the buy (other than the main selling point of console accessibility). New fans, meanwhile, will be treated to a wholly unique experience compared to both the Persona series and even within the mainline franchise, which is sure to satisfy.

Shin Megami Tensei III Nocturne HD Remaster hopes to attract a new generation of fans by bringing the title to current-gen platforms, and from what we’ve played so far, it does the job swimmingly. 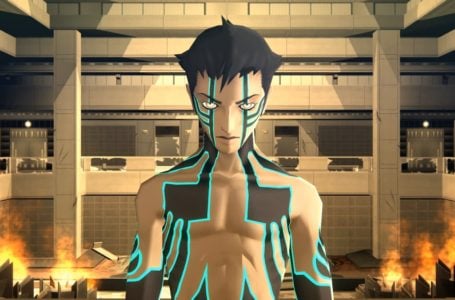 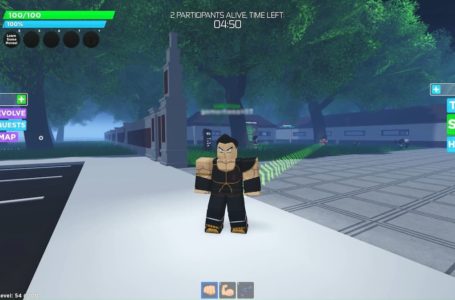 How to make Stubs quickly in MLB The Show 21 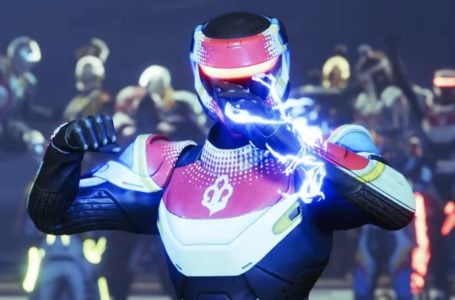 What is the Daily Focus Playlist in Destiny 2?