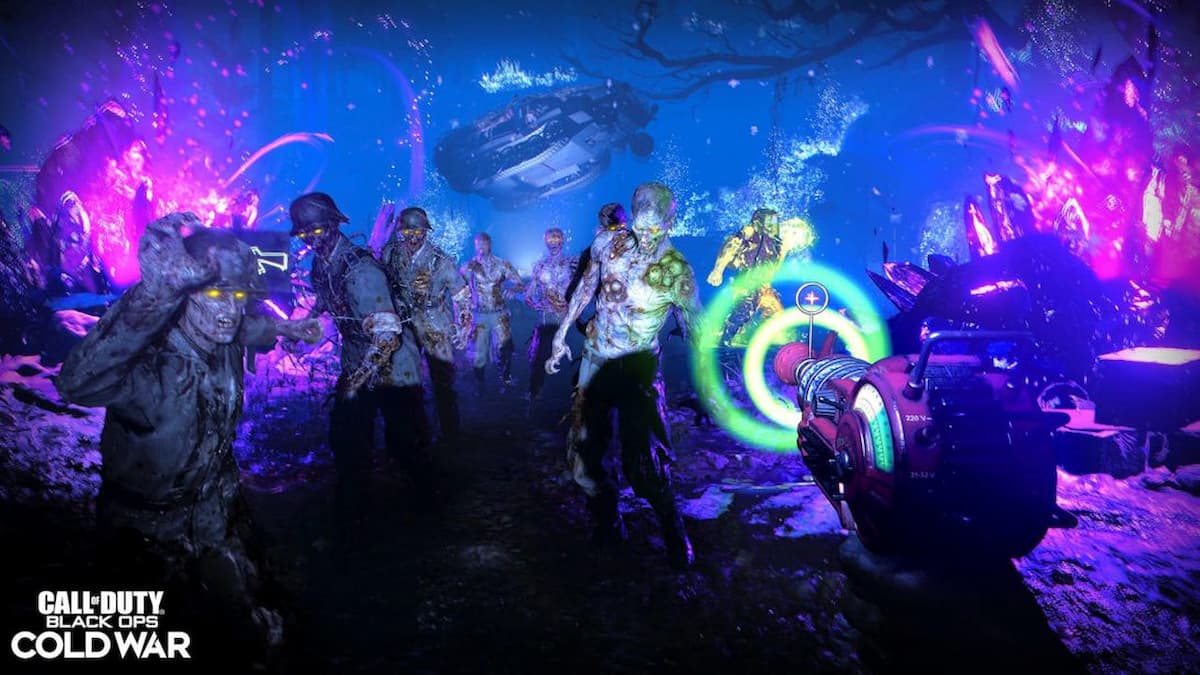 Call of Duty Zombies may have started off as a nice little bonus for completing the World at War campaign, but over time, this easter egg game mode grew into a juggernaut that stands as an essential pillar of content in Call of Duty. In fact, Zombies is the biggest reason why some people continually come back to the games.

Back when I was in high school, I had little interest in Call of Duty multiplayer, but if developer Treyarch was making one of its Black Ops games, I was sure to be there day one to see what was new for Zombies. I always loved their attention to detail and the storyline they had woven throughout all these obscure timeline hops and dimension jumping. It resonated with me perfectly and was enough for me to spend the money on each title. Whereas the multiplayer was the same experience year after year, I knew I was getting something new and unique in Zombies.

But Treyarch is not the only Call of Duty developer to have made a Zombies mode. Call of Duty: Vanguard lead developer Sledgehammer Games made Advanced Warfare’s Exo Zombies and WWII’s Nazi Zombies modes. Even Infinity Ward had a Zombies mode in Infinite Warfare. While those versions of Zombies have their defenders, they never came close to the amount of enjoyment I get from a Treyarch Zombies level. Other CoD developers tried working in the same kind of complicated story and obscure puzzle solving, but it was never the same. It felt like having Zombies just for the sake of having Zombies, rather than building off of what Treyarch established. That is one reason why Treyarch continuing their Zombies story in Vanguard is truly exciting for me.

While Treyarch is most associated with Zombies, the mode used to feel like an afterthought when it comes to its place in Black Ops games. As a dedicated player of the mode, it felt like fixes and updates were slower to arrive in Zombies compared to multiplayer. Multiplayer will always be the big thing for a Call of Duty game, but a very passionate and loyal Zombies community deserves better. They are always there to solve the most obscure codes hidden in each map, compiling hours of video over the storyline, and doing ridiculous amounts of research in so many ways just to find out what is going on in this story. This is the stuff we live for.

So what should we expect out of Vanguard Zombies? To start, I expect to see more of what we have seen from Treyarch over the years with its Zombies output, likely meaning one round-based map at launch and probably a mode similar to Outbreak in Black Ops Cold War. As time goes on, more maps and content will be added like usual — but this time, we won’t have to wait years for Treyarch to make another Black Ops game.

With Vanguard Zombies, Treyarch is going back to the Dark Aether storyline that started in Black Ops Cold War and making what should be a prequel of sorts. In the first Black Ops Cold War Zombies map Die Maschine, we are placed in an abandoned Nazi experimental site that also includes Nacht Der Untoten, the very first Call of Duty Zombies map. That makes Vanguard’s World War II setting perfect for a prequel in Zombies. We can be introduced to a new cast of characters and find out what events led to the shutdown of Project Endstation in Die Maschine.

The ideal future of Zombies

While the rollout of Zombies content should be the same as usual through Vanguard’s lifespan, it’s the future that truly has me excited. For the longest time, I have been hopeful of a standalone Call of Duty game that was 100% focused on Zombies. Earlier this year, alongside reports that Treyarch was making Zombies for Sledgehammer’s Vanguard, rumors began popping out that Treyarch is working on just that. Longtime leaker Tom Henderson has hinted at a standalone game in production almost all year. Granted, there is still a big chance that such a game turns out to be nothing more than a fantasy, but if it ends up being true, that would only further catapult the series to newer heights.

Suppose Treyarch can have a larger dedicated Zombies development team, one that could take on a standalone game. That could lead to bigger and better maps, maybe even more than the five to six we now see in the Call of Duty games, and an explosion of features that are beyond the scope of “the third mode sitting behind the campaign and multiplayer.” Treyarch’s Zombies is growing, and Activision must have finally recognized that it should be the sole developer moving the game mode forward.

At the end of the day, Treyarch’s Zombies is a unique experience that is sorely needed in today’s gaming landscape. It molds together an engaging story with fun gameplay and pulls inspiration from so many areas for it. Call of Duty Zombies absolutely deserves to have its own game. It has more than proven to stand out from multiplayer’s shadow and show how it has staying power. This isn’t a side mode that people play one time and move on. They continually come back to the addictive gameplay and discover a lot between the easter eggs and storyline. Even if it doesn’t get that standalone, the fact that we can get more Treyarch Zombies with every Call of Duty helps add a little more excitement to the annual releases.