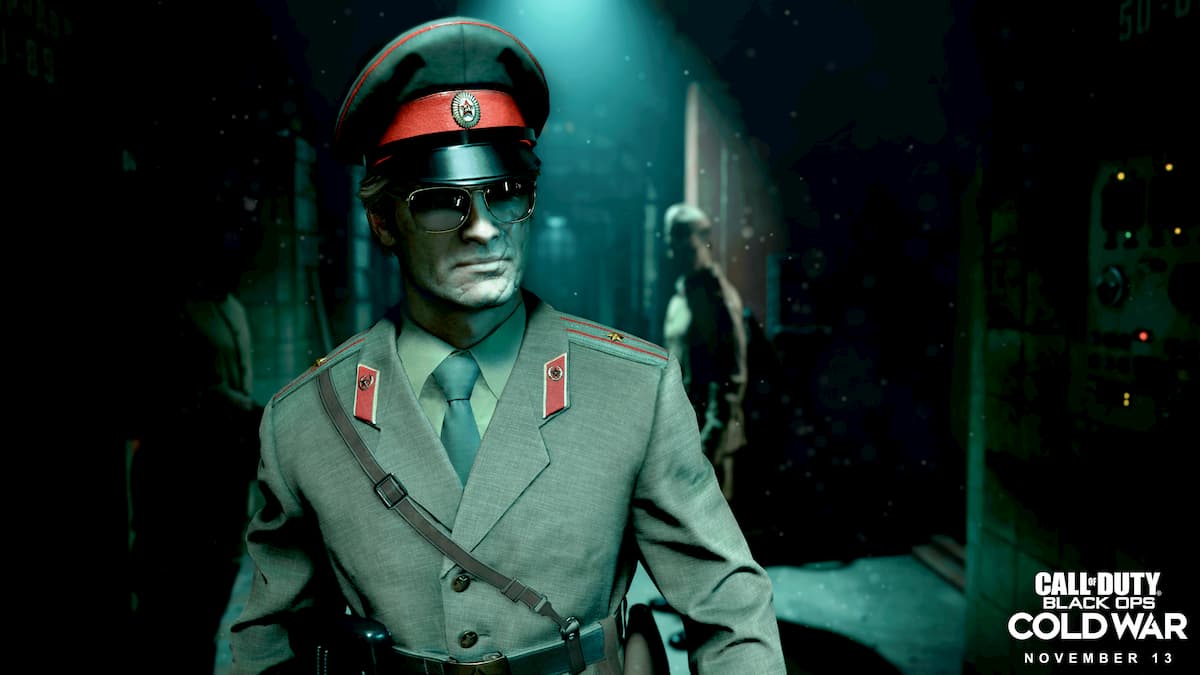 In the Desperate Measures campaign mission of Call of Duty: Black Ops Cold War, you play as a KGB agent who has turned and is trying to assist Adler in infiltrating the organization’s headquarters. You’ll be called to a meeting, and Gorbachev and other leaders share that they’re looking for a mole and have brought experts in to flush them out. While your primary goal is to obtain a bunker keycard for Adler and Bell, it’s also worth it for your playable character of Belikov to protect himself. There’s even an opportunity for you to frame Charkov (if you don’t want to poison him) so it looks like they are the traitor.

To start this mission, open up your KGB headquarters map after you’ve deactivated the security cameras and look for the “Frame Charkov” opportunity on the map. It should be right at the center of the building, at the checkpoint. Kravchenko, an antagonist from the first two Black Ops games and one of two individuals attempting to flush the mole out, is standing at the checkpoint. Speak to him, and then another opportunity will arise for Belikov to make his way to the server room where he can fabricate evidence to make it look like Charkov is the traitor.

Stick to the left as much as you can and weave through the office desks to reach the back room. Once you’re on the computer, none of the guards will bother you, even if they pass by the front of the office.

While at the computer, follow the onscreen prompts until the computer asks you what connections you need to make. On the bottom left of the computer is a sticky note of several codes. Your main focus will be on the under maintenance ones, which are highlighted in orange on the screen. You need to confirm three code fragments to make the connection. These codes are 876, 599, and then 345. The connection will be established — you can frame Charkov, and a printout of that fabricated evidence will printout on the other side of the room.

This becomes tricky because one of the guards will be alerted to the printer. They don’t ruin the operation or cause problems, but they’re standing in front of the printer, blocking your path. You need to wait for them to walk away and then grab the information.

Once you exit the room, return to Kravchenko with the evidence to protect Belikov from being discovered as the actual mole. Charkov will be arrested shortly after you present the evidence.